Was This The Best Moors Autumn Gala Ever? 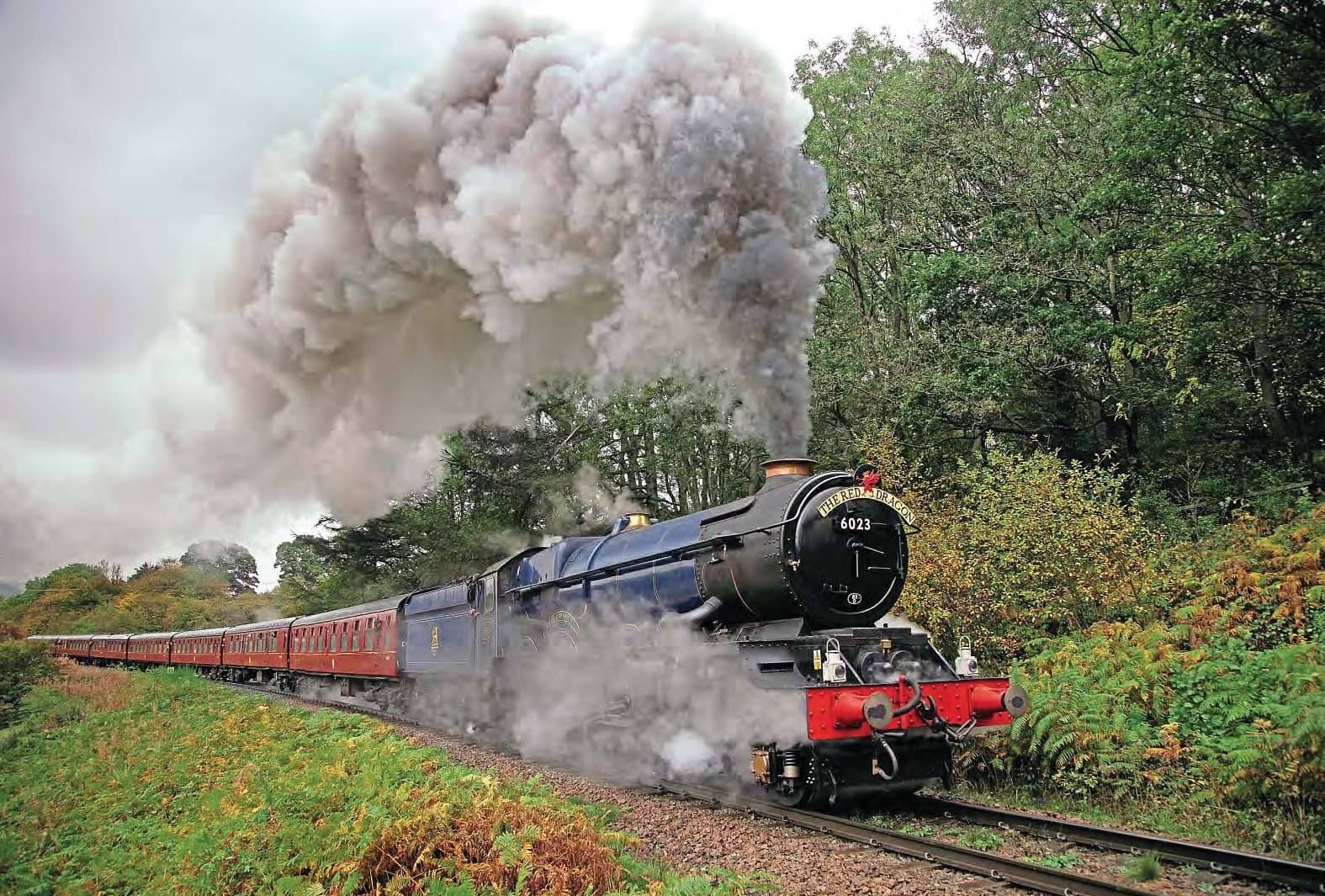 The long-awaited return of BR Standard 9F No. 92134 after 53 years out of steam, plus stunning displays by visiting and home fleet locomotives set in spectacular upland landscapes turning to autumn gold, made the North Yorkshire Moors Railway’s showpiece September 26-29 event one of the finest of its kind ever held on the heritage line. And with ticket sales a third up, it proved a credit to the British tourist sector, writes Roger Melton.

For many enthusiasts, the North Yorkshire Moors Railway’s (NYMR) autumn steam gala is one of the highlights of the year. The autumn colours of the moors has again resulted in fabulous photographs, while the line itself offers the opportunity to catch the visiting engines working far harder than they do elsewhere.

This year the event seemed guaranteed to be a winner with a top-notch line-up of visiting locomotives and the prospect of several home-based engines returning to traffic just ahead of the event, giving the possibility of up to 15 appearings. 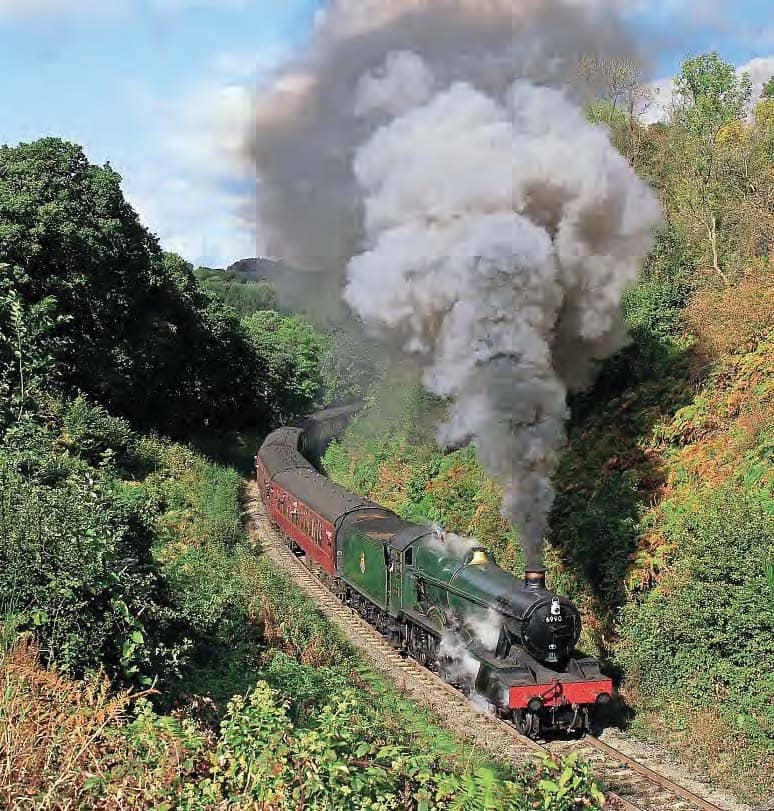 In the event, while the visiting engines all turned up and performed as planned, there was a little more inconsistency in the home-based fleet. A month or so before the gala, for example, it was announced that Peter Best’s USATC S160 2-8-0 No. 2258Omaha, (not strictly a home-based engine nowadays as it is due to move to the Dartmouth Steam Railway on long-term hire), which had been undergoing running-in trials after completion of its restoration at Grosmont, was remaining on the NYMR until after the big event, meaning that it would be able to appear in the gala and bring the potential turnout to 16 steam locomotives. 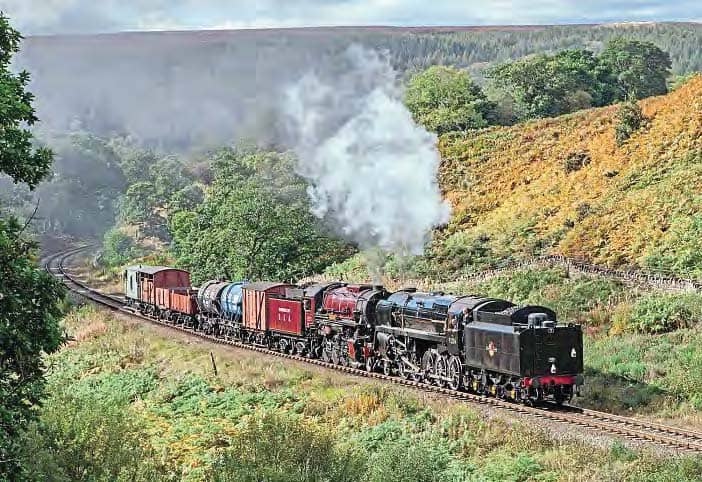 However, with less than a week to go, it was then announced that the sole surviving single chimneyed BR 9F 2-10-0 No. 92134, one of the anticipated stars of the show together with Paul ‘Piglet’ Middleton’s Cockerill 0-4-0VBT tram engine No.8 Lucie, would not be run-in in time to appear, even though it had undergone its first trial steaming and made its first movements around the shed yard by then. 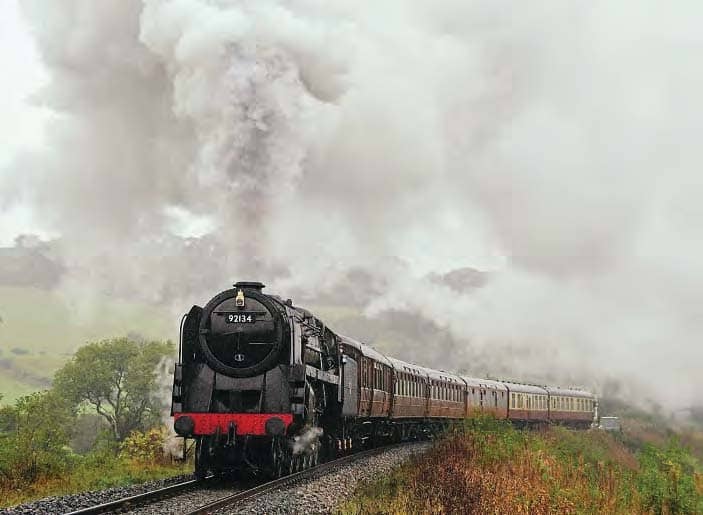 In the case of Lucie, its non-appearance was not unexpected as it is yet to have its overhauled boiler-fitted to its frames – and the real target for completion was to act as a mobile steam heating plant for Christmas services, but to all outward appearances the Crewe, 1957-built 9F, the 116th out of 213 locomotives bought for preservation purposes from Dai Woodham’s Barry scrapyard, was finished.