Storms Close ‘Last' Section Of S&D In Regular Use 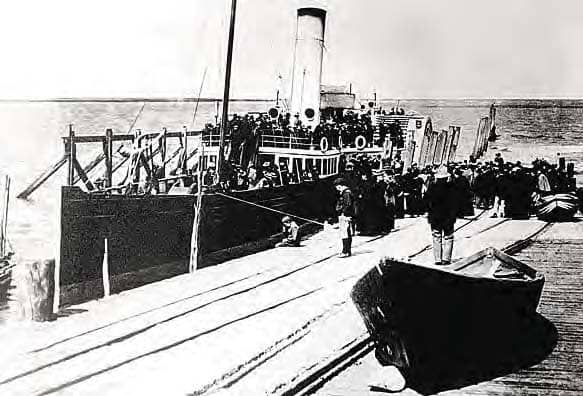 NEARLY 150 years after the line was opened, the last surviving part of the original Somerset & Dorset Joint Railway main line – and the legendary system’s westernmost extremity – has been taken out of public use.

Following extensive damage suffered by galeforce storms in the Bristol Channel in early January, Sedgemoor District Council has ordered emergency repairs to the roadway on Burnham-on-Sea’s jetty – which once carried trains to waiting ships parked alongside.

The jetty was 900ft long, built by the Somerset Central Railway (which later became the Somerset & Dorset Railway) and opened on 3 May 1858.

The railway itself had opened on the 17 August 1854 to run from Glastonbury (by Snow’s timber yard) to Highbridge, terminating at the wharf (by the cattle market). Those instrumental in getting the railway built were George Reed, a prominent Burnham resident, George Warry, of the Manor House, Shapwick, and James Clark, the shoe maker at Glastonbury.

The railway was extended in 1859 to Wells, Priory Road, terminating opposite the Sherston public house, and the other end of the line was in 1858 extended to Burnham-on-Sea, the station being built behind Abingdon Road.

The holiday traffic necessitated the building of a second platform, long enough to accommodate 10coach trains. From this station, track was laid across the Esplanade on to the jetty with a point laid on the wooden part of the pier, allowing two sidings to run down the jetty.