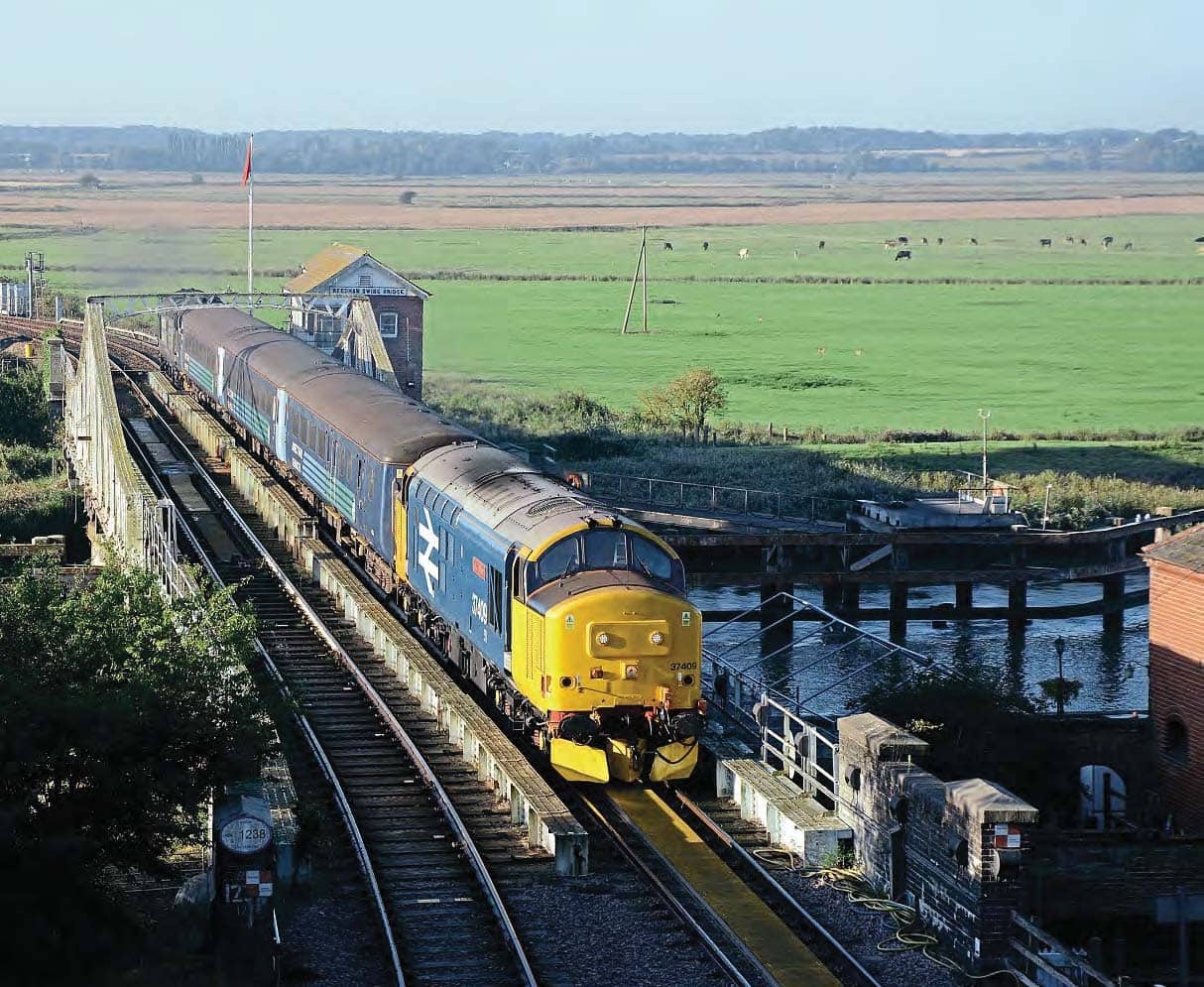 East Anglia was one of the first areas of BR to be completely dieselised. The first 10 of the English ElectricType 4 1 Co-Co1s (later Class 40) and the first batch of the BrushType 2 A1A-A1As (Class 31), together with substantial numbers of DMUs, started the modernisation process of East Anglia’s railways, but it was the introduction of the large fleet of English ElectricType 3 Co-Cos (Class 37) that enabled steam to be completely eliminated from long-distance services. Locomotive haulage of passenger trains is becoming rare on Britain’s railways, but East Anglia and, in particular, the branch from Norwich to GreatYarmouth, has tended to be an oasis of diesel locomotive haulage for many years. 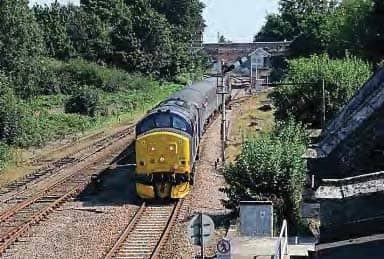 The last Class 37s in BR service survived to be transferred to EWS for continued freight service after privatisation in the 1990s but it was the formation of new, specialisedTrain Operating Companies that led to a revival in the fortunes of the Class 37 fleet. 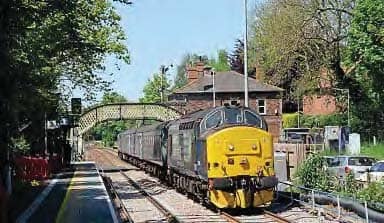