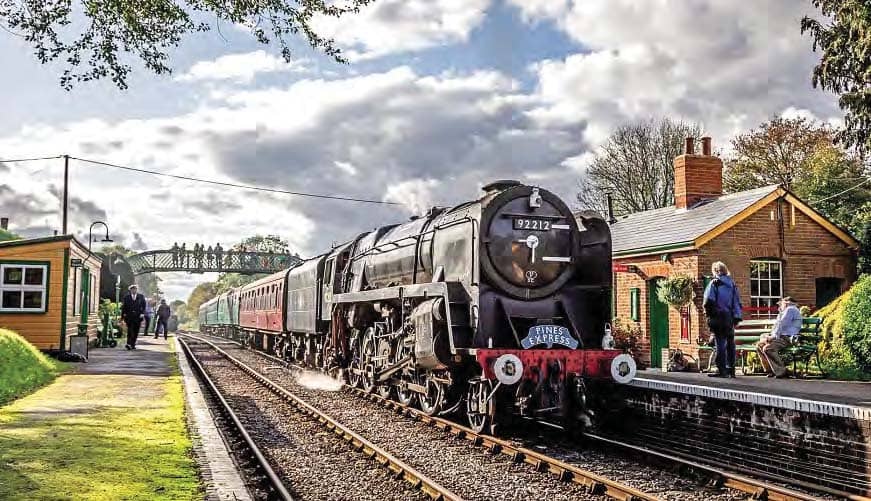 THE Mid-Hants Railway’s (MHR) October 18-20 autumn gala provided a varied line-up from the line’s resident fleet of locomotives – and also acted as something of a farewell event for a popular performer.

“With its boiler certificate expiring on December 31, the gala was effectively the last hurrah for 9F No. 92212,”said Richard Bentley, MHR operations manager.“Therefore, we painted its smokebox door metalwork white – as several members of the class were turned out in the final years of steam.” 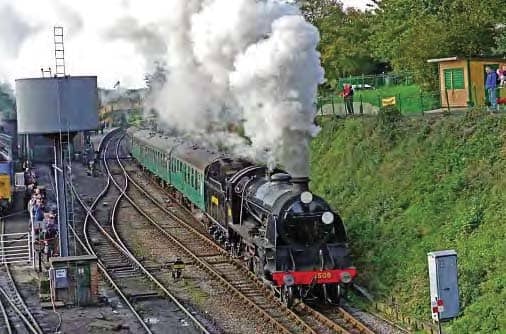 Asked what is expected to happen to the 2-10-0, including speculation that it may join fellow out-of-ticket MHR resident‘Black Five’No. 45379 at the former Tri-ang/Hornby factory warehouse in Margate, Richard replied:“Plans for the 9F’s future are currently awaiting confirmation.”

However, Richard confirmed the 9F is booked to work Christmas trains on the Watercress Line.“December 28 is due to be the last day of service for No. 92212. Our Second World War-themed Christmas Leave event on December 26/27 requires slightly longer trains, so the 9F is ideal. All being well, Urie S15 No. 506 and the 9F will handle the Santa trains. We then plan for No. 506 and BR 4MT No. 76017 to haul our regular service trains on December 31 and January 1.”