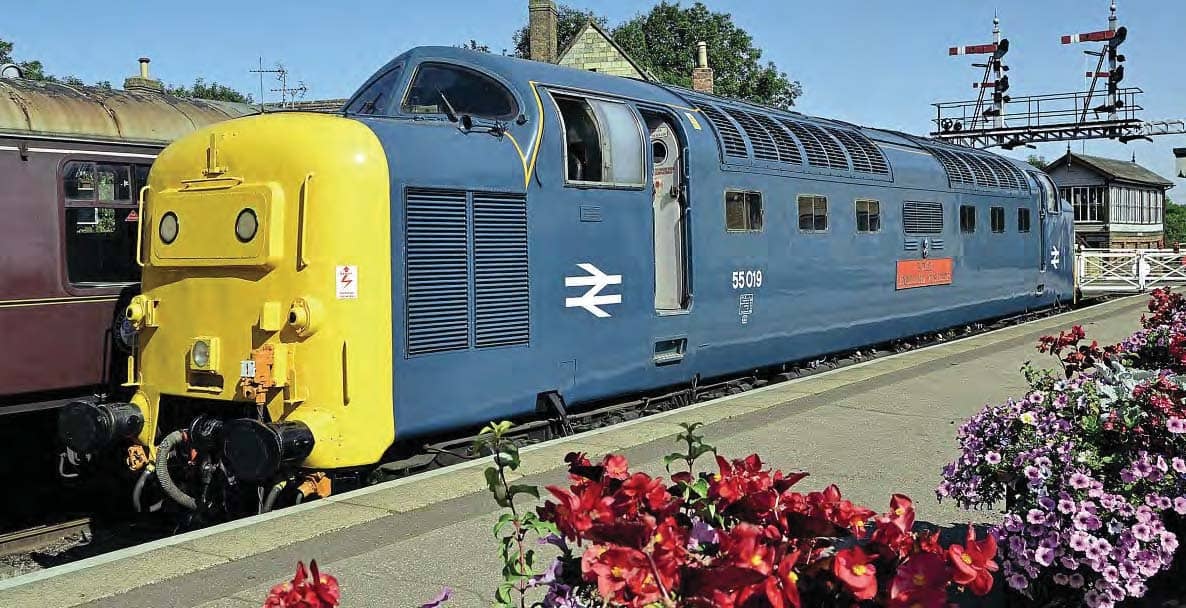 Chris Newton recalls his recent driver experience course at the Nene Valley Railway on Deltic diesel locomotive No. 55019 Royal Highland Fusilier, which he enjoyed with his brother after seeing it advertised in Heritage Railway.

At the end of August my brother Briancelebrated his 60th birthday. Like most people when they get older, he can be very difficult to cater for when it comes to presents. I say this as for his 50th I bought him a Western diesel driver experience course on the Severn Valley Railway. I couldn’t possibly think how I could top this for his 60th.

All was not lost, however. As a regular reader of Heritage Railway magazine, I happened to come across an advert in issue 255 for Deltic Driver Experience courses which were being held at the Nene Valley Railway. I thought that this would be perfect and just like the western Experience, it was better to be able to share it with someone you know and who has a passion for the same things.

This was good as it meant that I could go along and also experience the thrill of getting behind the controls of a former East Coast Main Line legend with him. After running the idea past my father, we decided to share the cost and in terms of the perfect present for Brian, we had killed two birds with one stone.

A phone call was made and our places were reserved for September 19 at 1.30pm. There were three time slots to choose from but due to the distance we had to travel, this fitted the bill perfectly.

Five or so weeks later and the day was finally here. It was a 6am alarm call as we intended to leave home at around 7.30am to allow for traffic and to cover the 170 miles from East Lancashire toWansford station, which is where our course was to start. After negotiating a couple of accidents on the M66 and again on the M62 over the Pennines, we finally could relax and enjoy the rest of the journey down the A1. We were exceptionally lucky as the weather was perfect for a September day – only days away from autumn, with blue skies, unbroken sunshine and temperatures in the early twenties.

We finally arrived at Wansford at 12.25pm, giving us around an hour to wander around and enjoy our lunch which was provided as part of the package. Upon arrival, we were welcomed by George Buckingham, one of the railway’s dedicated volunteers. It turned out that there were two former East Coast legends present at the railway as A3 No. 60103 Flying Scotsman was also at Wansford having some routine maintenance checks prior to working passenger trains at a later date.