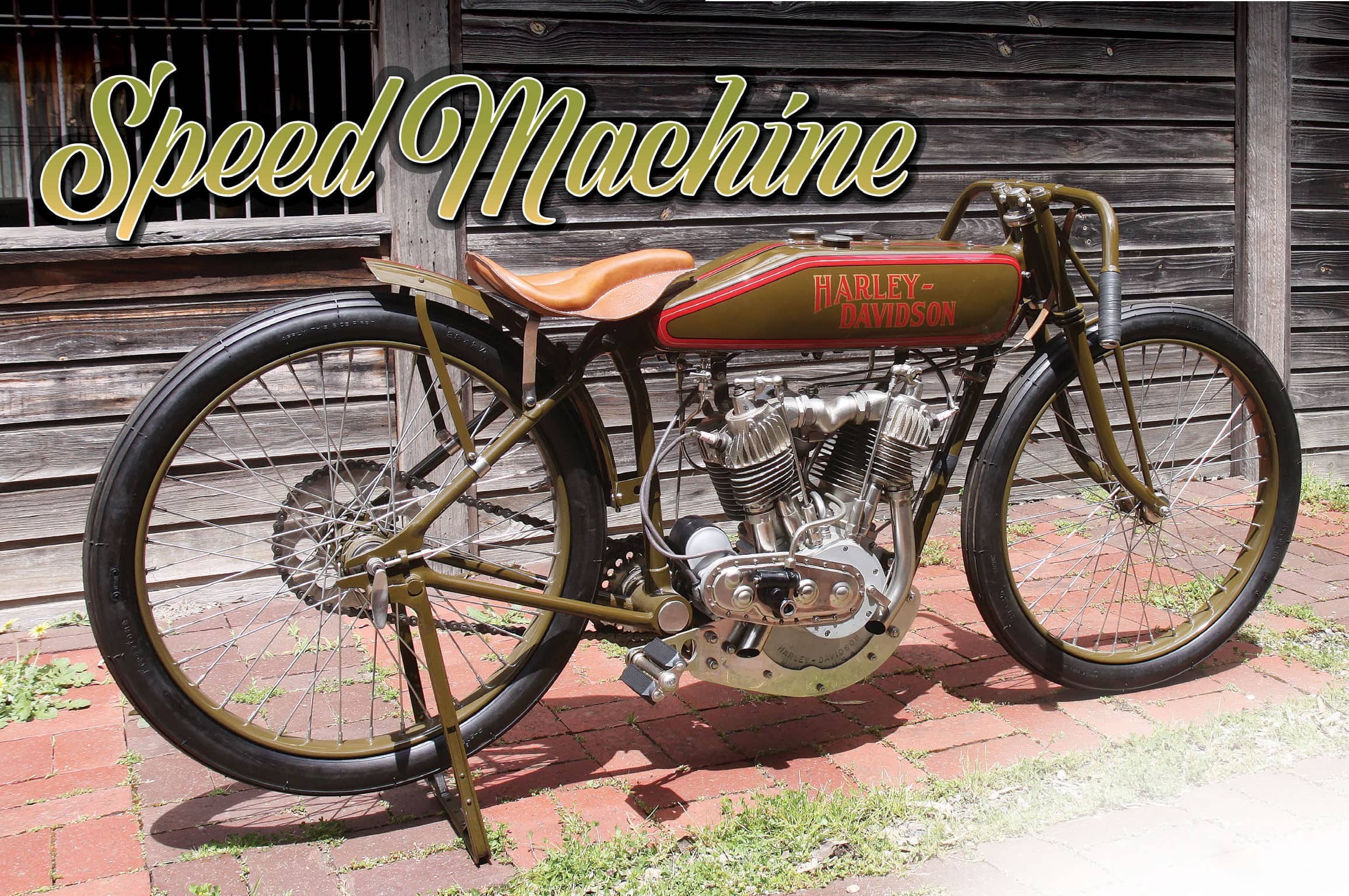 The sentiment above does not refer to this bike but comes from a somewhat disingenuous 1909 advertisement for the first Harley-Davidson V-twin motorcycle; 49.5ci (811cc) boasting a whopping 7hp. Nevertheless, don’t assume older Harleys were slow ‘coz you’d be wrong, very wrong. Especially when they were set up for board track racing at the motordromes, later cynically – but somewhat accurately – referred to as murderdromes.

Motordromes came in various sizes with a circuit of a mile and a quarter not uncommon and were made of lengths of 2-by-2 and 2-by-4 lumber with rough-cut surfaces, the lumber being placed with the narrow side up.

Crashes were frequent and horrific – riders who went down faced being impaled by splinters – and crashes were often fatal. Spectators also shared in the risk; at many motordromes, they peered down from the lip of the track, in harm’s way, and with a considerable number of fatalities being recorded.

Think about it; no clutch, one gear, no brakes, no racing leathers, no crash helmets and high speeds – there’s guts for you! The only means of slowing down the motorcycles was cutting off the engine with a handlebar-mounted kill switch.

As for starting them, they needed a good solid push from behind.

Somewhat surprisingly, in its day, board track racing was by far the most popular sport in the US, way ahead of baseball and football and quite a bit bigger than motor racing. For example, the Indianapolis 500 drew 60,000 spectators in 1915, whereas the Chicago motordrome drew over 80,000 that same year!