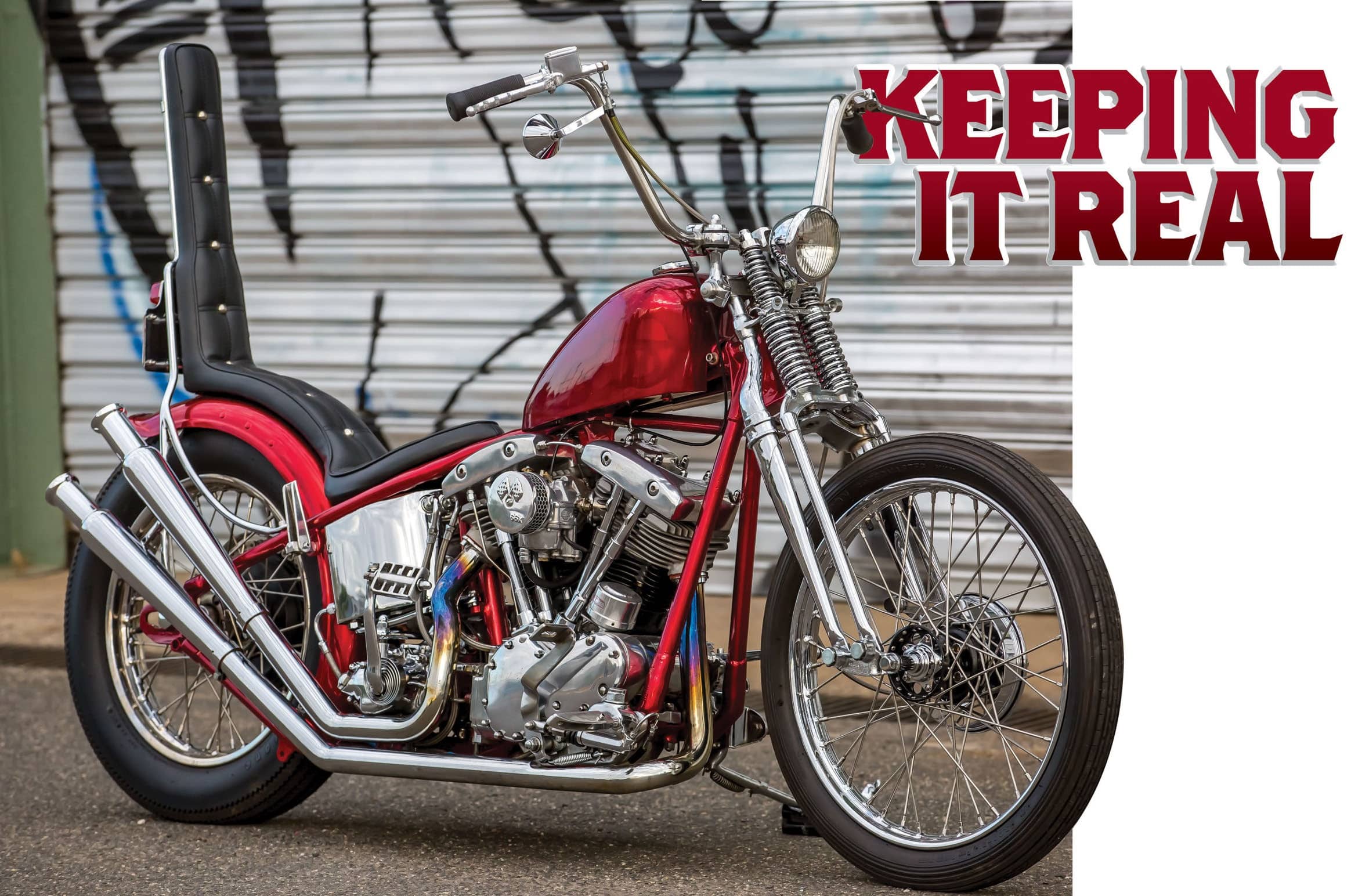 This Easy Rider era Genny Shovel is as authentic as it gets ...

After owner James had purchased his dream ride he had big ideas for it and was soon in discussions with talented bike builder Glenn Aitken.

Initially, Glenn was just going to paint the custom tank and ’66 Sportster rear fender James had recently installed, but that lead to the all-too-common case of going deeper than planned. Glenn suggested painting the frame to match the tins and from there, James’ bike was on the path to a full rebuild.

There were minor repairs required on the frame prior to paint, including an Indian Larry recommended 31.5 degrees of rake being set into the head stem, plus Glenn added a pair of stainless steel button-head allen bolts to the frame to ‘bump stop’ the springer front-end against, so as not to damage the Candy Apple red over silver paintwork. 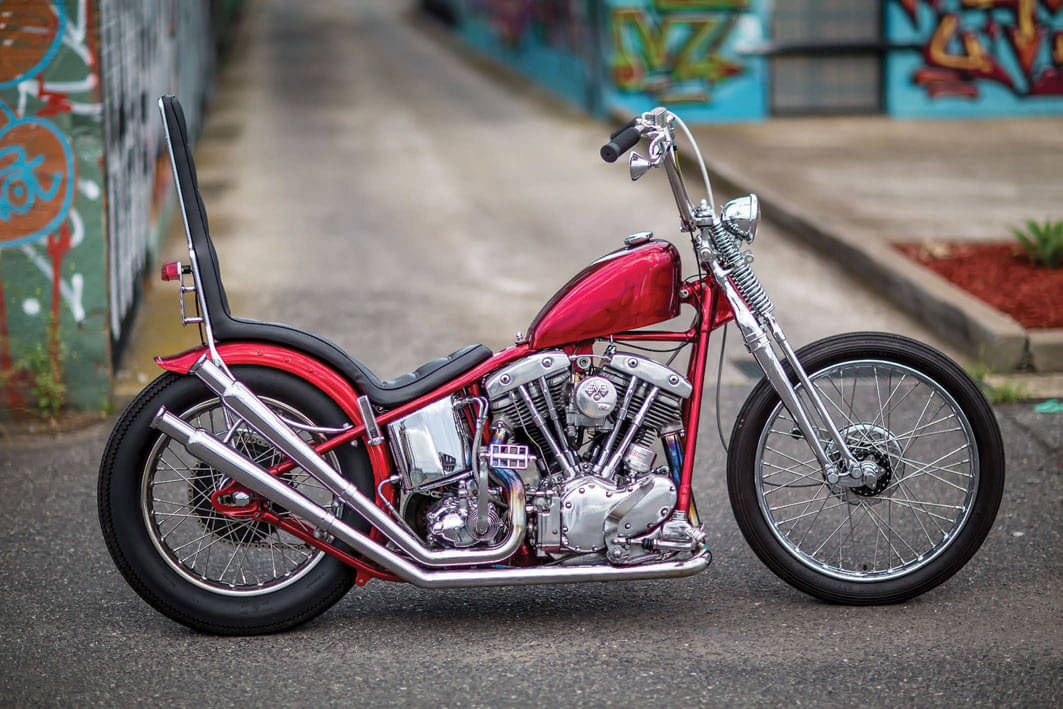