From Chennai To Bondi 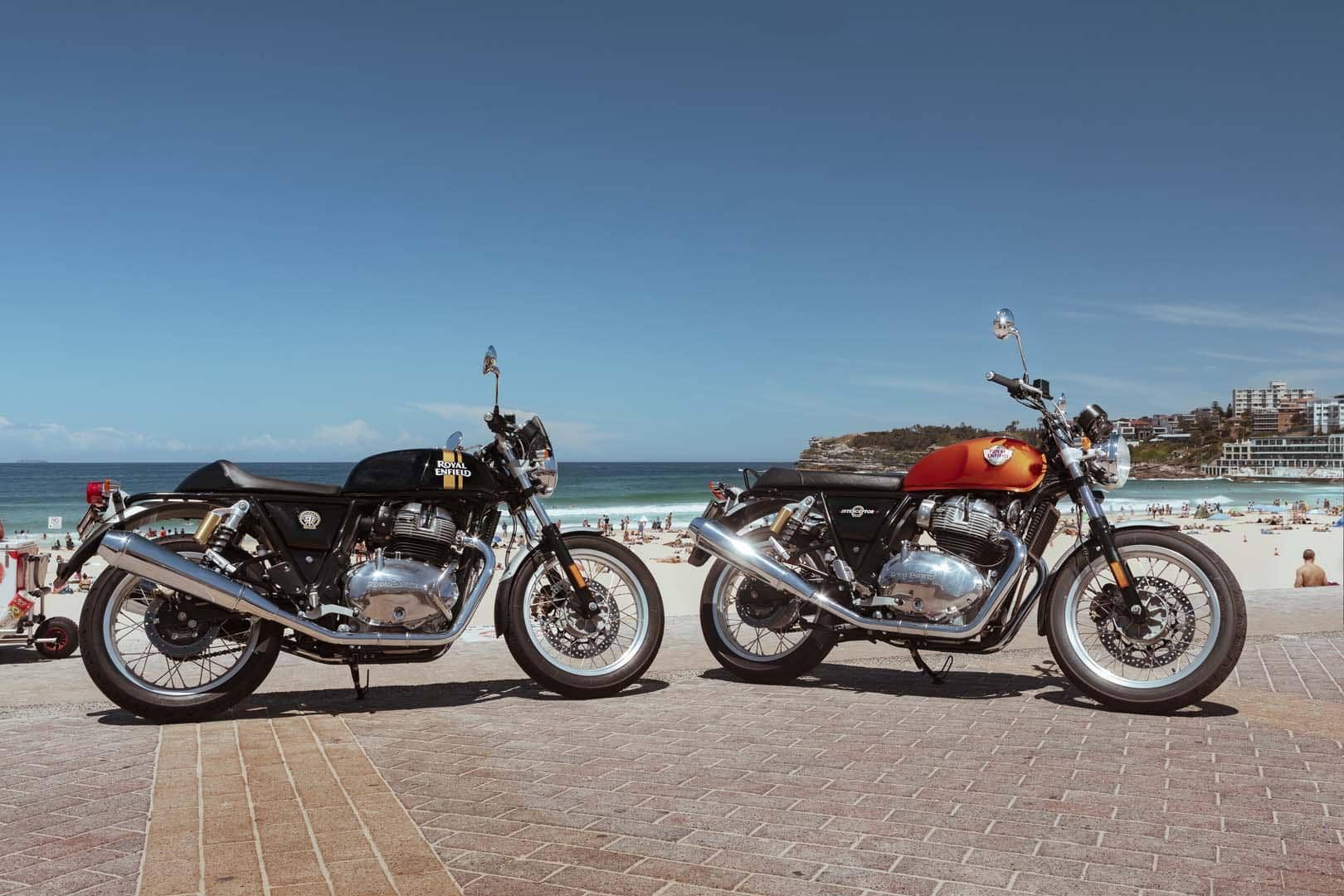 Royal Enfield’s new Twins have settled into the Aussie lifestyle …

Being completely honest I must say I have paid little attention to Royal Enfield over the last 40 years. I learned the basics of riding a motorcycle on a 1954 350 Bulle in a North Queensland paddock in the ’70s and that’s it. My head was thereafter filled with big Jap bikes and later, Harley-Davidson.

In 2018 I began to hear that Royal Enfield was on the move. Not building old 350/500 singles but a fresh modern twin, the first in six decades, with an advanced motor and chassis. Then an invitation to attend the Australian launch at Sydney’s Bondi Beach arrived and I headed north to collect an Interceptor and ride it back to Melbourne over two days via Woollongong, Cooma, Thredbo and the Murray Valley Highway to Mansfield and Melbourne, a distance of around 1200kms – which would show straight away if it was a serious motorcycle or not.

Royal Enfield, for those who don’t know, are one of the largest motorcycle manufacturers in the world. In 2018 they built 890,000 bikes.

Yes, 890,000. All built in India, most at their vast Chennai factory but they have an R&D facility in the UK as well. Over half those bikes were sold in India itself but now RE are looking to spread throughout the world. And the new 650 Twin is their spearhead.

There are two models, the Interceptor and Continental GT. Both are LAMS approved and while they are the same bike underneath the GT has clip-on bars, rearset footpegs and a slightly smaller fuel tank. The Interceptor has higher touring bars, footpegs placed 25mm forward, a larger classic tank and a centrestand. The manufacturing standard of both models is very good, much better than I had expected. 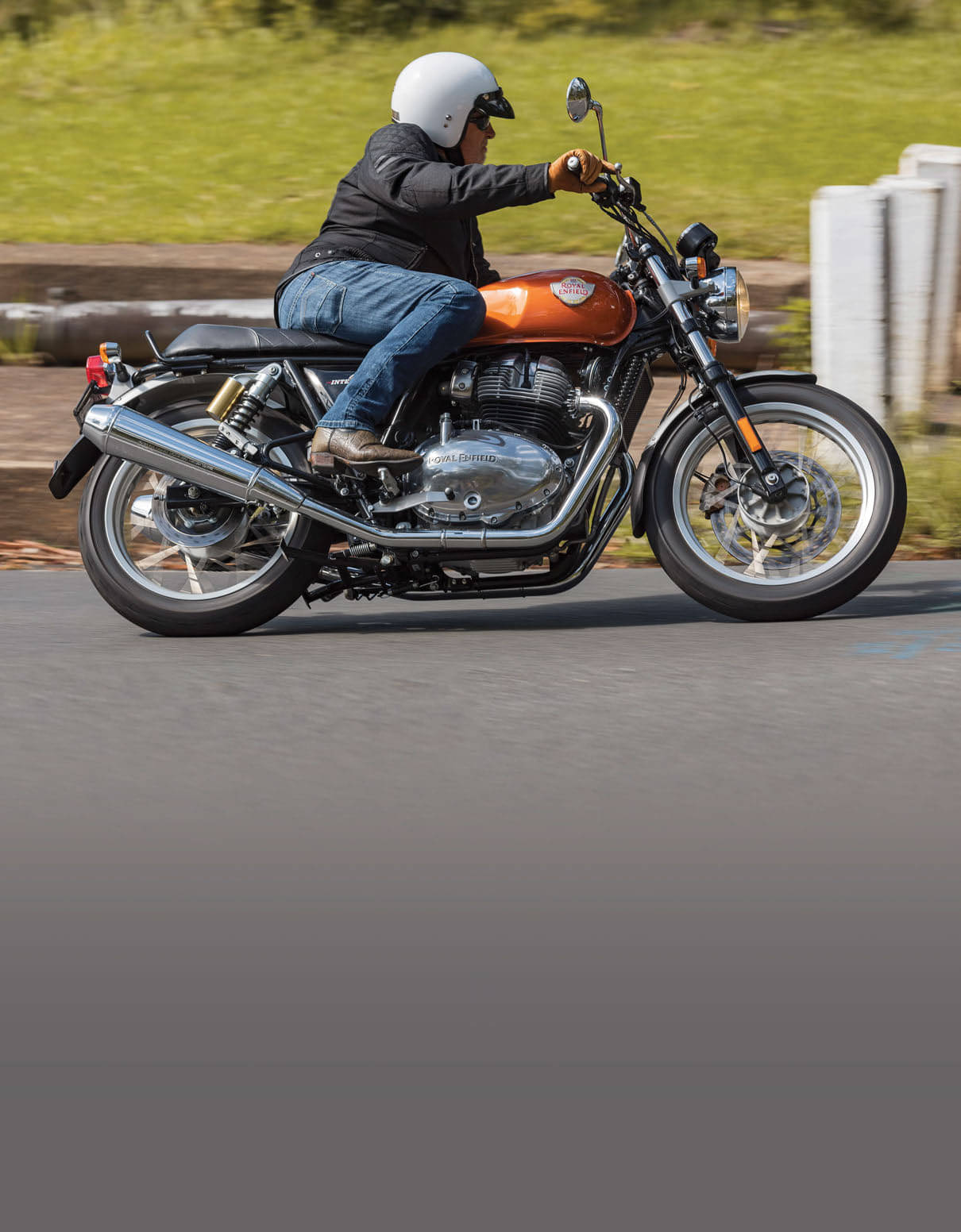