Once More, With Attitude 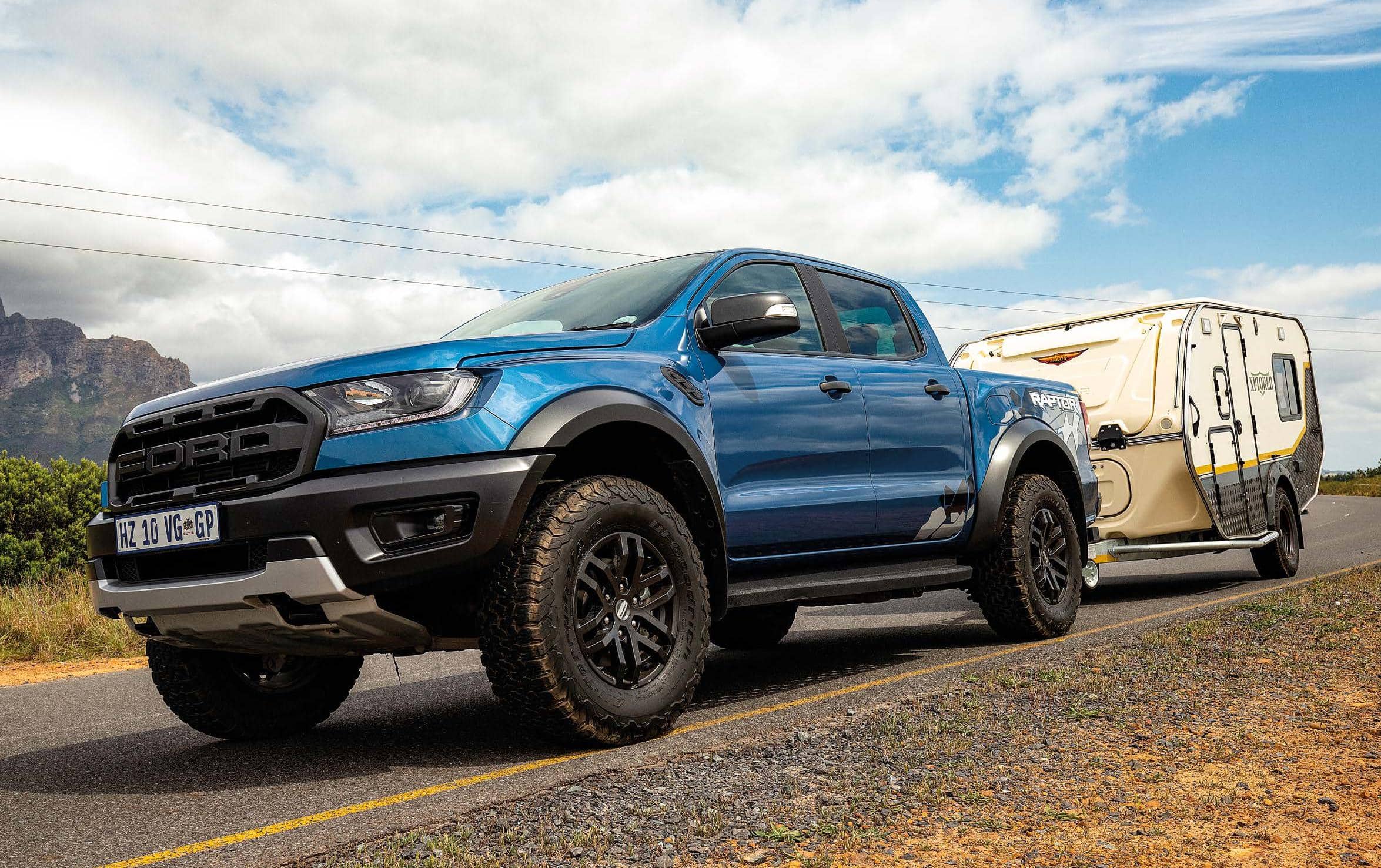 The Raptor is the jewel in the Ford Ranger lineup, and, like its older brothers, it handles a caravan with ease.

The Raptor is not your standard double cab. Not only is it wider and taller than the Wildtrak, but Ford also claims to set a new standard in terms of high speeds and 4x4 capabilities. You may think it’s designed primarily for having fun, but the fact that the manufacturer has equipped it with a special towbar means it’s equally capable of getting hitched to a caravan. We hook up the latest Jurgens Xplorer to see how the Raptor handles itself.

A towbar with a difference

Where the ordinary Ranger’s towbar looks like a crossbar extending from under the bumper, the Raptor’s towbar sits closer to the bakkie’s body. That, of course, improves the vehicle’s departure angle in the bush, especially without the ball section, which can be removed. With the ball, the hook is 9 cm from the rear bumper, with the lower part a mere 36 cm above the road.

At the ends of the towbar, there are two recovery points that can withstand a force of up to 3 863 kg. Ford has set the Raptor’s towing capacity at 2 500 kg (that’s a whole tonne lighter than the Wildtrak model). Brink manufactures the towbar, and the D value – a number referring to a specific load test – is 13,63 Kn (1 390 kg). The Wildtrak’s D value is 16,6 kN, while the allowed nose weight on both towbars is 225 kg.

The 2 l Wildtrak we drove in August this year has a permanent towbar, with the ball section bolted onto it.

On the Raptor, the ball is bolted to the removable arm, which you can loosen by hand and a spanner. This arm looks like a carpenter’s square with the ball bolted to the bottom. Oddly enough, this side of the towbar has only one set of holes, although there is room for at least two more settings. 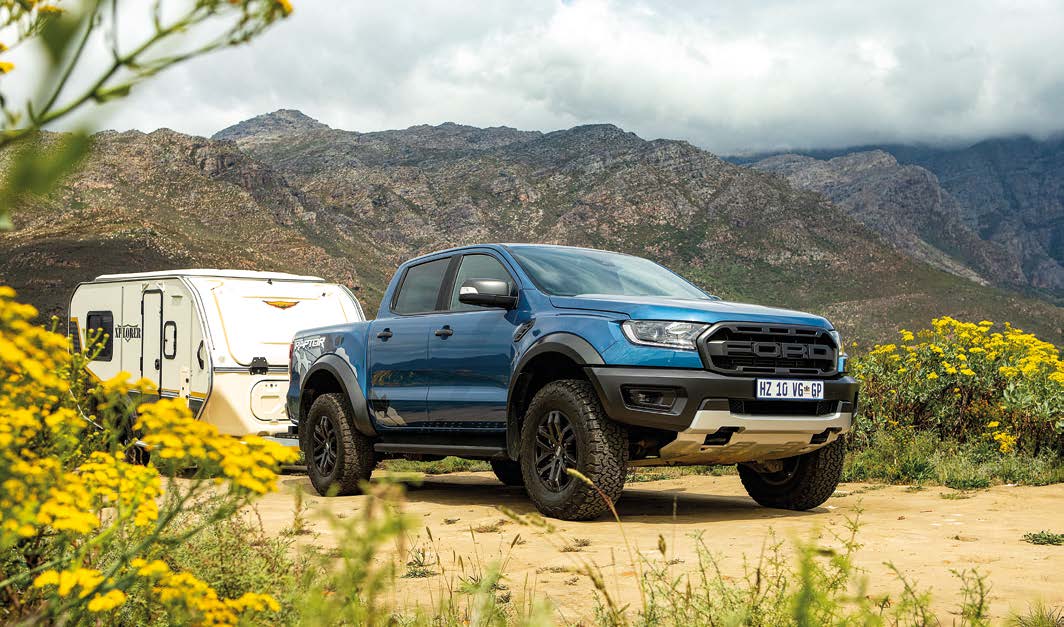 Unlike the Wildtrak with its electronic instrument panel, the Raptor’s is more traditional with a small electronic screen between the speedometer and tachometer. As you start the vehicle, the needles glow red and you know that it’s ready to launch.

At the top of the steering wheel is a red mark so you can see when the wheels face forward. This is great for offroading, but in ordinary traffic it doesn’t really serve a purpose.