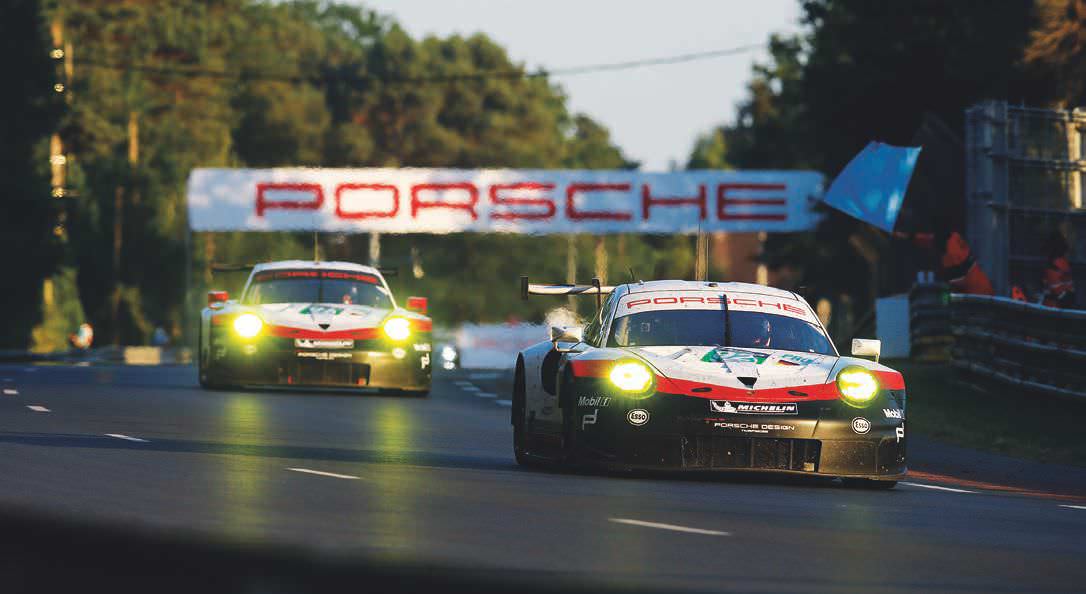 At its annual season-closing party, the ‘Night of Champions’ motorsport gala in Weissach, Porsche looked back at 2017 and ahead to 2018. Paying tribute to the worldwide achievements of its teams and drivers during the 2017 season, it announced that four works 911 GT cars will attack the 24-Hours of Le Mans this summer, the 86th running of the race.

The Le Mans programme will comprise two RSR GT cars from the FIA World Endurance Championship (WEC), and two from the American IMSA WeatherTech Championship. Confirmed at the wheel of the No91 911 will be Gianmaria Bruni, Richard Lietz and Frédéric Makowiecki, in the No92 car will be Kévin Estre, Michael Christensen and Laurens Vanthoor. Porsche says that Patrick Pilet, Nick Tandy and Earl Bamber are ‘expected’ to drive the No93 car, and that the No94 RSR has been ‘earmarked’ for Timo Bernhard,

Romain Dumas and Sven Müller. A full list of 2018 works Porsche drivers can be found on the opposite page to this one.