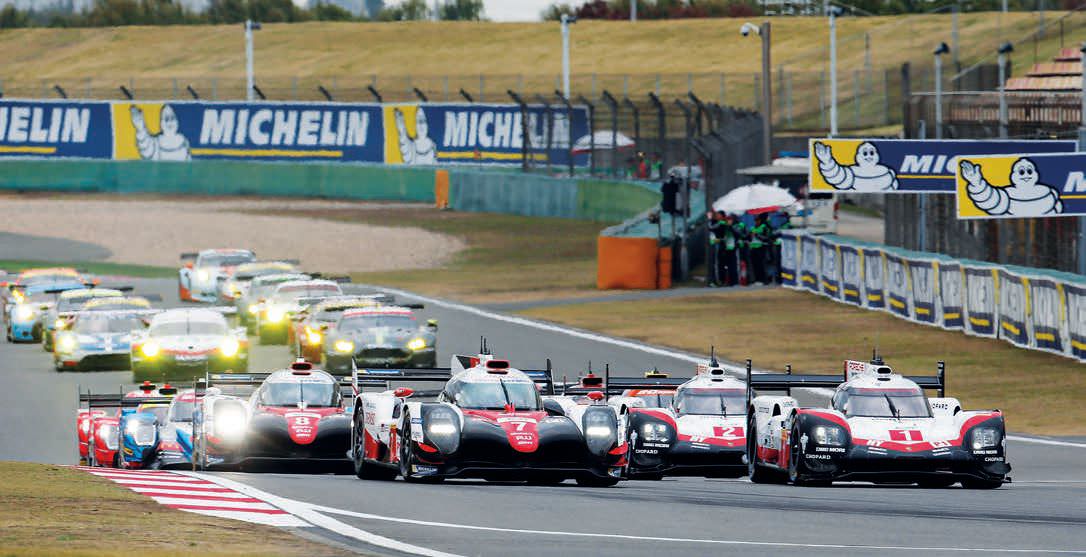 The penultimate round of the FIA World Endurance Championship took place in China, where Porsche clinched the drivers’ world championship title as well as the one for manufacturers. The sixhour race of Shanghai saw the No1 919 Hybrid start in second, and the sister car, No2, start fourth. On his 33rd birthday, Nick Tandy started the No1 entry, quickly becoming involved in a battle with both Toyotas. Tandy successfully defended second position until a sensor issue dropped him back on lap 19. Earl Bamber managed to improve to third position at the start of the race, but the No8 Toyota got ahead before he regained the spot when the other Porsche suffered its technical issue.