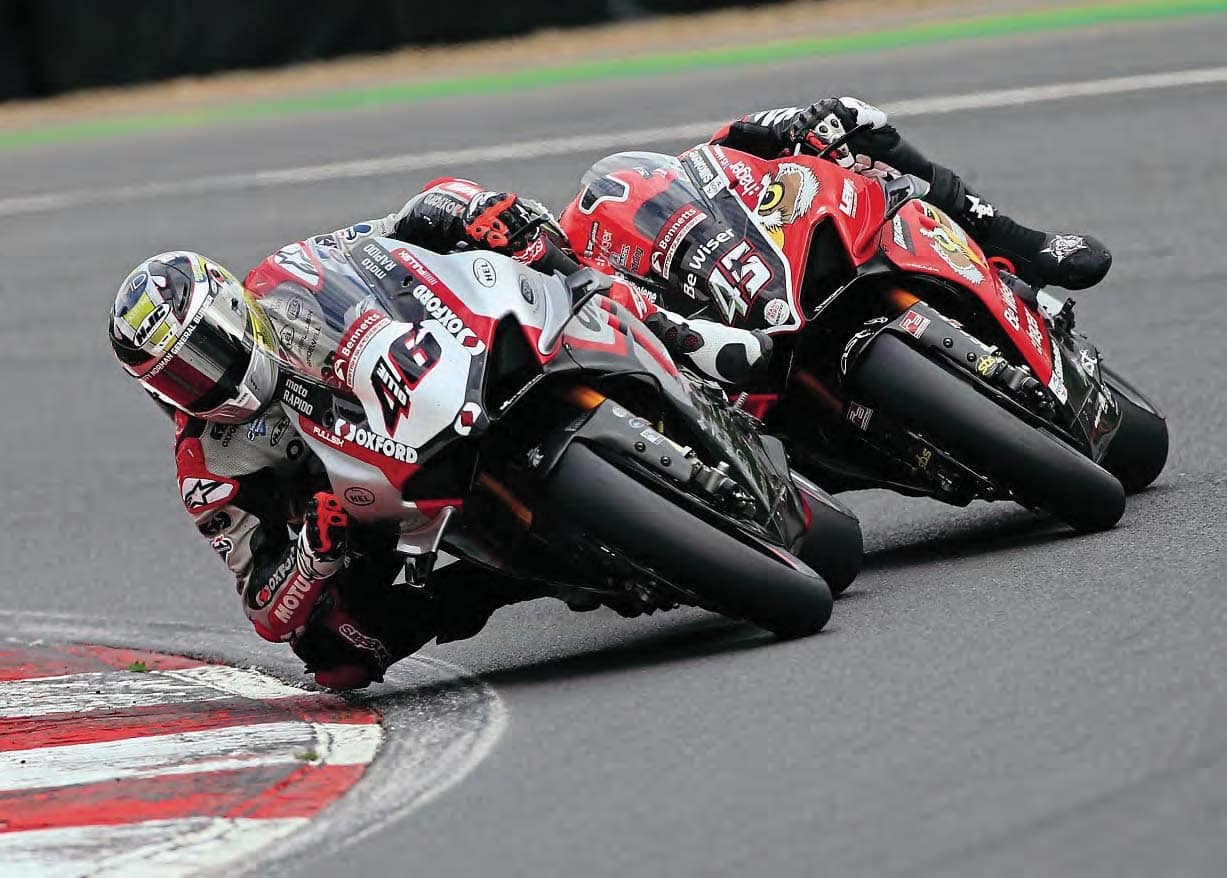 From not having a job to almost winning the title in a couple of years, Bridewell really has turned things around. We caught up with him to see what’s changed, how he’s prepping for this season, and get an insight into being a front-running British Superbike rider…

FB: After a few bad years, you really found something last season. What made it click for you?

TB: Erm, in all honesty? It was probably just a lot of belief in the team really. It sounds strange, but not permanently being spilled a load of bullshit about bikes, bits and everything else that I’ve previously had to deal with really made all the difference in myself. When I’ve made my mind up about someone or something, that’s it – and I’ve had a lot of bad experiences in previous seasons if I’m going to be brutally honest. It just took away from my riding. Yeah, Wilf [Steve Moore, Moto Rapido Boss/Bike Setup) is a bit like Marmite to get on with, but it’s completely black and white with him and the team; he could’ve given me a bike that wasn’t as good as it was, and I still would’ve done well. I just feel a lot happier and more confident with them behind me! It’s always good as a rider if we’re all doing the same or close to people on similar machinery as well, so PBM have the same bike, and we were there or thereabouts. It gives us a lot of motivation as well, knowing their budget, and what those guys get paid, to stick it to ’em on a fair few occasions.

FB: It’s your second year on the V4R with Moto Rapido.What can we expect, and how much easier is it now you’ve got a base on the bike?

TB: I don’t know really! Like, I don’t know if it’s easier or not. Yeah, we have a good base, but it’s like we caught a lot of manufacturers off guard last year, showed our hand, and I think everyone will have upped their game for this season. We’re going to have to be on the ball from the offset. The BMWs will be stronger, the new Honda looks good, and to be honest, it’s going to be hard work. We’re going to be stronger, of course; we’ve got some new parts, Wilf’s constantly on the dyno, but if everyone stopped moaning about our bike and started putting more effort into going fast, then they’d probably go better! If I’m honest, I think the other guys just didn’t have the consistency; so at Thruxton Irwin wins on a Honda, then Danny is strong on the Kawasaki, etc., but they couldn’t do that every weekend. That’s where we managed to be strong, and we want to be stronger.

FB: So what was your biggest hurdle last season?