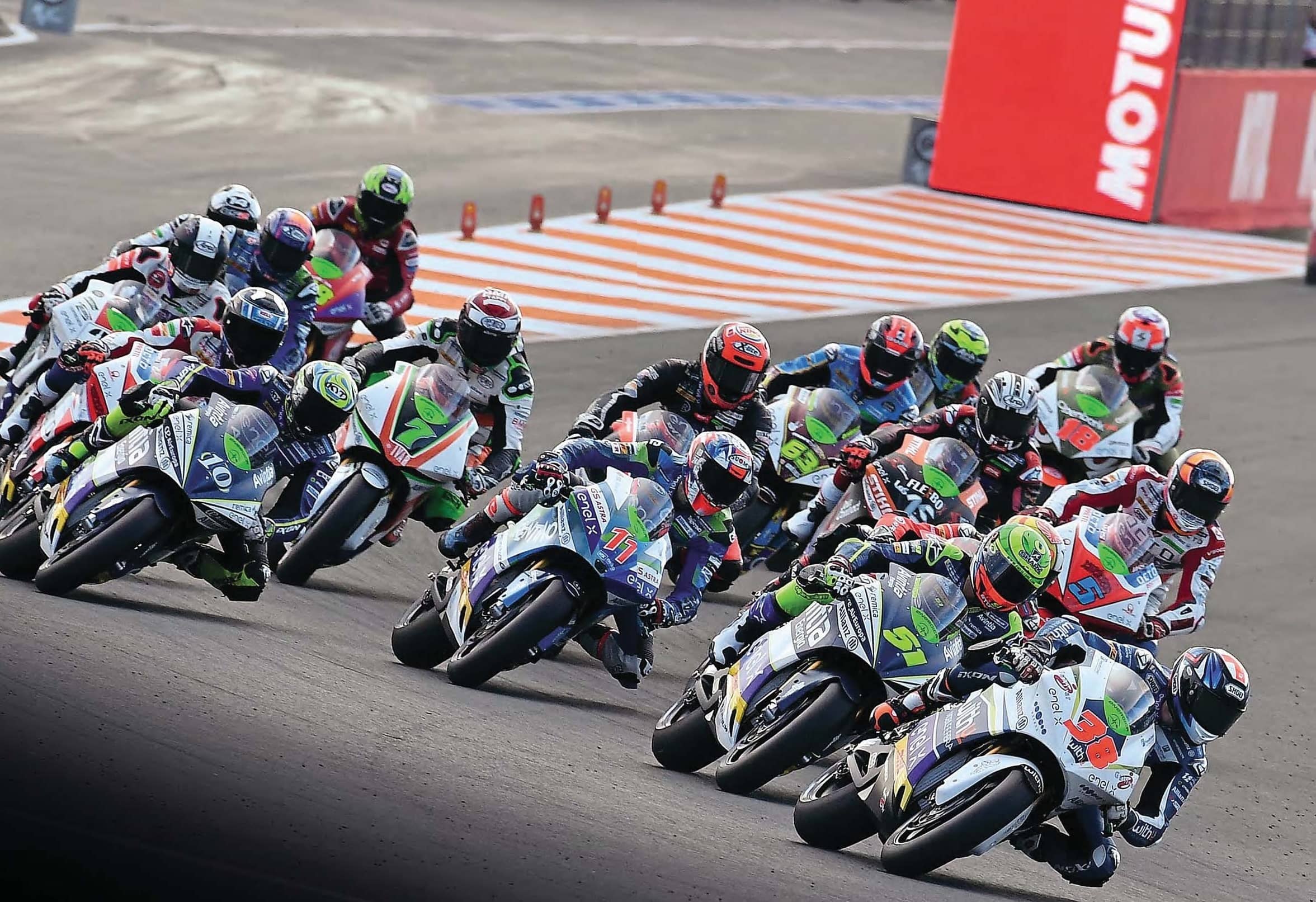 Dull, silent snooze-fest? Or the future of motorbike racing? The electric MotoGP support series MotoE has just finished its first season. Our man Alan Dowds went to watch the final round at Valencia, and find out how it’s gone.

Hate the very idea of electric bikes? You’re not alone. But whether we like it or not, they look like they’re going to be a big part of the future of two wheels. Much of that will be in the form of dull commuters and scooters aimed at cleaning up city centres, of course. But is there any chance that we’ll see an electric fast bike any time soon?

One place to look is racing. It’s always been the case that the best parts of performance motorcycling are developed in competition – the technology on the race track passes down the line to our road bikes.

That’s how we get the amazing 215bhp engines, super-sticky tyres, incredible brakes, suspension and high-end electronics, which make life worth living. So in theory, a new electric race series should be honing the high-end performance tech we all want – just powered by moving electrons rather than combusting hydrocarbons.

Enter MotoE – the electric support series that’s been running alongside MotoGP at selected rounds this season. It’s a one-make set up, with Modena-based firm Energica supplying a stable of control bikes, based on its Ego superbike. Insiders we spoke to say that Dorna was spooked by what happened in the four-wheel world of electric racing. There, Formula One was slow to take up the opportunity for a global series, and Formula E has snatched the initiative. The firm behind both MotoGP and WSBK seems unlikely to make a similar strategic blunder – and so threw its weight, together with IRTA (the International Road Racing Teams Association), behind the new series. 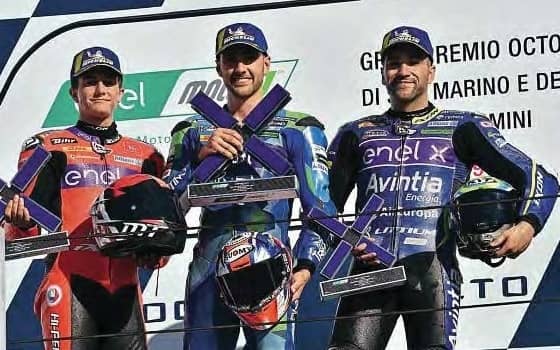 The MotoE season was originally supposed to be made up of six races at six rounds (Jerez, Le Mans, Sachsenring, Spielberg, Misano and Valencia). But the series looked to be dead in the water before it even got going. A disastrous fire at a Jerez pre-season test in March destroyed all 18 series bikes, torched the special building that housed the bikes and incinerated the special fast-charging infrastructure.

Luckily, no one was injured. But more worryingly for the MotoE folks, many people wondered if electric racing could be made safe and reliable enough for a world championship support series.

An investigation revealed that the fire was caused by an electrical short circuit in the power infrastructure rather than in the bikes themselves, lifting some of the doubts. But the fact remained – the series had no bikes, chargers, or pit building, and the series was due to kick off in just over six weeks.

A heroic effort by Energica got the series back on track in just three months. As the firm’s CEO Livia Cevolini told us: “We built the [MotoE paddock] for the first time in one year and the second time in three months.”

Amazing work from Energica then, but the opening two rounds still had to be cancelled, and replaced by double-header rounds at Rimini and Valencia, keeping the total at six races for the season. 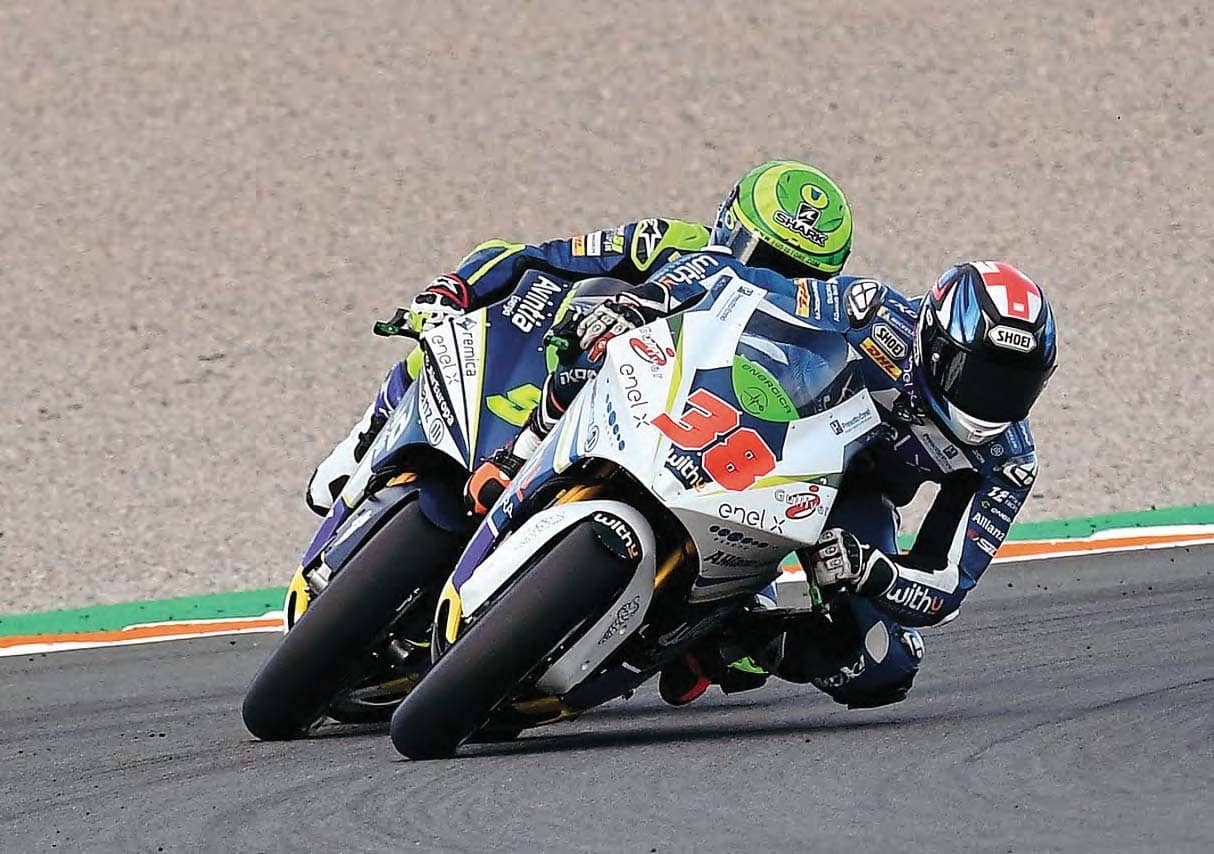 There were 18 bikes entered, with a selection of riders from Moto3 and Moto2, plus MotoGP old hands like Bradley Smith, Sete Gibernau and Randy de Puniet. Twelve teams formed up for MotoE, with many of the big names in Moto2 and Moto3 again represented.

As might be expected from such a broad range of talent, on one-make bikes and such a weird starting point, the results were spread all over the board. There was very limited testing, cut back even harder by the Jerez fire, and there were four different winners in the six rounds. Brit Bradley Smith was perhaps the most consistent, with four podiums out of six, and there were several riders in contention at the last double-header round in Valencia.

Smith finished the season in second place, with Italian rider Matteo Ferrari pipping him to the title by 11 points at the last round. And if it hadn’t been for a technical fault and a no-fault crash at Misano, Smith would certainly have put the Union Jack on the top step for 2019.

But for once, the winning rider and team might not be the biggest part of this story. For the people involved, just getting an electric race series off the ground and run successfully was the biggest win of all – especially after such a dramatic beginning. Like the early days of any motorsport, electric bike competition is full of compromises at the moment. But as the years pass, this battery-powered juggernaut seems certain to pick up speed and momentum.

We had a quick chat with Brit MotoGP ace Bradley Smith, who’s been racing in MotoE this year. He was involved right from the start of the series, and came second in the title race this year. Here’s how MotoE went for him.

How and when did you get involved with MotoE?

I got involved in the championship as soon as I heard of it really, as soon as the teams were announced I was ready to give it a go. I was in touch with Nicholas Gobert from the very early stages, and kept in contact with how the championship was going to run. I was obviously very interested in brand new technology with the electric racing and wanted to be involved from the get-go. 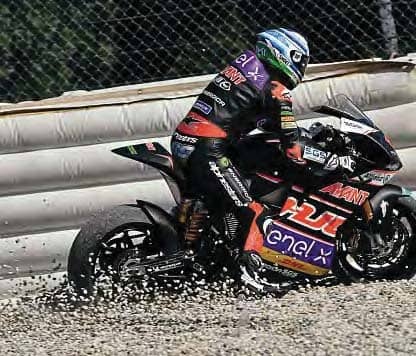