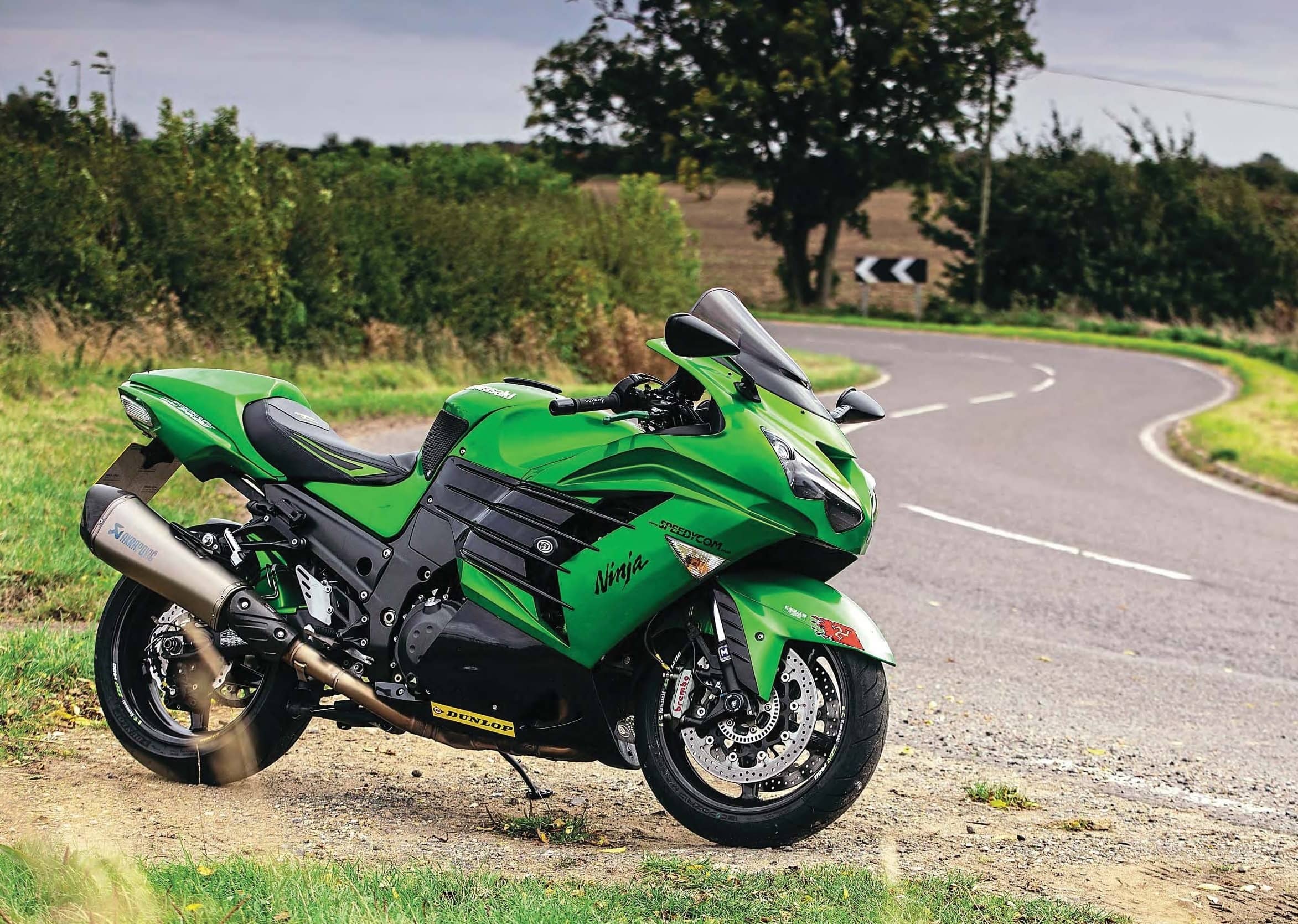 Ian Carson has got a handful of bikes, but when he heads off to Ireland with his son, Aiden, it’s got to be on his 2012 Kawasaki ZZR 1400. In his own words, he tell us exactly why that is…

I’ve had this bike two-and-a-half years now and I bought it originally to take my son on the back. He is 10 years old ow and he’s been to five Manx GPs on he back of one bike or another. I’ve got a few other bikes. We have been over there on my MV Agusta F3, then an F4 RR, but we wanted something that was low enough and comfortable enough for him to get on, but still practical, and fast – none of my other bikes are particularly practical, so that’s what I thought I was missing.

I had actually been looking at ZZRs with a mind to maybe buying one when I met someone on The Cat and Fiddle, out for a ride one day, who had one. I got hatting to him. It turned out he was mechanic for the WD40 BSB team, and he’d a Gen 1, then a Gen 2 (which is what e is), and now has the latest, Euro 4 del. What was interesting though, was he said he regretted getting rid of the 2. He said the gearbox ratios were nicer, power felt smoother, he just said it felt altogether better. Anyway, that was on the Sunday. On the Monday I was speaking to a dealer about it and he said they had one there which had belonged to a customer who’d passed away. It’d only been used for European trips, it’d done 18,000 miles, and it was like new, with Maxton suspension on, an AkrapoviÄ end can and a few other bits. I paid £8k for it which, considering what it had done and what was on it, I thought was mega value for money. This is the 17th Kawasaki I have had, so it’s fair to say that I get on fairly well with them!

The guy that had it before, who’d put the Maxton on it, must have got it done with touring in mind, rather than sporty riding, because when I got it and wanted to start piling it into corners I was bottoming the front end out, so I had it all re-sprung and re-valved and made a lot stiffer.

I know the guys at Maxton really well as we have worked with them in the racing paddocks quite a lot, and I know they always do a fantastic job, and this was no exception; they know me so they know what I want.

After they’d worked their magic the bike was much more suited to the way I wanted to ride it.