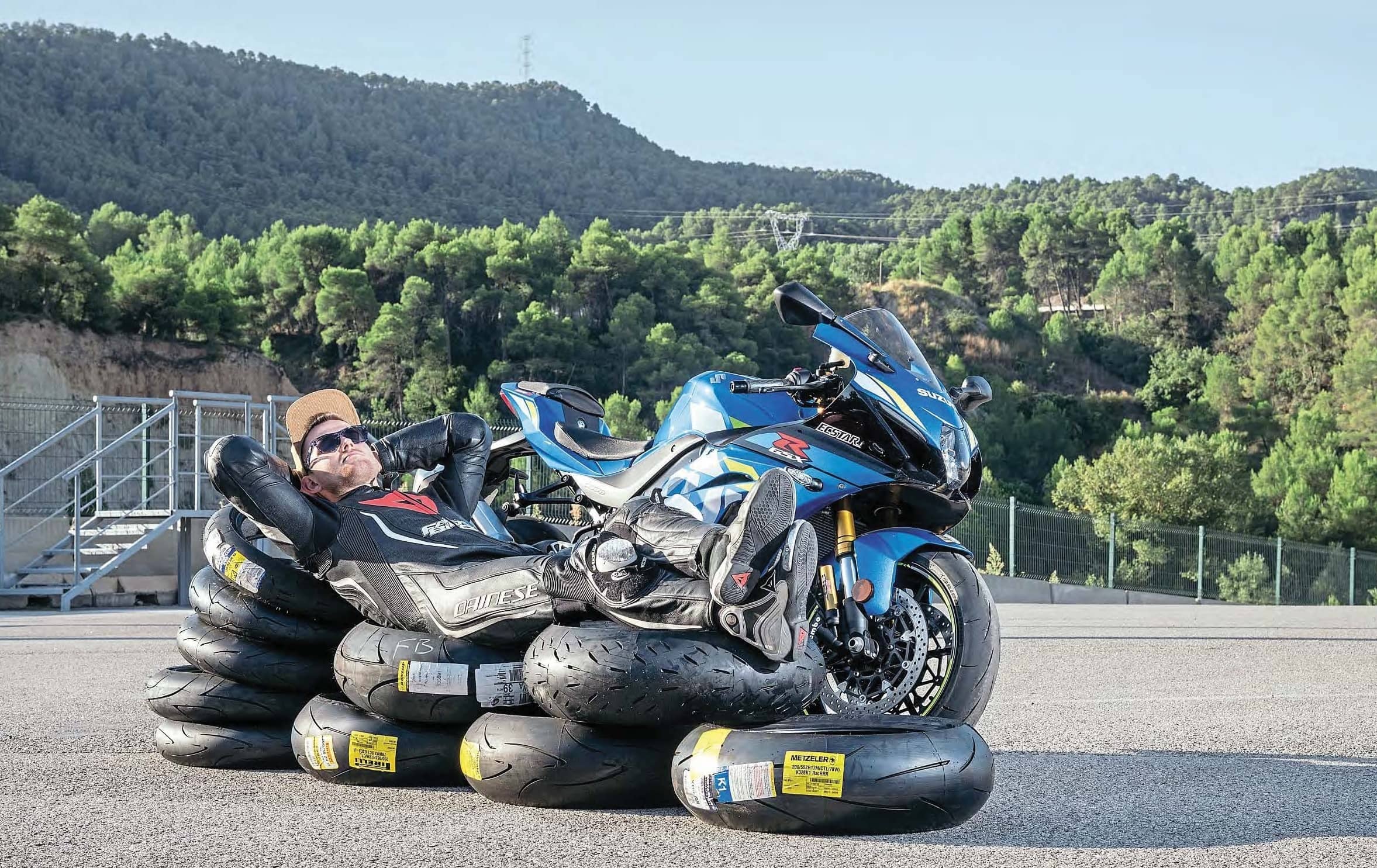 High-performance hoops are all the rage nowadays, but with so much choice on the market, which brands really is the best?

There's a lot to be said for some good rubber. It can save you a lot of pain, heartache and crashes... and ['m not even talking about tyres yet. But joking aside, what's the point in spanking all your hard-earned crash on the latest machine and some of the greatest parts, to then go and put some crap hoops on? I mean, you wouldn't see Mo Farah running the Olympics in rubbish shoes, and with the price of tyres nowadays, you need to be extra picky with what you want.

And that got us thinking. Last year Dangerous went out and thrashed the very latest and greatest that the world of slick tyres had to offer, sampling all the delights of purebred race rubber. By scoring them on their feel and the experience of riding, as well as on
lap times and longevity, I don't think we've ever seen a test that was quite so thorough; the very best of the best were nit-picked to within an inch of their lives, where the onslaught of Pirelli just nipped the top spot from Bridgestone. So, this time, armed with a whole host of treaded, road-legal but lap-time savvy hoops, we packed up our troubles (and a Suzuki GSX-R1000R) and headed off to one of the most brutally bumpy and challenging circuits Spain has to offer; Paramotor.

So what have we got in store for you lot? Well, the fact I race my own Gixer meant I didn't need to get acquainted with a new machine, and with a whole day to learn the track, 1 really could get down to action properly. In the rubber department, its fair to say that Pirelli own the market share when it comes to high-end European racing series, so a set of their Supercorsas was the first order of the day - alongside a set of M7RRs from their sibling, Metzeler, for good measure. Fresh from cleaning up on the road racing scene, Dunlop are mating an arrival with their newly updated D213GPs, while Michelin are present front and centre with their Power Cup Evos, and we've even got a set of Continental Race Attack Comps thrown in for good measure. So, with some new Oxford 'lyre warmers cooking them up, and two 20-minute sessions to contend with and 25-degree air temperature, we stuck each of the hoops at their recommended pressures and put them to the ultimate test. Here's how they got on... 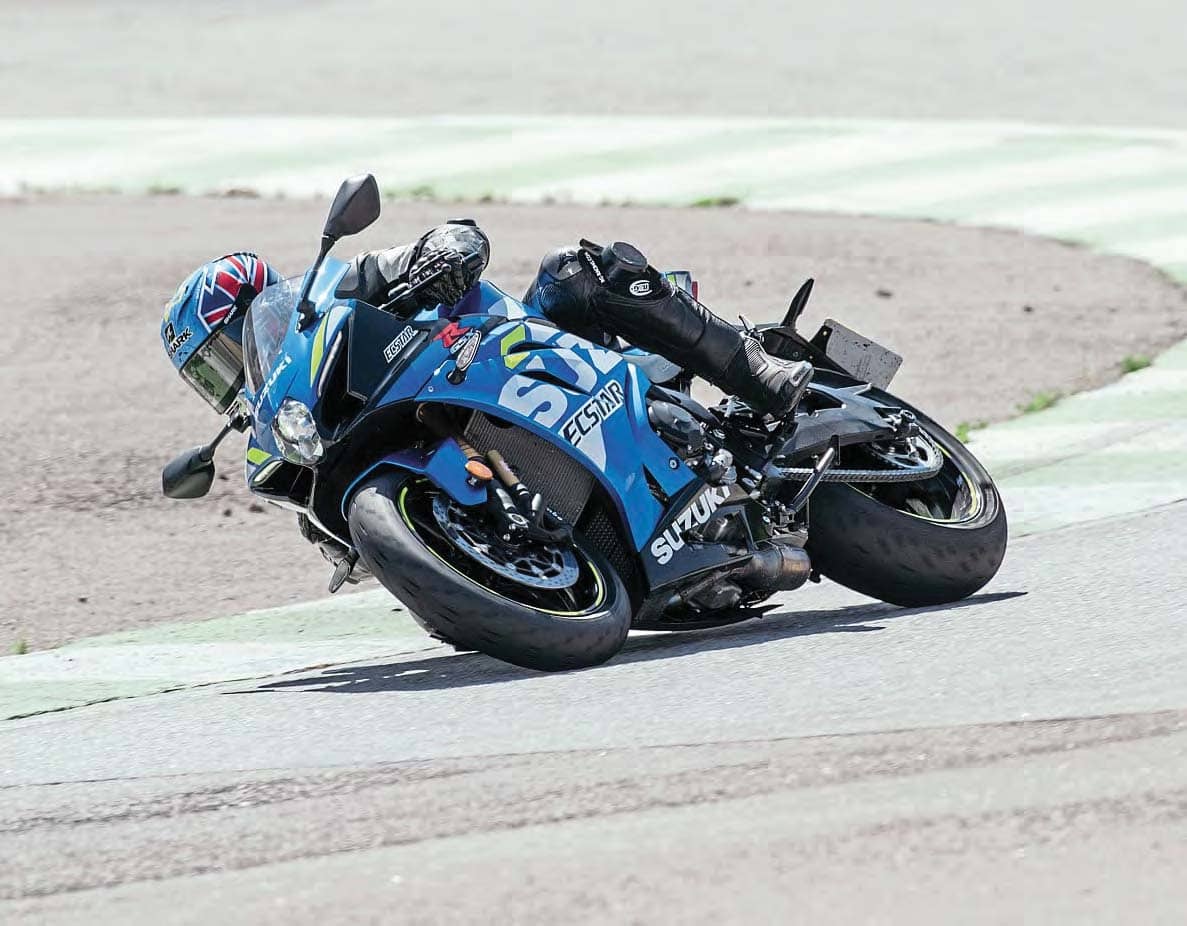 I find Michelin a real funny subject when talking about two-wheeled tyres. Think about it; they represent and run the rubber at the very pinnacle of racing in MotoGP, yet when was the last time you ever saw a significant amount of branding, support or any involvement at a national level? Nah, I don’t remember either.

But then again, brand awareness definitely doesn’t equate to grip on track, so I was secretly excited to have the Michelin man watching over me.

From the very off in my head I was little cynical, as Michelin was the only manufacturer to deliver us a 190 section rear tyre (instead of a 200). This meant that after half a lap or so I could throw the GSX-R into corners with absolute and unparalleled ease; the thing would fall in on a sixpence. This meant that I was pushing the front harder, and from the outset, I struggled to get any proper feedback from that front end over the proper bumpy sections – it almost felt like the suspension wasn’t pushing the tyre hard enough, and instead of molding and flexing, the construction felt much stiffer than the competition. This made it quite hard to find that sweet spot with the front end, and in return meant I was trying to overcompensate by making up time on the gas – which in hindsight was a bit silly.

The rear had the same sense of stiffness and every time I tried to bury the gas harder, it obliged until it would flick out of line with very little warning – there’s a first gear hairpin at Parcmotor, and on three separate occasions, I ended up almost being employed by NASA… and it was at that point, I’d learnt my lesson. See, the Michelins were great up to a point, but above that, they just didn’t offer enough: At one point everything was all gravy, then bam, the TC light is flashing its tits off, the back end is going west and I was just in it for the ride. I think a smoother, more pliant track would’ve done wonders for the Michelin’s results, but we didn’t want to make it easy for the rubber.

The 190 rear tyre definitely didn’t do it any favours for my noggin and the lap time reflected that, but on a more positive note, the rubber didn’t look too bad at all after a couple of sessions of spanking. Every cloud… 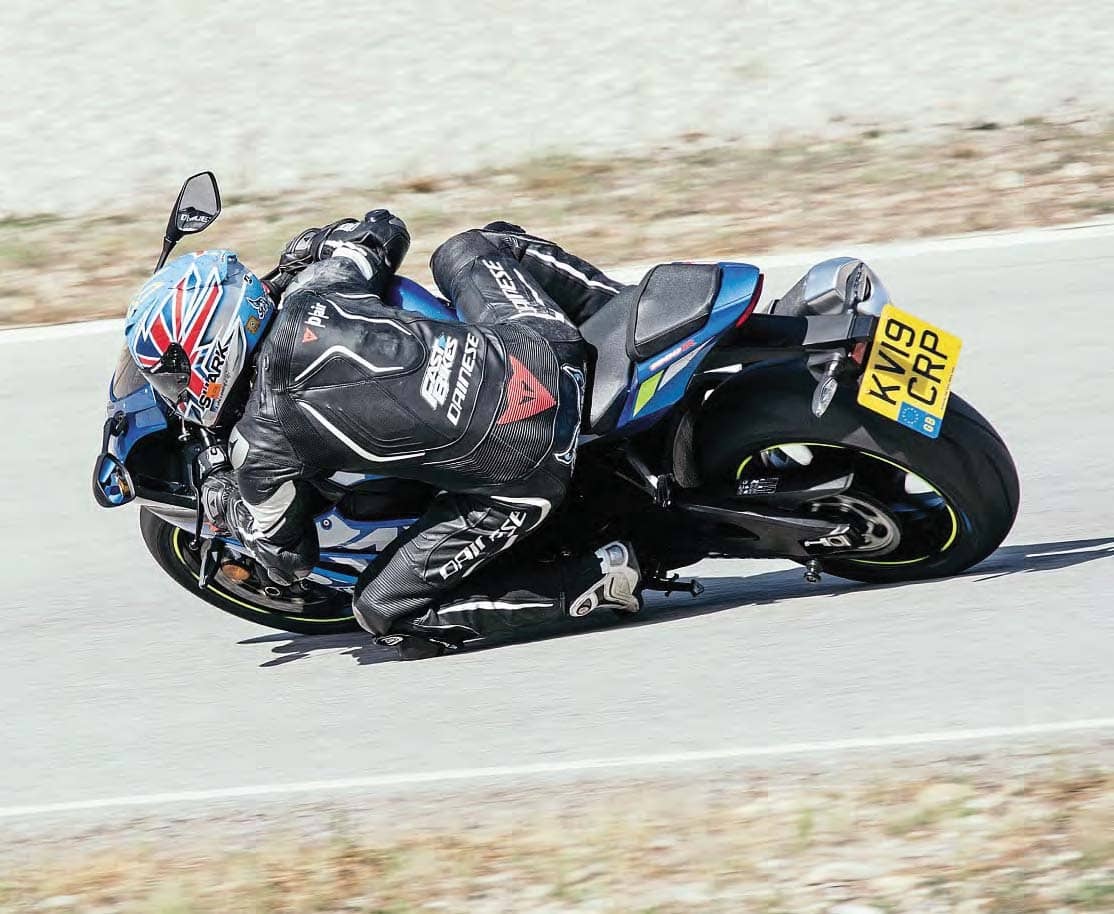 There’s a lot to be said about brand awareness, and Continental really does lag behind in that respect. I mean, who can honestly say they’ve thought about equipping their superbike with a set of Conti's? I hadn’t, but after sampling their delights, I’ll my preconceptions were wildly irrational – there’s a reason they’re becoming a bigger face in the club racing paddocks.