Ever fancied taking a café racer endurance racing? No, we haven’t either, but here at Fast Bikes, we’ll try anything once…

When an email landed in my inbox from Moto Guzzi HQasking me if I could spare a weekend to fly over to Italy’s Adriatic coast to race a fully prepared Moto Guzzi V7 III in the ‘Trofeo Moto Guzzi Fast Endurance Championship’, I quickly replied with a ‘yes’ and booked some flights, before they had chance to realise that they must have had me confused with someone else; someone who’s actually ridden a Guzzi before, perhaps. Once I’d nailed my knob to the proverbial mast and accepted the invite of a lifetime, I thought I had better read the small print in Simon-from-Moto-Guzzi’s email (Uccio to his friends). We were to be competing on a race-prepped V7 III, in an hour-long endurance race. I’d be competing in a two-man team alongside Fast Bikes alumnus and balding internet sensation Al Fagan. The ex-bin man’s no stranger to bike racing, having competed in British Superbikes (a long, long time ago) and then a road race on an island in the Irish Sea that nobody’s heard of, so despite him piling on the pounds in the latter years of his career, I knew he’d be more than capable of bringing something to the table.

The bikes had been kitted out with the official Moto Guzzi racing kit, which has been developed by none other than Vitto Guareschi of Guareschi Moto. The same Vitto Guareschi that raced in World Superbikes and Supersport spent eight years as Ducati’s chief development rider, and has been Team Manager for the Ducati MotoGP Team. The kit consisted of clip-ons, rear sets, a café-racer style screen and body kit, Öhlins shocks and a racing exhaust. You know what they say – you can’t polish a turd, but you can roll it in glitter. 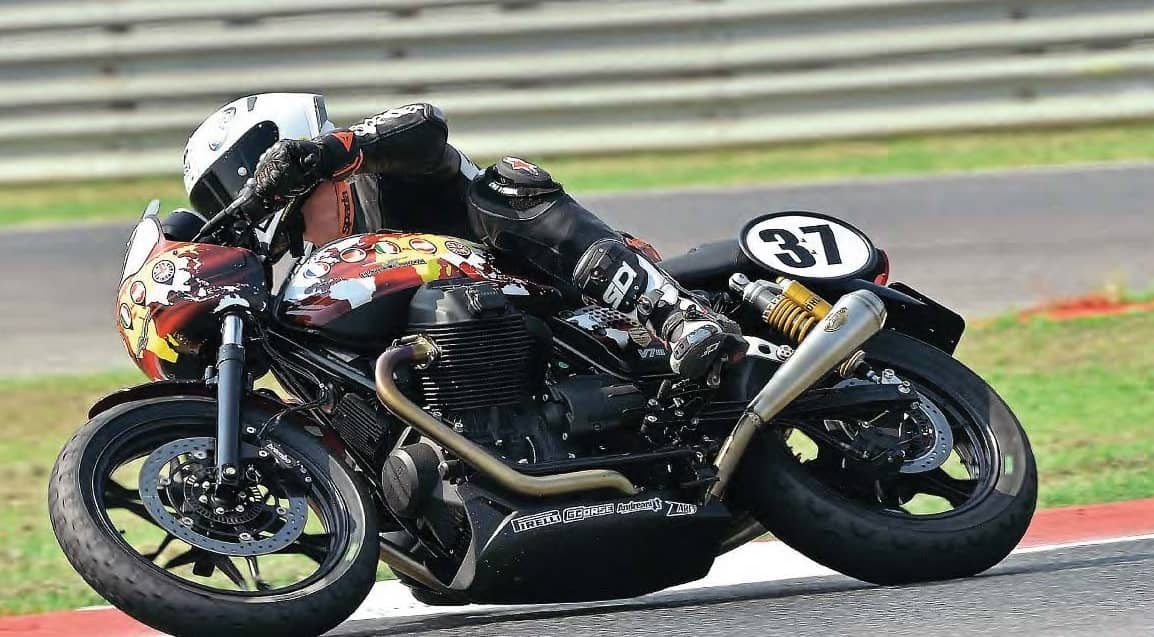 The scene of the action was to be Adria International Raceway and the event was to be held over two days. Qualifying on the Saturday, with the grueling, hour-long race on Sunday. Stepping into the championship as utter wildcards, having never raced a bike of this ilk before, Fagan and I had our work well and truly cut out. In a field of Italians, we were representing Great Britain and all that’s good about her. Freedom. Hope. Brexit – just kidding about that last one. Uccio made it quite clear in no uncertain terms that nothing but the very best performance would do, we simply had to bring our A-game, and we did. 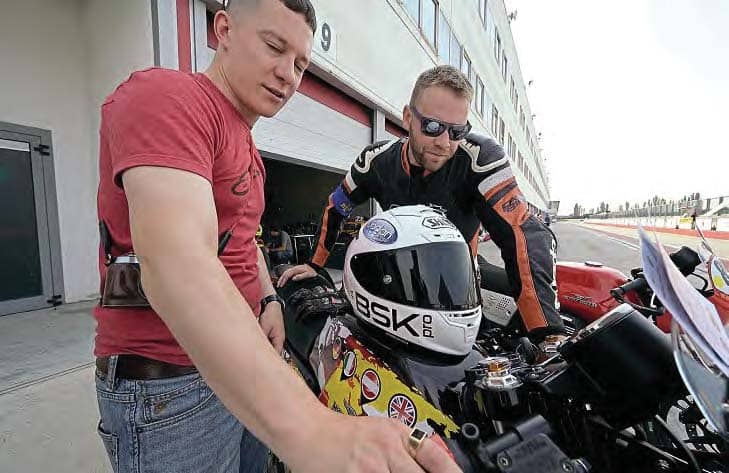