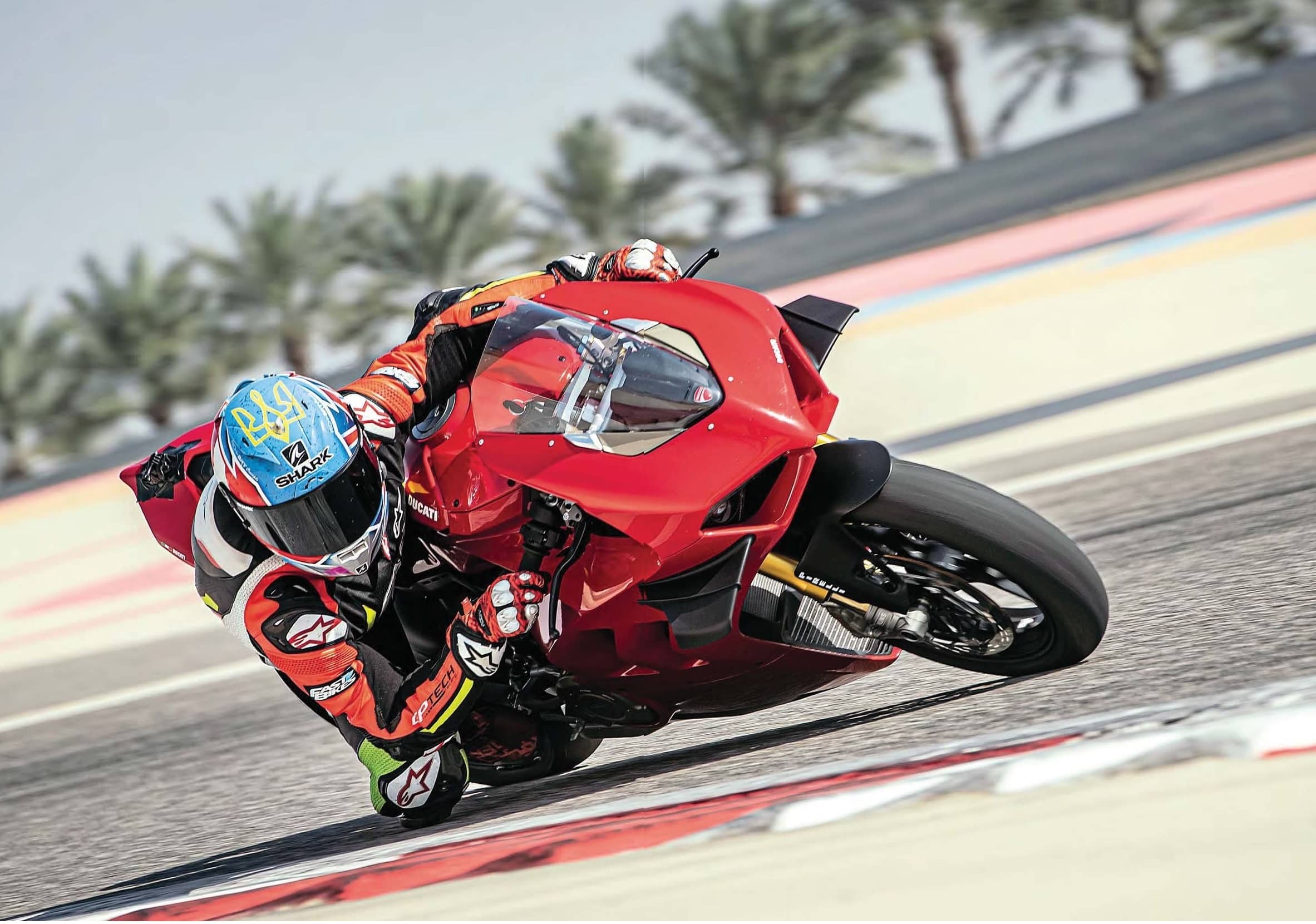 With its sexy look and raw power, Ducati’s V4S Panigale hasn’t had to try hard to get our juices going over the past few years, but when it comes to setting fast laps it’s proven as user-friendly as a bucking bronco with a sore backside. Thankfully, for 2020 it’s been given some much needed refinement.

I’m not sure about you lot, but I absolutely loved the first iteration of Ducati's V4S. It proved an utter, fire-breathing monster, with a riding experience that felt more like an acid-laced dragon than a MotoGP inspired protégé. For sheer fun that’s not such a bad thing, but when it came to hunting down lap times or having the fitness to fight it all day on track, let’s just say it proved pretty damn draining. The good news is that for 2020 Ducati’s been back in the lab and has delivered us something a little softer, cuddlier, and supposedly easier to blast around on… but how have they managed it? Looking at the spec sheet, the new V4S’s DNA may only look trivially different to what’s come before, but don’t write it off just yet – we saw only a few months ago how a similar approach from the Bologna boys transformed the dawdling 959 into a refined wonder weapon (the new V2). If anything, the V4 has been taken even further down this path. Yeah, it still utilises the same engine and most of the same components, but there are still plenty of tweaks to talk about. For starters, now the V4S comes equipped with the show-stopping V4R’s nose and fairing panels; not only is the fairing 76mm wider with a taller screen, but it also has the extra cooling vents on the side panels, alongside those fancy carbon winglets, which we’ve been told give a 2.5 metre advantage when accelerating out of the last corner at Jerez to the finish line.

Happy days! That said, if you’re like me you might be thinking that this bike isn’t meant to be easy to ride, or that Ducati’s just bolted on a few trick bits from the back of its factory storeroom to sex up an ageing model. Maybe they have, but who cares if it means you get a load of glitz and glam from its £10k pricier sibling? One less obvious addition is the V4R’s teeny-weeny front frame, which has been machined 30% lighter, saving precious weight, but also meaning the 2020 V4S feels less stiff. In total, the new V4S has 30% less torsional rigidity than the rock star that came before it, so it should now offer more feel than a piece of stale bread in the bends. The centre of gravity has also been raised and the geometry altered slightly in order to make the new 2020 model more agile, while they’ve revised the chain angle for a better feeling under acceleration – meaning there’s less of that ghastly squatting when you crack on the gas. 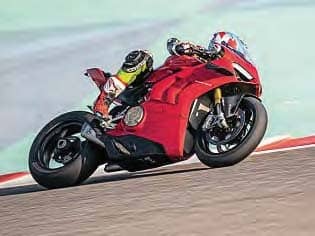 Oh, and let’s not forget that they’ve updated the ride-by-wire throttle system too, and have stolen the updated EVO 2 traction and wheelie control strategies as well, which has a ‘predictive’ mode in order to stop slides, or to be smoother when you force out a few skid marks. According to Ducati, all of these changes add up, and it’s claimed factory test rider/racer Michele Pirro went 0.4s a lap faster at Vallelunga on the new bike, while a slower test rider (think fast track day pace) found a whopping 1.3 seconds a lap. That’s all well and good, but the only thing I wanted to know was how it would fare when I got my mitts on it?