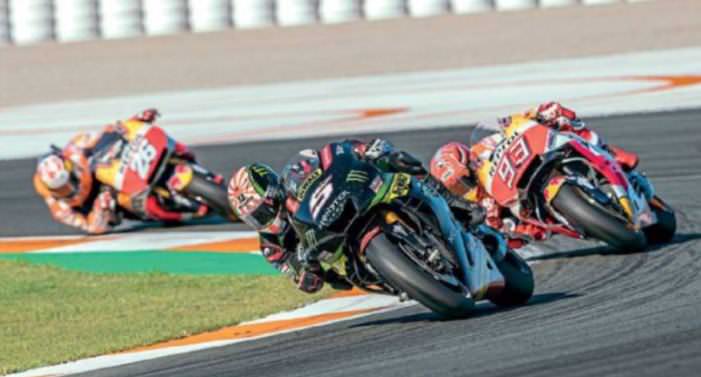 Boothy
If MotoGP had you glued to your screens this season, like it did all of us here at Fast Bikes, then this man needs no introduction. But for those less familiar with the blue ribbon class of motorcycle racing, this here is Frenchman Johann Zarco who, after bagging back-to back Moto2 championship wins in 2015 and 2016, signed for the independent Tech3 Yamaha Team and moved up to MotoGP for the 2017 season. But he didn’t just move up, he stepped up. He lead the first handful of laps in his first ever MotoGP race and despite crashing out of the lead in Qatar, went on to fight for the win on numerous occasions, bagging fantastic results including a 2nd at Le Mans and a repeat spectacle at 2017’s Valencia round finale.

With thanks to our friends at Shark and Furygan, who also happen to be Zarco’s sponsors, we snuck behind the scenes at Motorcycle Live and elbowed ourselves into his tight schedule for a quick chat. We got the ball rolling by getting his take on 2017.

“This year I got better results than I expected. Our main target was to be rookie of the year and I got that, but I got it in a very nice way. I was the first independent rider, was able to lead races, stand on the podium and battle for race wins. That is the best way, I love it. It’s really the way I want to race. I started the season well and I was happy for that but I was more happy about the way I finished the season. In my last four races I was so competitive for the full weekend; this is the best thing for me because it prepares me really well for the next season.”

It was clear that despite an awesome start to the season Johann felt much stronger towards the end, as though he had really got to grips with riding a MotoGP bike. We asked him how hard it was to adapt to the bigger and faster machinery in the early rounds, after hopping off a Moto2 machine.