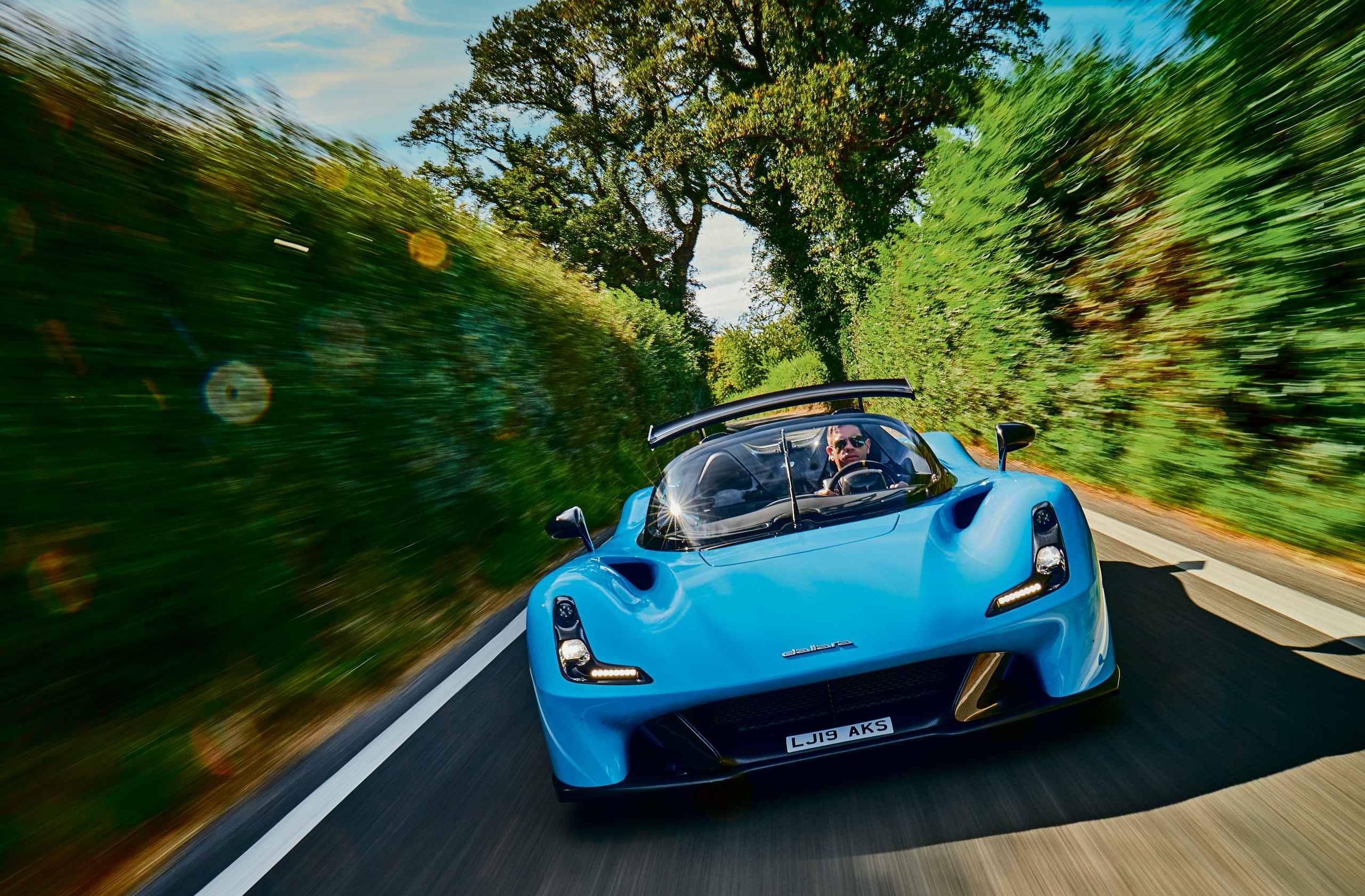 When we drove the Dallara Stradale on track in Italy last year it impressed us, but didn’t set our world alight. On tough British B-roads, however, it really comes alive...

THE LAST TIME I SAW A DALLARA STRADALE was at the Nardò test track in southern Italy (evo 250). A battle-worn prototype, not even the trippy black and white shapes and spirals of its vinyl ‘disguise’ could hide the scuffs, scrapes and bruises that told of countless laps of the brilliant handling track and the blood, sweat and tears of those developing the very first road car to bear the legendary Dallara name. It looked tough and drove tougher still, a clenched fist of aerodynamic grip, rippling torque, turbo fizz and shriek and an endurance racer’s unbending consistency. I left it with a sense of awe but also detachment.

Somehow this highly specialised product of the engineering brains of Dallara, under the guidance of founder Giampaolo Dallara himself and with input from racer Marco Apicella and legendary test driver Loris Biccochi, seemed like a technical exercise and celebration rather than a real car. I imagined collectors with a fetish for Miuras, maybe a Chiron or two tucked up in the underground lair and a Ferrari 333SP on a transporter locked and loaded to head to Spa or Paul Ricard at a moment’s notice, buying the Stradale simply because… well, how could you not? It’s Giampaolo’s car and if you know the man and his story and have the means, then you have to buy a Stradale. I fell into the trap of imagining the 600 built would be as much a sign of deference to the great man as a car to enjoy on road or track. In fact, I suspected I’d never see or drive one again.

And yet here I am, swinging my leg over the bodywork of a Stradale that’s parked on my own driveway and with an appointment with a photographer on local roads I’ve driven a million times. The sun is shining, the Stradale is box-fresh and pristine and suddenly it feels very real indeed. Today, the Stradale is a car, pure and simple, and I need to erase those names from my head. This isn’t Giampaolo’s car, the guy who engineered the Miura aged 28. It’s not Dallara’s car, the engineering company that makes Haas Formula 1 cars and Bugatti monocoques. It’s not Biccochi’s car, the dude who cut his teeth at Lamborghini before working on the EB110 and Zonda. Here and now, it’s a small, lightweight sports car that costs a big amount of money. It needs to work on our roads. Brilliantly, if it’s to justify the circa £200,000 price tag of this example (prices start at around £162,000). 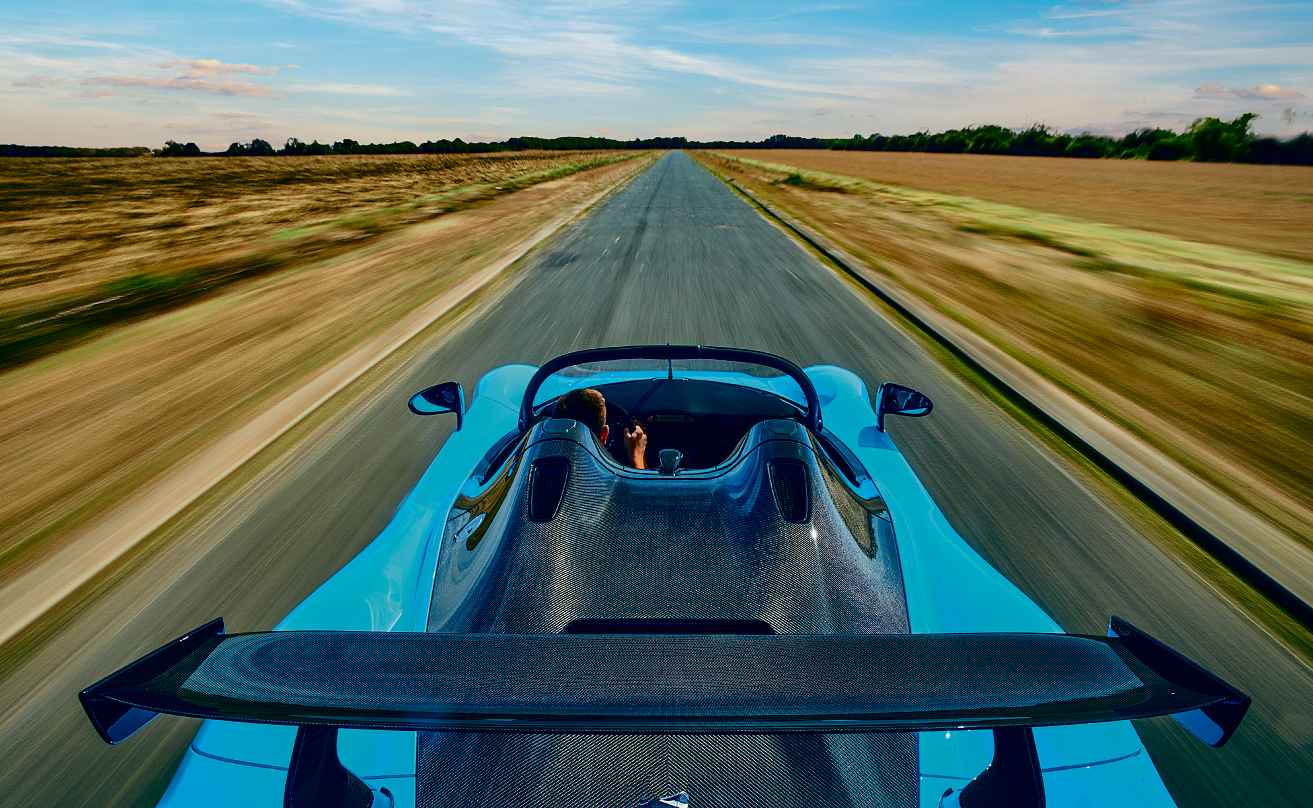 Maybe it’s the late summer sunshine and that evocative blue paintwork, but somehow the Stradale looks better than I remember. There’s an inherent drama in the dimensions (think 718 Boxster or Cayman wheelbase, MX-5 overall length but the broad shoulders of an M3), and the huge optional rear wing is a thing of engineering beauty. It works, too. As you might expect of a company renowned for cutting-edge material technology, rapid prototyping and simulation capability and aerodynamic expertise, its first eponymous road car delivers a huge amount of downforce. The Stradale weighs 855kg dry and produces 820kg of downforce at its 174mph V-max.

Beneath the bodywork there’s a carbonfibre tub and double-wishbone suspension all round, with three-way adjustable Tractive dampers that also feature road and track ride-height settings that adjust via a menu system on the steering wheel. You can also toggle between high and low power modes for the 2.3-litre turbocharged fourcylinder Ford engine, which produces up to 394bhp and 369lb ft of torque. Dallara has included ABS and traction control, but the steering is unassisted, and although you can opt for a paddleshift transmission, standard fitment is a six-speed manual gearbox. Giampaolo was inspired by Colin Chapman as a young man and wanted ‘his’ car to be built to an ethos of simplicity, lightness and pure driving enjoyment. Halle-f**king-lujah, as they say in Norfolk. And Varano de’ Melegari, as it turns out. 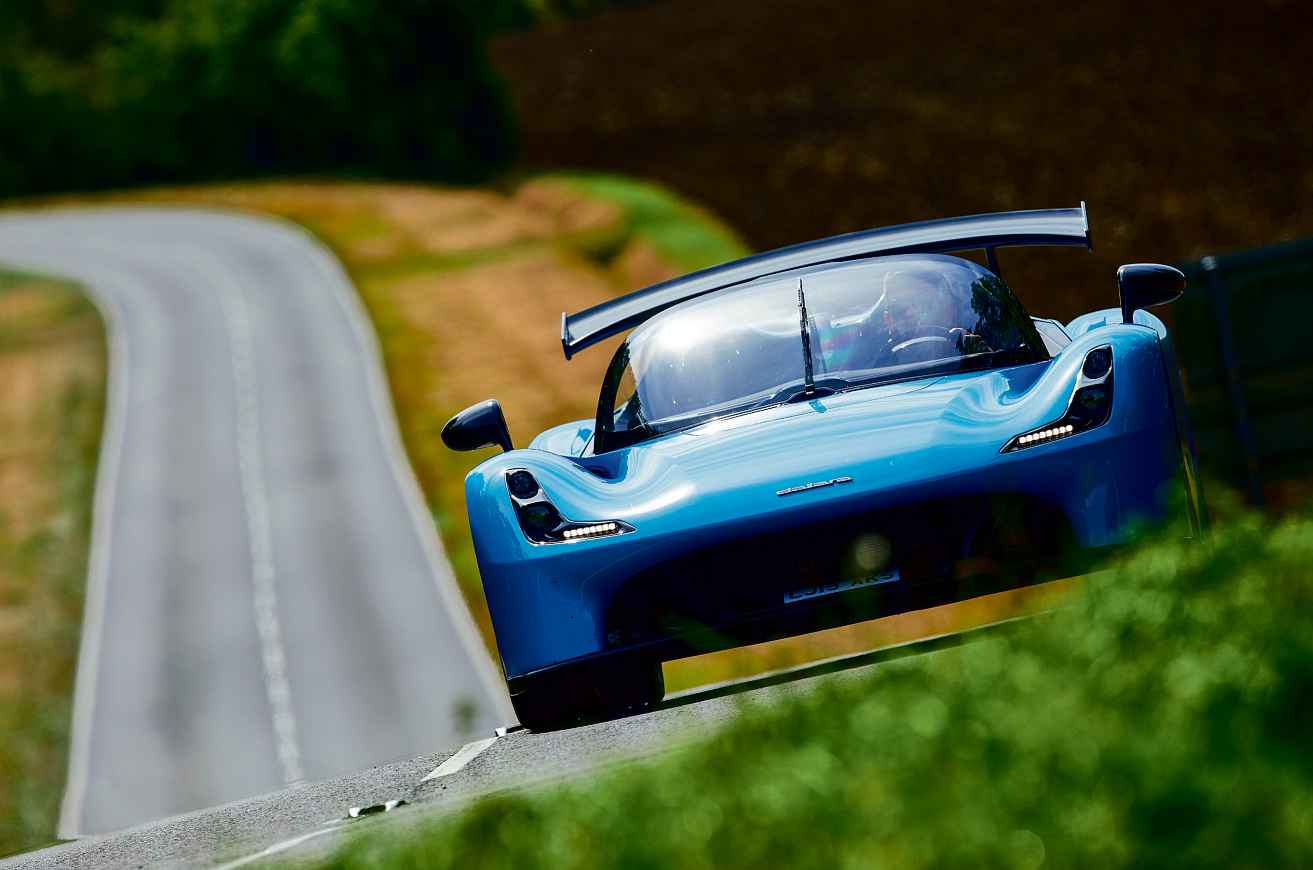