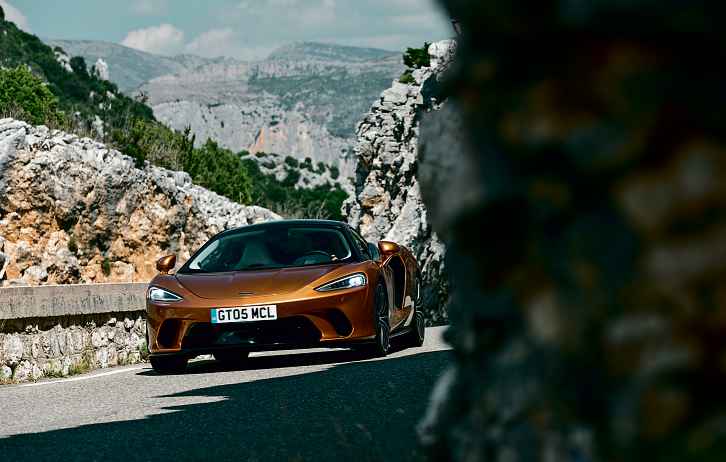 So Woking has joined the GT set, but can a grand tourer also be a supercar?

SO HERE IT IS. THIS MONTH’S NEW McLaren. I can feel some people drifting off at the back… Come on, guys! It’s a new McLaren that does 203mph and 0-124mph in nine seconds flat. Plus it’s got a carbonfibre monocoque and a 4-litre twin-turbocharged V8 with 612bhp at 7500rpm and 465lb ft from 5500 to 6500rpm. If we can set aside the fact that McLaren launches rather a lot of cars, I think we can all agree that the £163,000 GT is worthy of our attention.

Yes, it’s called the GT.Which is McLaren’s extremely subtle way of telling you that this new car is a, um, GT. In fact, such is its confidence that this is a new sort of McLaren that the GT falls outside of the usual Sports Series (570S and variants), Super Series (720S) and Ultimate Series (Senna, Speedtail) structure.

Oddly enough the company hasn’t really given this new branch an official title, but the idea is that the cars that fall within it retain many McLaren qualities but add a new layer of luxury and refinement. Space, too. The GT is 140mm longer than a 720S,

with up to 570 litres of luggage space split between the front compartment and rear deck (the latter with a special cooling duct running beneath it so the engine doesn’t melt your luggage). If, like me, 570 litres means absolutely nothing to you, consider that a Ford Focus estate has 575 litres of capacity without folding the rear seats. 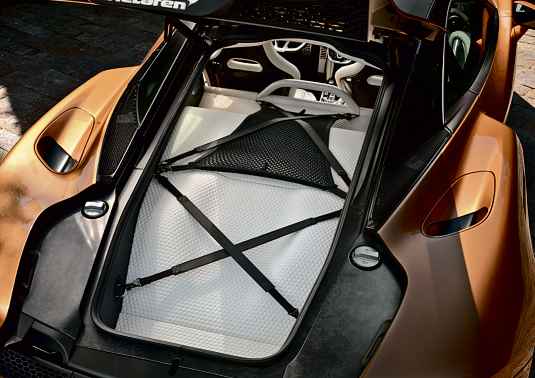 There’s also muchmore detail work to shift the focus away from pure supercar thrills to a more understated and practical everyday experience. The engine features a higher compression ratio (9.4:1, up from 8.7:1 in the 720S) and low-inertia turbochargers for a torquier and less manic power delivery. McLaren says 90 per cent of the peak 465lb ft is available between 3000 and 7250rpm and that the new exhaust system is much less intrusive. Front ground clearance is also much improved, there’s an optional 1200WBowers & Wilkins stereo and, of course, McLaren will delight in selling you tailored luggage and golf bags, too. Even themonocoque itself is revised to create more space and gets its own delightfully McLaren designation of MonoCell II-T (for Touring).