This Beauty Is A Beast 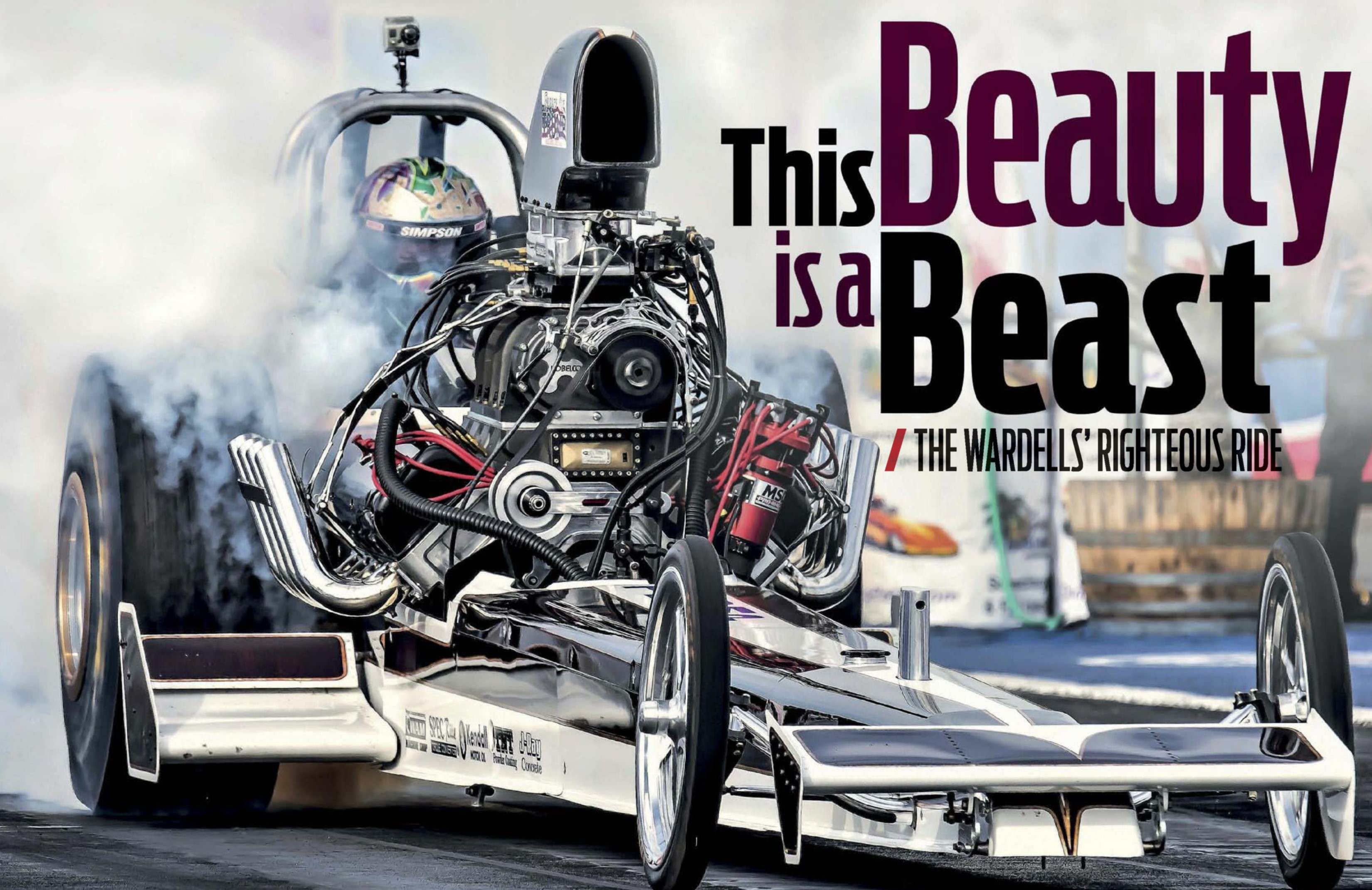 THE STEAMY AND SYMMETRICAL LINES OF DANA AND AARON WARDELL’S (FATHER AND SON) SLINGSHOT DRAGSTER ALL DOLLED UP WITH ITS WHITE, MAHOGANY AND GOLD LEAF MAKE- UP IS A STUNNING PIECE OF MOTORSPORTS MACHINERY. Found online, Dana and Aaron transformed a Rob Sterling 225-inch masterpiece into a statuesque beauty with a powerful, though sometimes temperamental, disposition. As a point of reference, its 526-cid Miner Brothers Racing engine has gone as quick as 5.52/259 mph in an NHRA alcohol Funny Car. But, the Wardells had something a little more sedate in mind: NHRA’s Hot Rod Heritage Racing Series 7.0 Pro. Dana clarifies their intent, “We detuned it to about 1,800 horsepower to accommodate the 7.0 Pro class. It has run 6.85, but 6.3s would not be out of the question if we let it gallop.”

The Wardells have been regulars on the NorCal drag racing scene for several decades, but this is their first time with a dragster. Dana cut his racing teeth at historic Fremont Drag Strip. Bracket racing a 482-cid ’62 Corvette whet his appetite for something faster.