The Best Day Ever 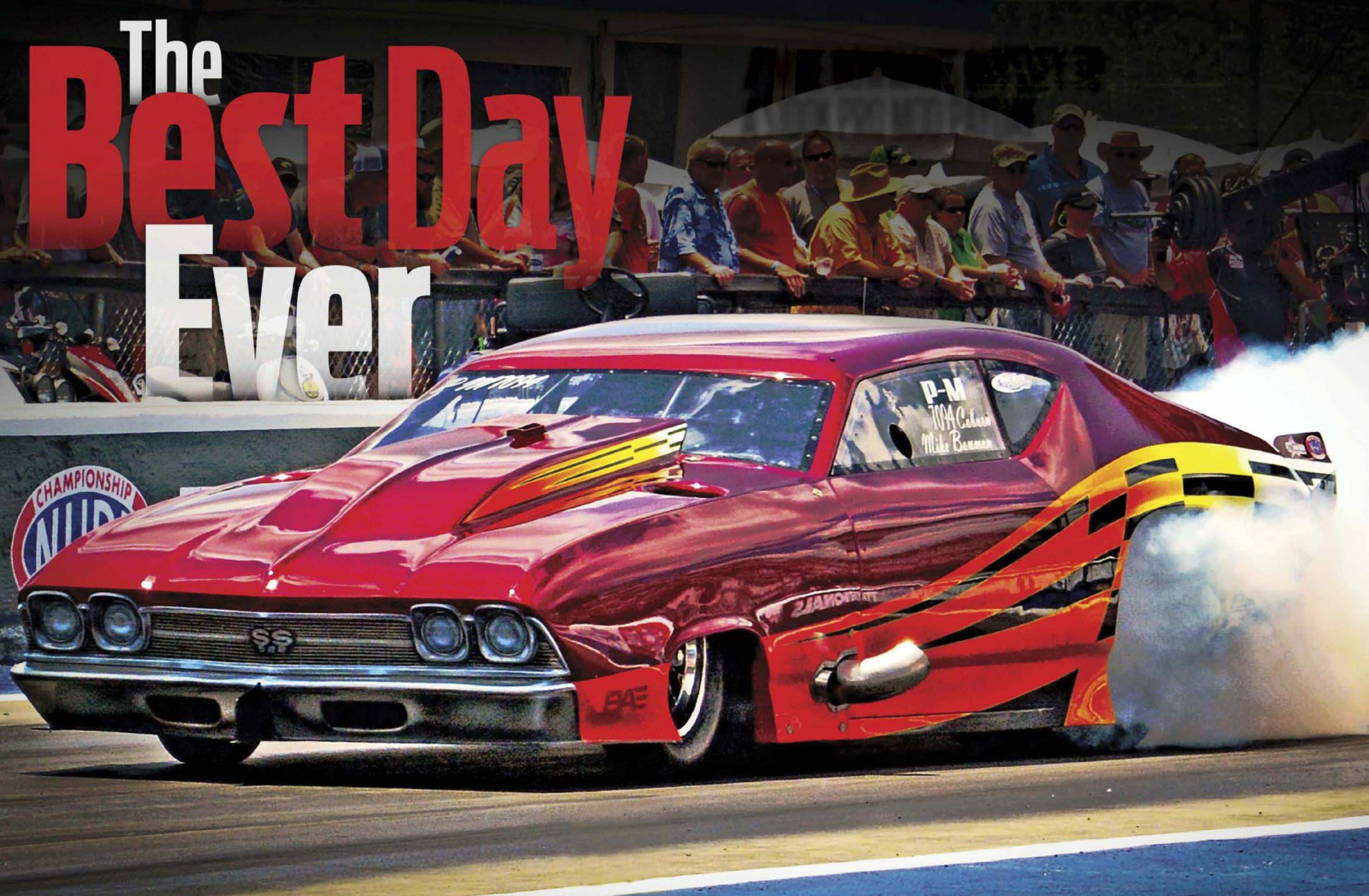 ASK SOMEONE ABOUT THEIR BEST DAY EVER AND YOU MIGHT HEAR STORIES ABOUT WHEN THEY MET (OR LEFT) THEIR SPOUSE, WHEN THEIR KID WAS BORN, OR WHEN THEY ACHIEVED A LONG- AWAITED DREAM. From Mike Bowman, you might learn that his best day was something of a surprise.

If you rewind to the mid-’90s, street car racing was making big noise with competitors, hot-rodding media and the performance aftermarket. Pro Street was the top of the food chain, and the season-ending Fastest Street Car event at Memphis was its Woodstock. Winning a coveted Top Ten jacket was considered a lifetime achievement.

In the midst of all this, in 1995, a relative unknown was making the long trek from California to attend Memphis and other Pro Street shows around the country. With a back-halved ’68 Chevelle on nitrous and a Turbo 400 behind it, Bowman quietly won more than a few Super Chevy shows and big NSCA events, including Union Grove. Even with his success, Bowman labored in relative obscurity. Eventually keeping pace went beyond what his car could do, and it was time to step things up.