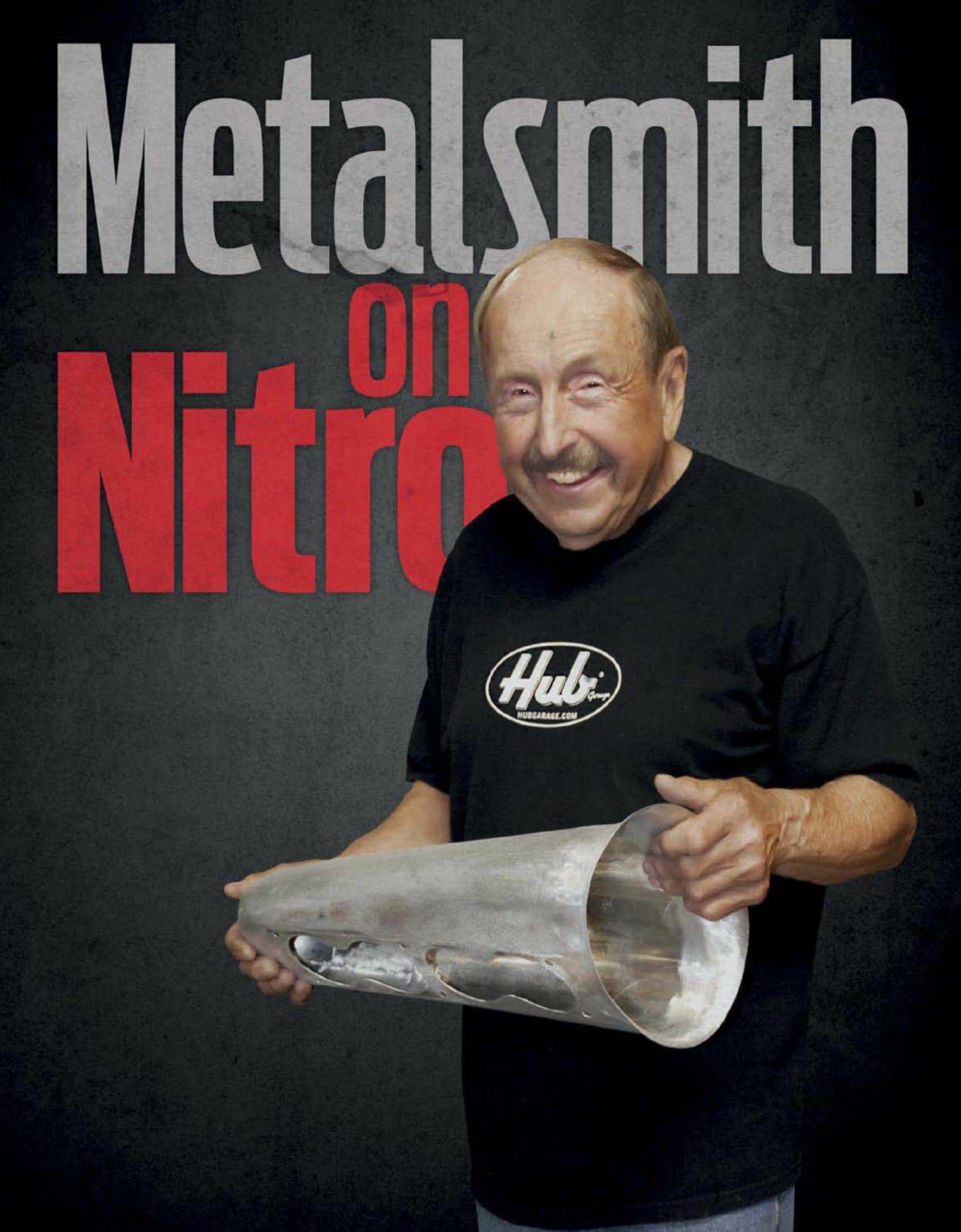 THE LIFE AND TIMES OF AL BERGLER

ICONIC DRAG RACER AND METALSMITH AL BERGLER WAS BORN IN 1936 AND GREW UP IN THE DETROIT AREA. He attended Washington Trade School where he learned autobody and mechanical work. In the mid- ’60s, the Michigander’s career blossomed twofold: He became one of the most respected metalsmiths in America, and a drag racer who established himself as one of the toughest competitors in NHRA Division 3 racing Comp Coupes, roadsters and Funny Cars. The winner of the 2004 NHRA-Hot Rod Reunion Lifetime Achievement Award, an inductee into the 2010 Michigan Motorsports Hall of Fame and 2015 inductee into the International Drag Racing Hall of Fame, Bergler had plenty to talk about when Drag Racer Magazine sat down with him at his shop in Shelby Township, Michigan.

Drag Racer: Growing up in the Motor City, your automotive interests must have developed fairly early.

BERGLER: I lived just inside 8-Mile Road, which was the border between Detroit and the suburbs. Motor City Speedway was across the street from where I lived, and a lot of famous big name circletrack drivers came from as far away as California to race there. As kids, we’d sneak in and watch the qualifying. Later on, I worked there painting fences, selling programs, popcorn and peanuts just to get in for free and watch the races.

DR: Bet you couldn’t wait to get your driver’s license.

BERGLER: We lived pretty close to Gratiot Avenue, which in those days was the used car capital of the world. A friend of mine got a job on one of the lots cleaning cars. He discovered the car lot next door needed a lot boy. I got the job for 50 cents an hour. The neat part was anytime anything came in that looked like a hot rod that had eyebrows or fender skirts on it, we got to take it all off and keep that stuff. This lot’s where my first car, a 1941 Ford convertible, came from.

DR: What came next?

BERGLER: In the late-’50s, I built a ’34 Ford roadster that started life with a flathead but quickly graduated to a 392 Chrysler Hemi with six Stromberg 97 carbs. There was a place in Detroit called the Ethyl Corporation that dyno-tested engines for the factories, then they’d sell off the motors. A friend of mine knew some of the people there and arranged for me to buy one at a ridiculously cheap price. That’s where that first Hemi came from. I used to race the ’34 out at Motor City Dragway. I made up a roll bar out of square pipe.

DR: Were you in a car club?

BERGLER: Yes, I belonged to the MMAC [Michigan Modified Auto Club]. At the time, a number of the members, including Ramcharger Don Westerdale, were getting involved with drag racing. When Detroit Dragway opened in 1959, I was running a rear-engine ’51 Crosley with a Chrysler in it called the Exterminator. The car ran in the A/Comp Coupe class, but it didn’t perform all that well. In 1960, I built the original Aggravation, a Bantam-bodied Competition Coupe running a Scotty Fenn chassis.

DR: Was that when you became associated with Gratiot Auto Supply?

BERGLER: Angelo Giampetroni rode his bike to Gratiot Auto Supply when he was maybe 14. He did little things like sweeping up and stocking the pop machine. When he came out of the Army he went to work at Gratiot full-time. At the time, I worked about a mile away at Matt’s Collision body shop, which is how I met Angelo and got hooked up with Gratiot as a sponsor. That would have been in the late-’50s. By then, Gratiot Auto Supply had become one of the biggest speed shops in Michigan, and they had a lot of connections in California. I didn’t get any money from Gratiot as a sponsor, but I got a lot of free stuff through them. They also ordered my first dragster chassis straight from Chassis Research.

DR: Was the original Aggravation your first serious race car?