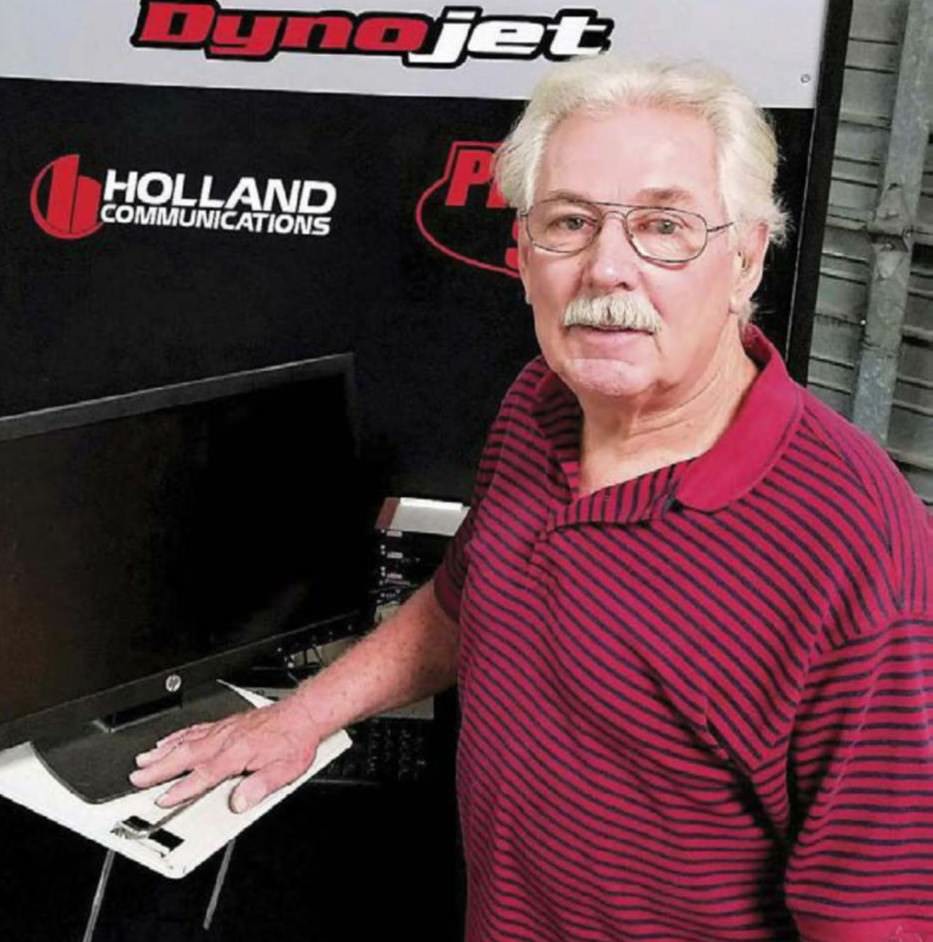 IN DRAG RACER’S “BEHIND THE SCENES” COLUMN, VETERAN MOTORSPORTS JOURNALIST BILL HOLLAND ENDEAVORS TO SHINE THE SPOTLIGHT ON THOSE DESERVING RECOGNITION.

This issue we’re turning the tables, making him the subject. The timing is perfect, because he’s being inducted into NHRA’s Hall of Fame at the California Hot Rod Reunion for his 50-plus years of involvement in hot-rodding.

For Bill, the journey started when he was 13. Home sick from school, his mom brought him a copy of Hot Rod Magazine to pass the time. Little did she know it would spark an interest that would never abate.

Born and reared in Hollywood, California, a mecca for hot-rodders at the time (Von Dutch was pinstriping cars around the corner from Bill’s house), Bill regularly frequented San Fernando and Lions drag strips.

Bill’s first “real job” after college was in the advertising department of the Hollywood Citizen-News and Valley Times newspapers. He also authored a motorsports column, “The World of Wheels,” which covered local races and items of interest to car enthusiasts. Close to the paper’s North Hollywood offices was Fiasco Automotive, operated by his high school pal, Terry Clairmont, and Richard Johnson. They ran a blown small-block Chevy-powered MG TD in the Modified Sports class. After learning the ropes at Fiasco, and a brief stint with Dwight Salisbury and Bob Christensen, Bill teamed up with John Guedel in Top Fuel.

In 1967, their National Automotive Specialties car debuted and was runnerup at the Grand Opening of OCIR, setting the track ET record with Tom “The Mongoo$e” McEwen driving. Later, Guedel set the OCIR speed record at 223.88 mph with the Ed Pink-powered beauty, which also won Best Appearing Car honors at the Hot Rod Magazine drags at Riverside and was on the cover of Drag Racing Magazine. National Automotive Specialties produced drag racing’s first formal data-gathering system (Drag Log) and a squeeze-bulb hydrometer (after Bill grew tired of ingesting nitro while mixing fuel with a hose).