WHY THE 6.7L POWER STROKE IS SO GREAT 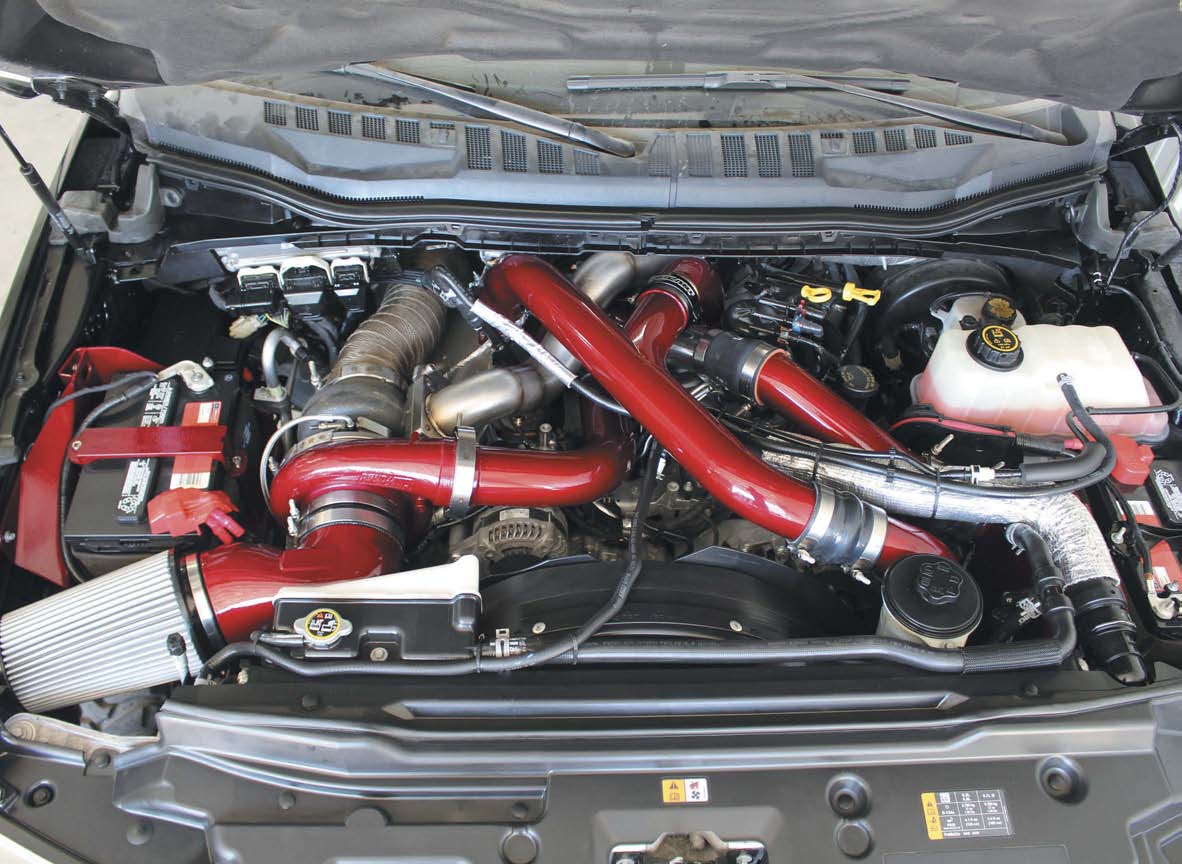 …AND THE AFTERMARKET PARTS THAT MAKE IT EVEN BETTER

MIKE MCGLOTHLIN
In bringing CGI block technology, reverse-flow cylinder heads, air-to-water intercooling, 400 hp and 800 lb-ft of torque to the diesel truck segment, Ford’s 6.7L Power Stroke was big news. Since its release in 2011, the 6.7L Power Stroke has all but been perfected by Ford, and hundreds of thousands of happy customers agree. Its reputation for reliability and high-mile durability is often compared to the venerable 7.3L—although the 6.7L racks up its miles with significantly more power on tap, cleaner emissions, and vastly-improved drivability. Its performance potential and dependability has even converted Duramax and Cummins fans to Ford owners.

So why is the 6.7L Power Stroke so great? After all of the issues associated with the 6.0L Power Stroke were followed by rampant emissions-related, fuel system, and hard-part failures on the 6.4L, the Dearborn automaker desperately needed a homerun engine for its Super Duty line. By taking its diesel engine program fully in-house and bringing outside experts onboard to help with its development, FoMoCo delivered. In the grand scheme of things, Ford’s 6.7L may have even saved the Power Stroke name. It might not be the greatest compression-ignition power plant ever created, but it is arguably the best Power Stroke ever assembled. In the following pages we’ll explain why. 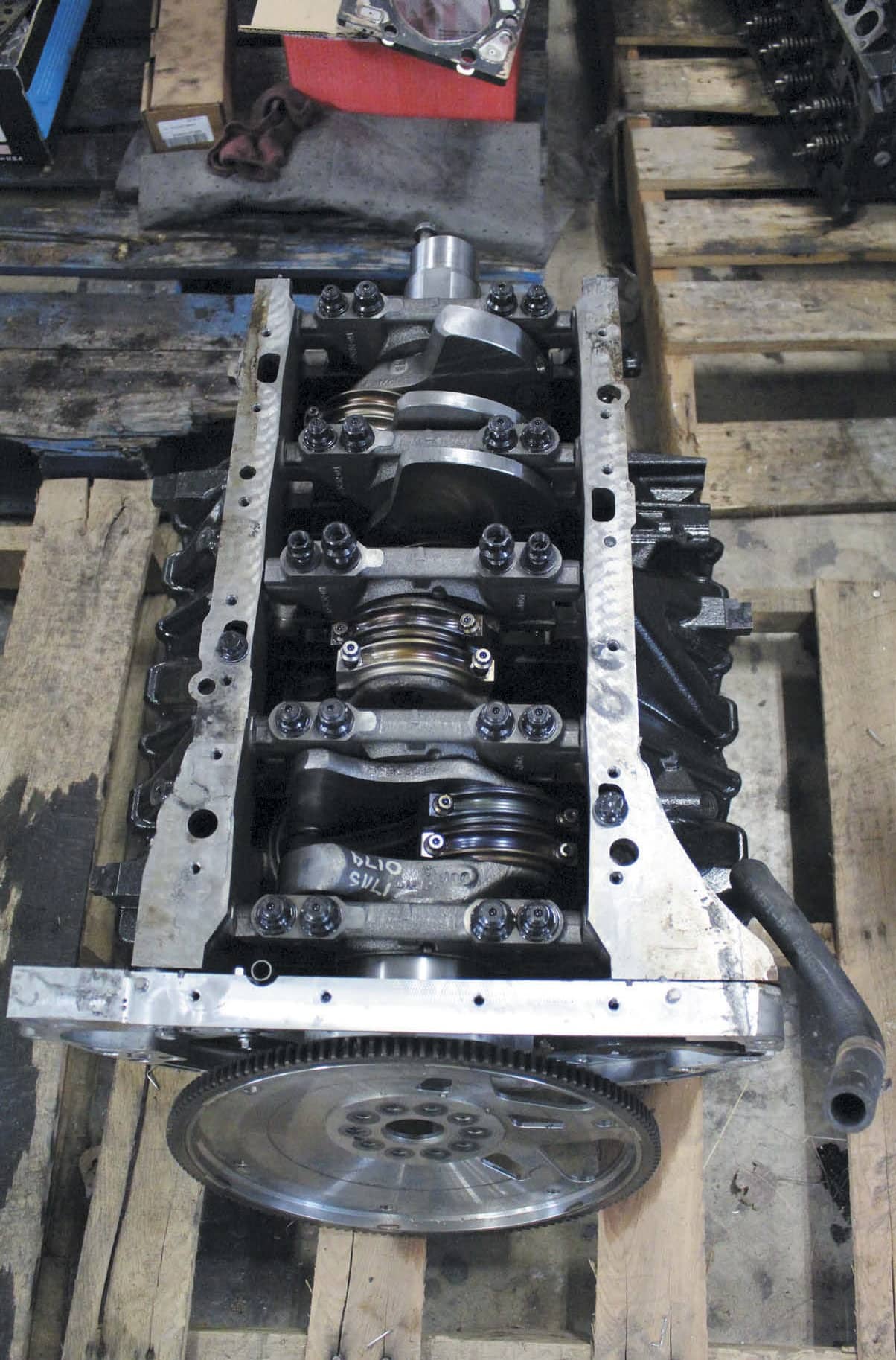 Big low-rpm torque, insurance to facilitate future increases in cylinder pressure (i.e. torque), substantial weight reduction and improved noise, vibration, and harshness (NVH) all pointed Ford in the direction of using compacted graphite iron (CGI) for the 6.7L’s block rather than conventional gray iron. Thanks to CGI’s superior strength (it can be as much as 75-percent stronger than gray iron), critical areas of the block that would normally require a lot of meat can be cast much thinner. 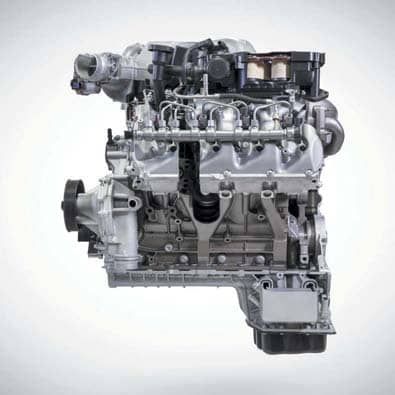 Use of a CGI crankcase was one of many firsts the 6.7L Power Stroke brought to the ¾-ton and larger truck segment. All blocks are cast by Tupy, where they also receive their initial machining. From there, the blocks are shipped to Ford’s Chihuahua, Mexico engine plant. Notice the block’s deep-skirt design, which did away with the bed plate employed on both the 6.0L and 6.4L Power Strokes. 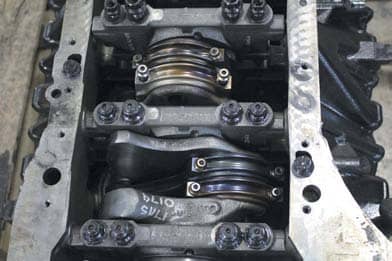 The 6.7L Power Stroke might not employ a bed plate, but it does utilize cross-bolted main bearing caps with six bolts apiece. For utmost ductility, the main bearing caps are made from nodular iron. Not surprisingly, they secure a crankshaft that’s constructed of forged-steel. The crankshaft’s 4.25-inch stroke is the longest of any Power Stroke built to date. 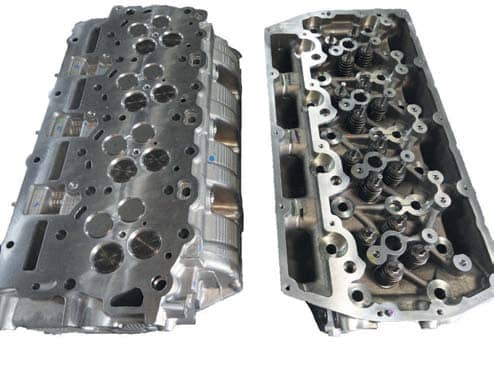 Another departure from the 6.0L and 6.4L, the 6.7L Power Stroke features six head bolts per cylinder (with sharing) as opposed to four. With an abundance of head fasteners helping to contain cylinder pressure, each bolt’s outer diameter measures 12mm (vs. 14mm on the 6.0L, and 16mm on the 6.4L). 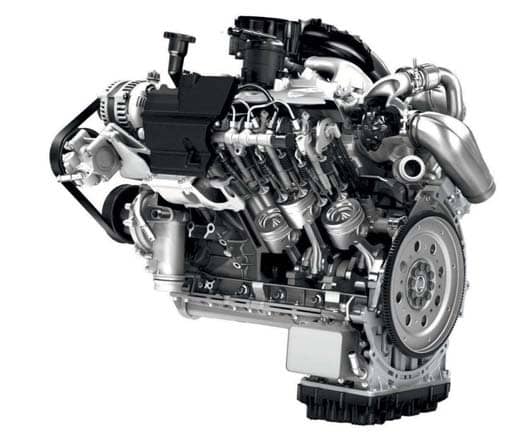 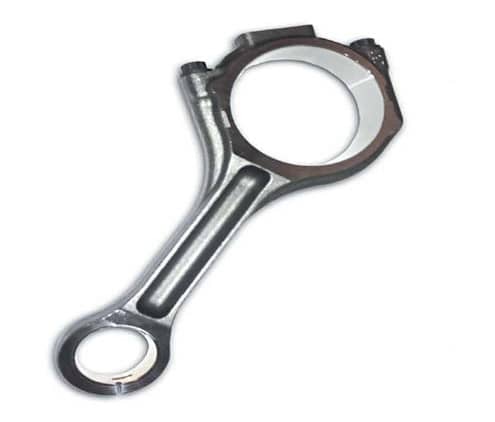 Further weight savings measures on the 6.7L included reducing the rotating mass of the engine. This reduction directly led to thinner connecting rods. But even though the fractured cap, powdered-metal rods aren’t as beefy as the units employed in preceding engines, the aftermarket has proven they’re still capable of handling 700-rwhp. On the small end of each rod, you’ll find an offset wrist pin and an aluminum piston cast by Mahle with a single cooling galley. In engines produced before January 7, 2016, 34mm wrist pins were used. Since then, 35mm pins have been employed.

Aluminum cylinder heads weren’t anything new to the truck segment when the 6.7L Power Stroke arrived (hint: Duramax), but the reverse-flow design was. Reverse flow means the exhaust manifolds are located in the valley (inboard side of the heads) rather than on the engine’s outboard side. By packaging the exhaust manifolds in this fashion, the turbocharger is made much more efficient thanks to reducing the loss of radiant heat.