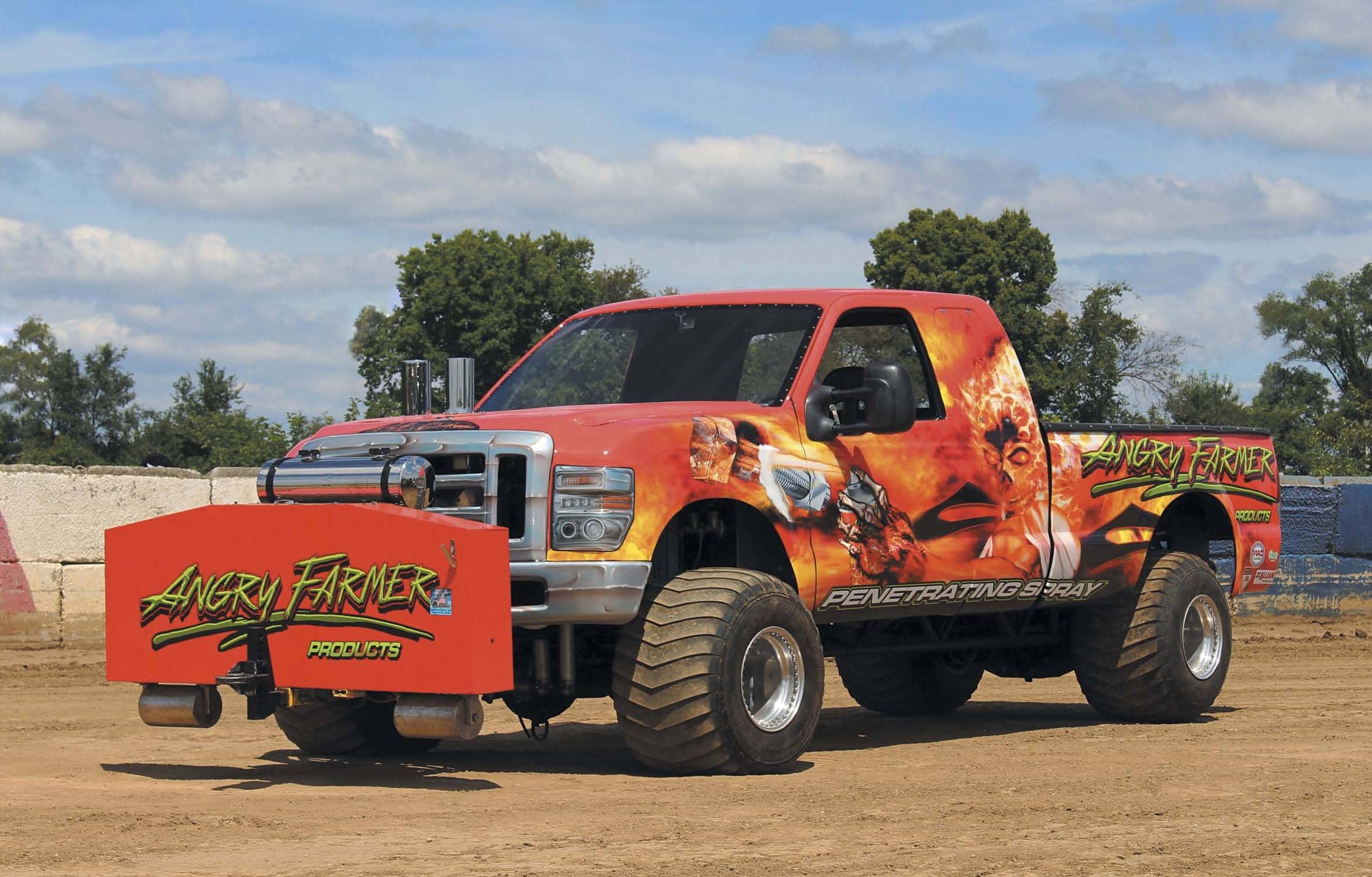 If you’re in the business of producing automotive products, you know that advertising in motorsports serves as one of the best ways to build name recognition. Things get even better when your mobile billboard finishes in the winner’s circle. As the owner of Angry Farmer Products, Todd Dugan chose to promote his company’s new penetrating spray by campaigning a truck in the Super Stock class. Already the driver of a blown-alcohol puller, he was well aware of the diesel class’s immense popularity in his native Ohio State Tractor Pullers Association (OSTPA), but what sealed the deal for him was the ability to compete across sanctioning body lines. Being able to compete for PPL, NTPA, and OSTPA points in the same truck meant a Super Stock rig would likely offer the best return on his advertising investment. But how did Todd plan to infiltrate and then be competitive in the premier class in diesel motorsports? 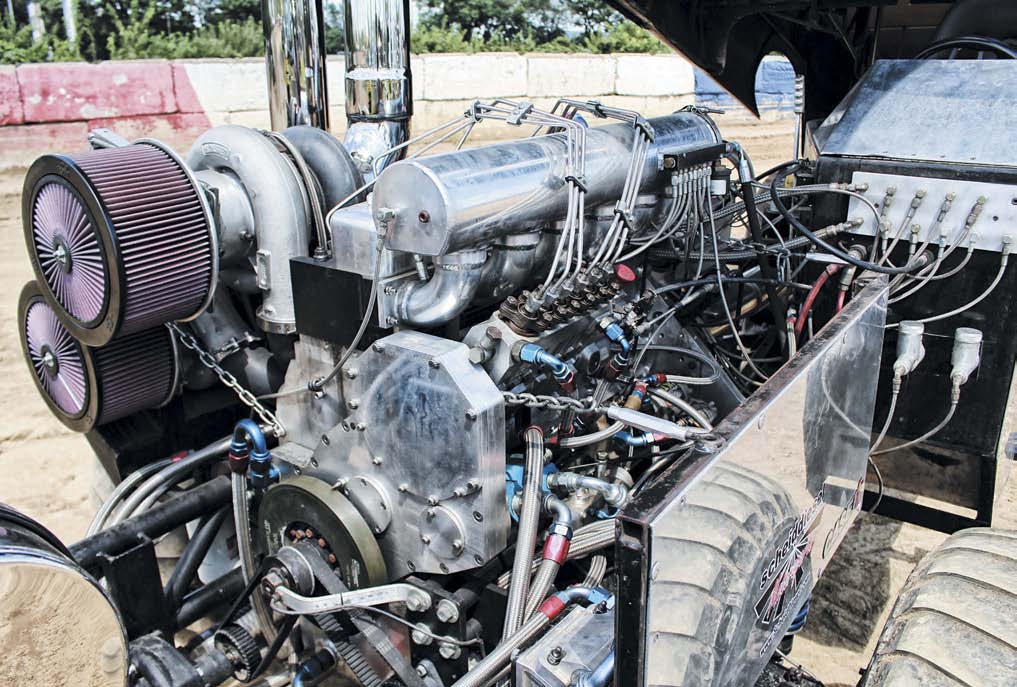 t started with the acquisition of Carl Atley’s Cummins-powered, Ford-bodied, tube chassis puller, a proven performer that’d been for sale for some time—and that had given Carl two PPL championships and one NTPA points title in recent years. During the transfer of ownership, Carl proved invaluable in showing Todd the ropes, and even piloted the truck several times in 2019. “I thank Carl for making the transfer of the truck as simple as possible,” Todd told us. “I’ve learned more from this man in one year than all my years pulling the blown-alcohol truck. He truly knows this truck like the back of his hand.”