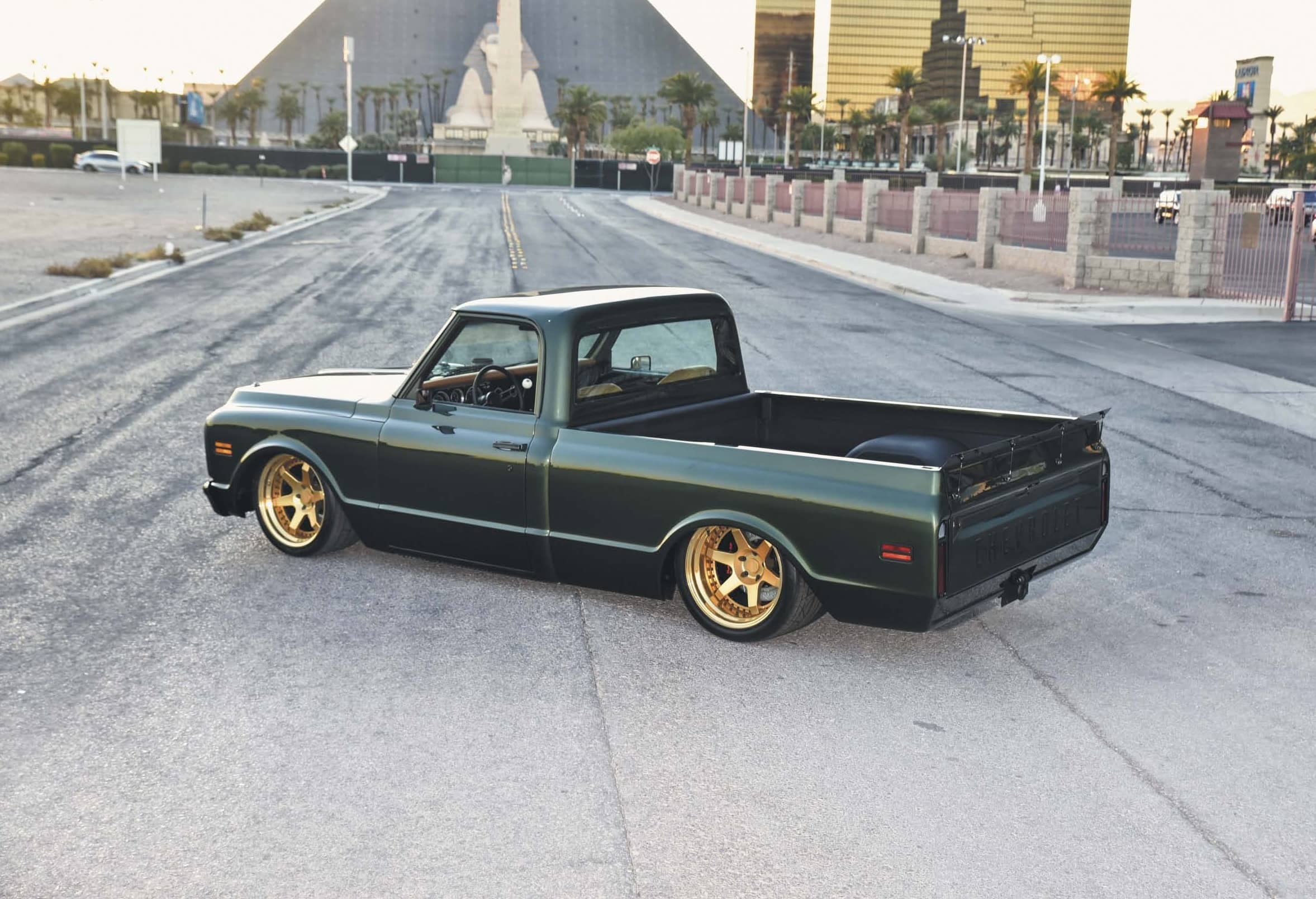 Launched in the fall of 1959, the 1960 model year C-10 introduced a new body style of light pick-up truck that featured many industry firsts. Most important of these were a drop-center ladder frame, allowing the cab to sit lower, and independent front suspension, giving an almost car-like ride in a truck. Also new for 1960 was a new designation system for trucks made by GM. Custom C10 builds have become quite popular over the years but often feature LS swaps and airbag suspension. We have started to notice a trend lately that was prevalent at the last SEMA Show, DIESEL SWAPS! Brody got his first Duramax in 2009 and fell in love with the power and performance. Since then he’s been hooked on diesel performance, so naturally, this build would have to be diesel-powered. We bring you, Brody Stone’s pro-touring, 1970 compound turbo-powered Duramax C-10! 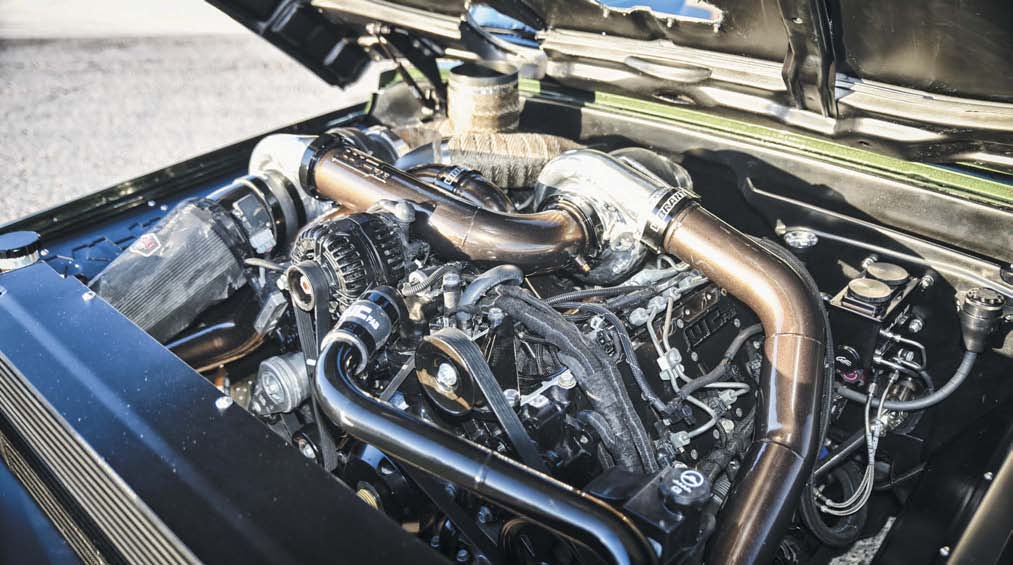 “This C10 literally fell in my lap. I was on the phone with a friend discussing his Pro touring GTO he had just completed when he suggested my next project should be a pro-touring style truck. He suggested 67-72 models looked really cool. Since I like trucks, I googled pics of C10’s while on the phone and really liked the idea of building a truck but knew it would have to be different than the normal LS swapped C10.” 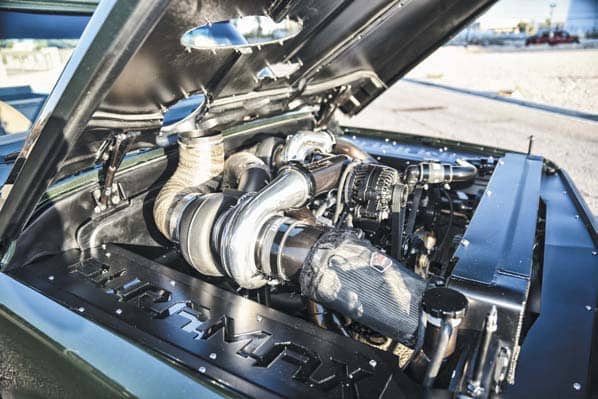