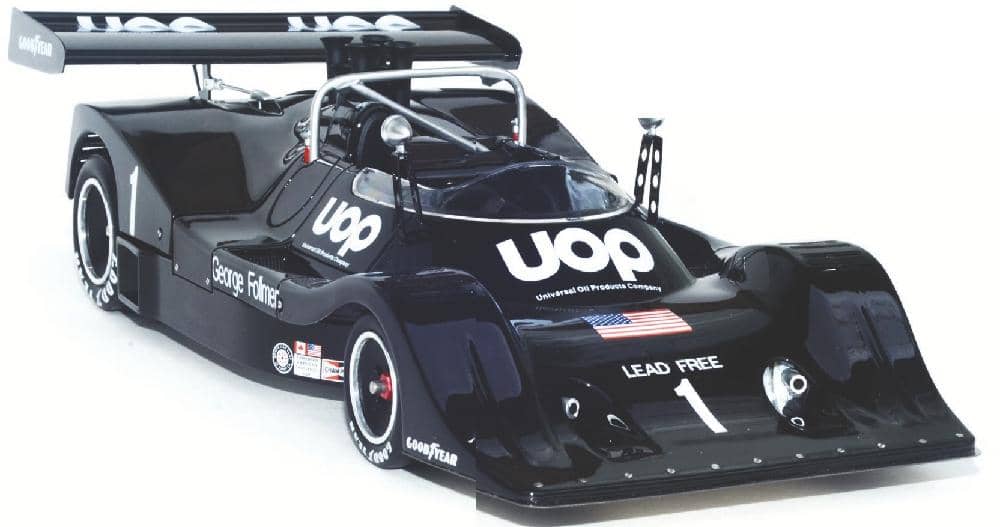 Stellar Pair of Racers from the Super Sub’s Stable

Among racing drivers of the 1960s and 70s there is one in particular who had a very successful career that many racing fans still tend to overlook. He won championships in the Can-Am, Trans-Am, USRRC and the SCCA’s Formula A, but he raced in numerous other series. In his first race in Formula One he scored a point as a 39 year old rookie, an age when most F1 drivers have retired (or are seriously thinking about it!). His second F1 race saw him standing on the podium. He drove a USAC Champ Car and won an IndyCar race at Phoenix with a stock-block powered race car. He also raced in NASCAR’s Winston Cup, the International Race of Champions (IROC), won his class at the 12 hours of Sebring, and got podium finishes at the 24 Hours of Daytona and the 24 Hours of Le Mans. Know who I’m talking about? It’s George Follmer, and he has been called “America’s Wheelman.” Legendary Team Owner Roger Penske regarded Follmer as his “Super Sub.” When Penske’s lead driver Mark Donohue was unable to race—due to injury or other commitments— Penske knew Follmer could step in, take Donohue’s place, do a yeoman’s job and put the car in contention.

Follmer started his racing career driving a hopped-up VW Bug in Solo competition in parking lots around his home in Pasadena, California. His skills caught the eye of the owner of Trans-Ocean Motors, a local VW-Porsche dealership, who was so impressed that he sponsored him in the 1965 United States Road Racing Championship in a Porsche-powered Lotus 23. Follmer took the overall Championship, beating out Jim Hall and his famous Chaparral in the process. Remember, this was Follmer’s rookie year in the series! 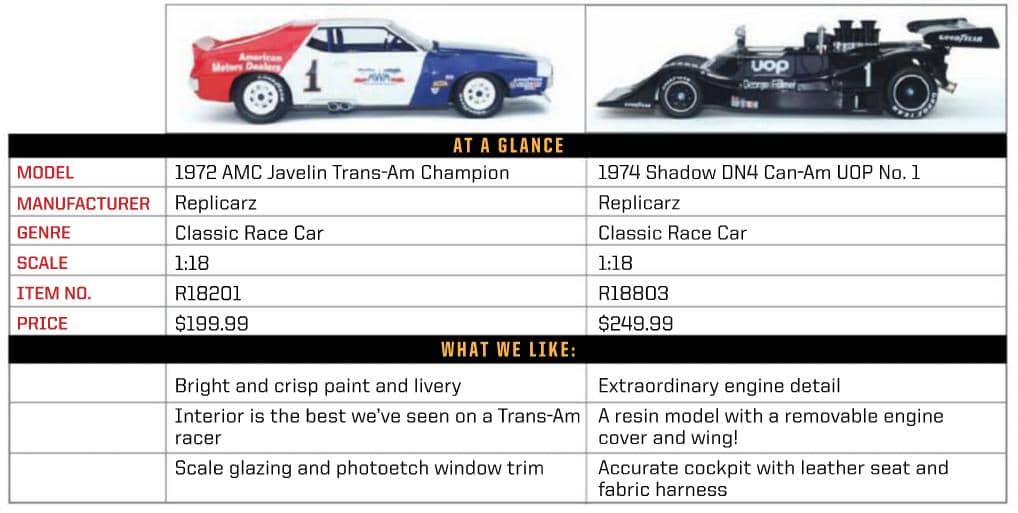 While Follmer focused primarily on “sports car” racing, he could be found in anything from an open-wheeled F1 or IndyCar racer to a NASCAR stocker. And he was often teamed with other better-known drivers: Mark Donohue, Parnelli Jones, Peter Gregg, Peter Revson and Jackie Oliver, among others. As a result, he was sometimes required by “team orders” to yield to the team’s lead driver, but he persevered and enjoyed considerable success. Parnelli Jones, a legend in racing and one of the most aggressive drivers of the era, was teamed with Follmer in Trans-Am in Bud Moore’s Boss Mustangs, and called him “one of the best he’s ever raced against.”