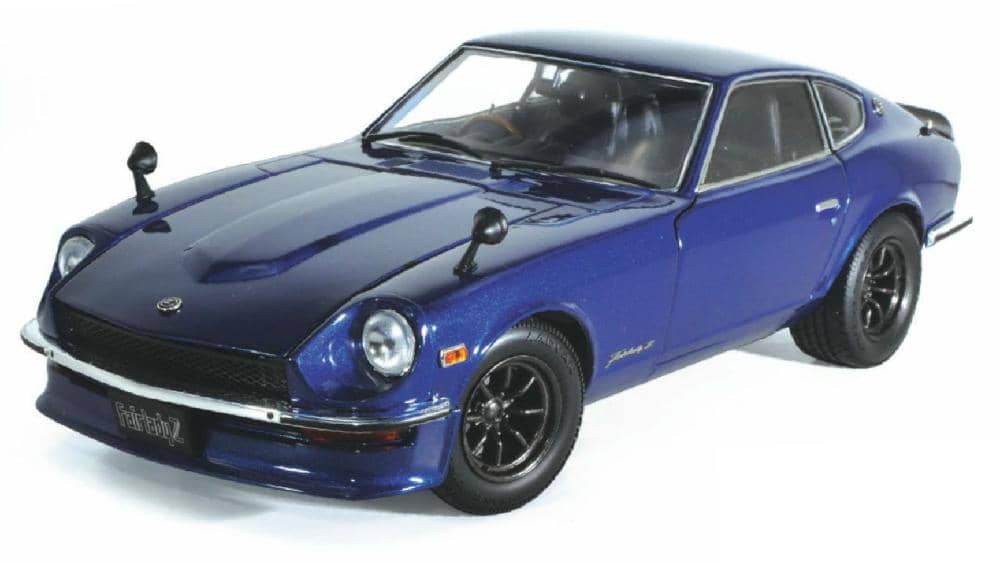 It’s been about 20 years since Kyosho first decided to make a 1:18 scale diecast of Datsun’s 240Z. When the real car was first introduced, it set the automotive world ablaze. Anybody who could accept the limitations of driving a two-seat sports car wanted to have one. It was beautiful with shapely lines and a wind-cutting profile and layout similar to the Jaguar XKE, it offered solid performance but was reasonably priced. Many young adults (and some not so young) got in line to buy a Z. Kyosho’s rendition of the first-generation Z was beautifully executed. The shape and stance were spot-on 20 years ago, and they still are. Just recently Kyosho has released an updated version using the same casting, which goes to show just how ahead of its time that original model was. I would call it a 5-millimeter car; you could be that close and it still looks good. On the outside, the detail is all there. The car’s windows are completely glazed and crystal clear, and the rear hatch window has painted-on defroster strips. The side marker lights have little chromed bezels, and the little vents below the hatch window are photoetched. My original silver US-spec (left-hand-drive) Z sports a blue and gold California license plate that reads “71 240Z”, informing us of both the year and the American model name. The new release is a 1970 right-hand-drive car and carries a display plate announcing the Japanese domestic market (JDM) designation “Fairlady Z”. This version is quite similar to a version from a few years back that Kyosho called the “Street Sports” and it has a few other JDM features like the fender mounted mirrors (which I dislike!), and the more streamlined bumpers without the vertical bars (which I very much like!). There is also an aftermarket front air dam and rear ducktail spoiler that are reminiscent of the Z race cars which hold a special place in my heart (see BRE sidebar.) 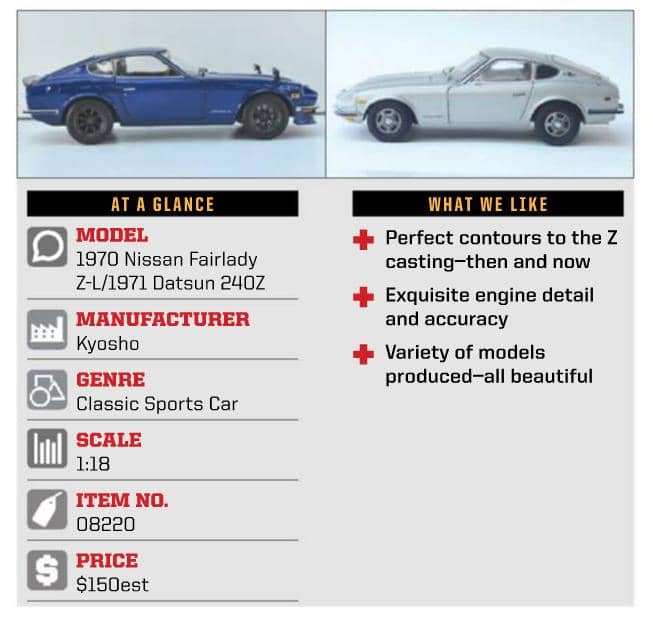 Kyosho put details into their Z that I wasn’t expecting. In the interior, flocking faithfully simulates cut-pile carpeting, and the diamond-embossed vinyl on the transmission tunnel and on the rear shock towers is there too. In back, they’ve included the little belts for holding your luggage in place (this is a GT, remember) and the detail on the tach and speedo is so precise that you can practically read the mileage on the odometer! The center console looks just right, and you can look at the choke lever and see the little choke logo on the knob. There is even the correct blonde wood hue to the paint on the steering wheel rim and shift knob. 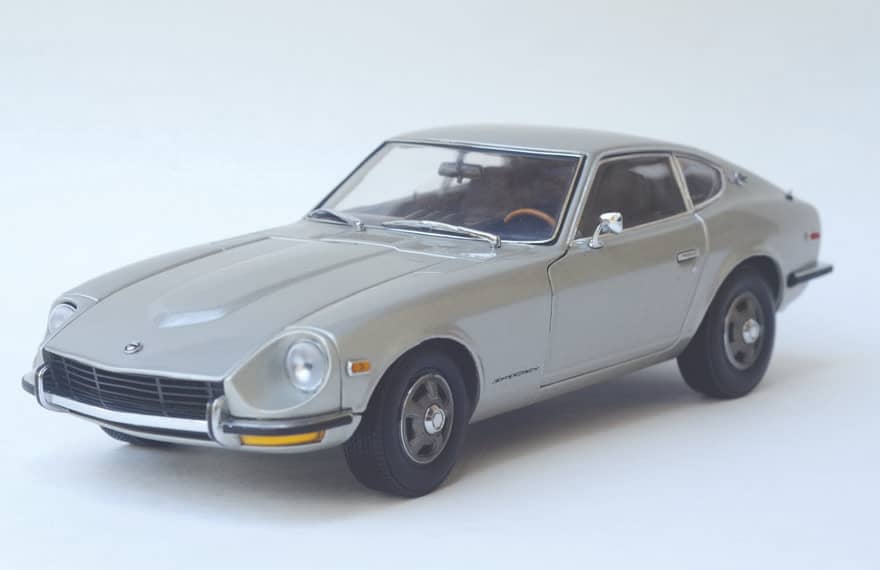