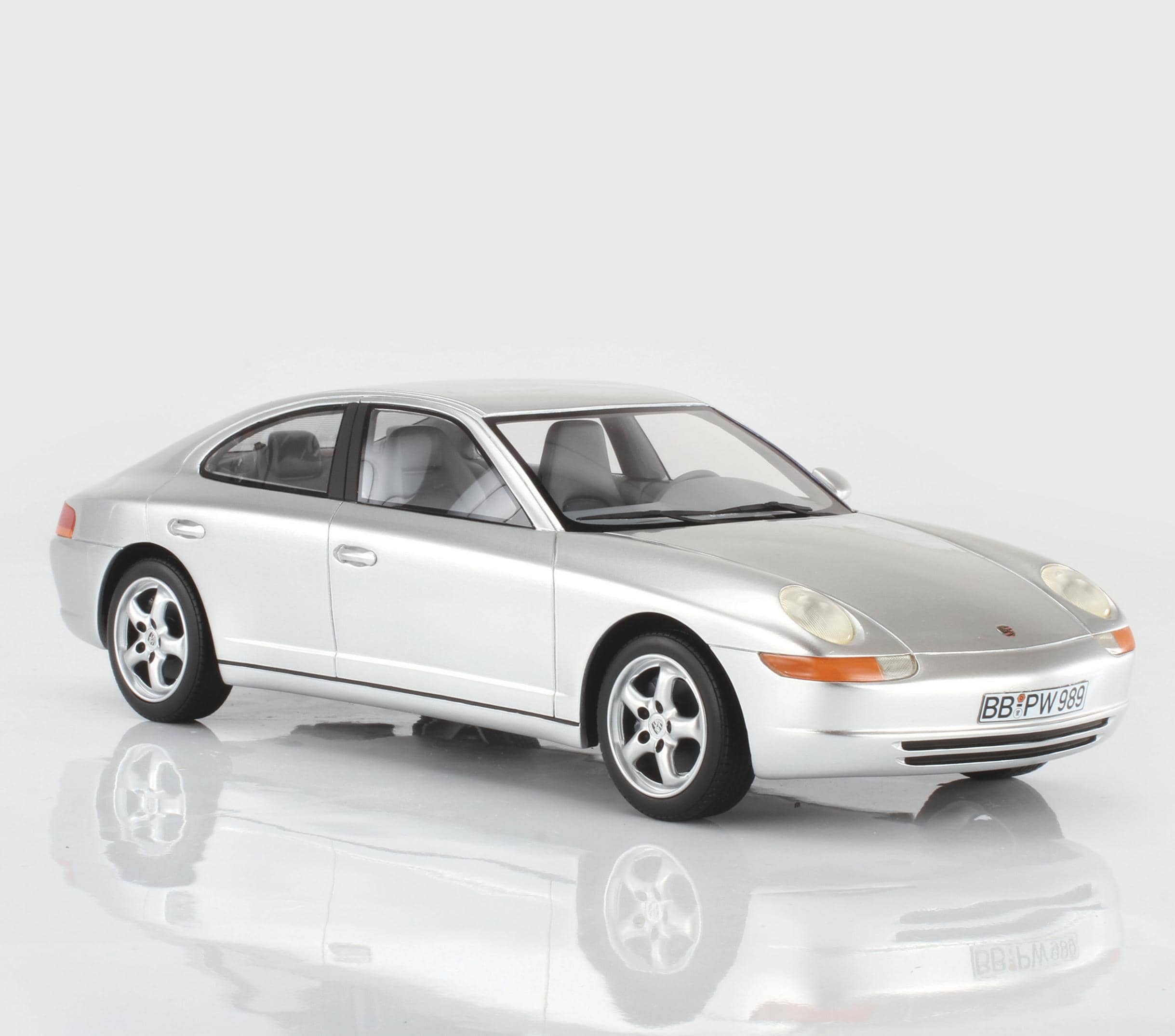 A sophisticated sedan that was a bit before its time

In North America alone sales had topped 20,000 cars in each of the previous two years, thanks to the triple punch of the entry-level 944, the iconic 911, and the muscular grand tourer 928. This last model was the main focus of Porsche executives; they felt it was the big V-8-powered GT that offered the most potential to expand its market, particularly if it could serve as the basis for a larger, four-door sedan with which to challenge German rivals BMW and Mercedes-Benz.

The idea was not new. CEO Ferry Porsche had championed a four-door conversion of a 928 back in 1984, but the modest wheelbase increase and use of clamshell half-doors in the rear did not make for a very practical solution for rear passengers. So Porsche started looking at developing a full-fledged four-door. The result would be the one-off prototype 989 which debuted, not coincidentally, in 1989.