Honda has a rich motorsports history stretching back to the 1960s, but you wouldn’t necessarily have known it by looking at the company’s automotive offerings. Unlike most other manufacturers Honda rarely marketed performance-oriented versions of its cars in its early decades—or even seemed to acknowledge the existence of its racing heritage within its production car line, relying instead on its motorcycles to carry the performance torch. But they certainly did not lack for confidence in their automotive engineering skills; barely one year after the introduction of Honda’s first four-wheel vehicle—the tiny T360 truck in 1963—the company decided to go racing … in Formula One! As absurdly ambitious as that notion would seem, it didn’t take long for Honda to become competitive, scoring their first win in the 1965 Mexican Grand Prix. 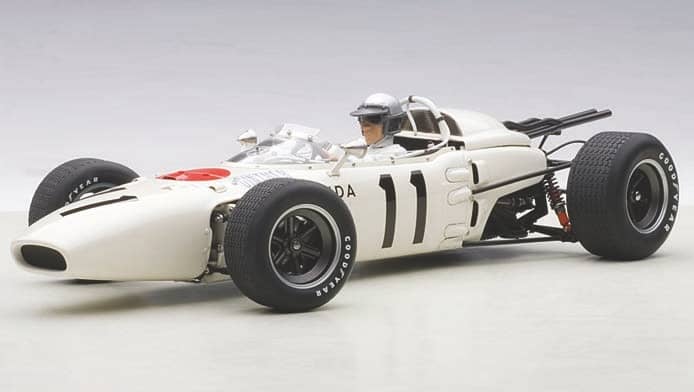 By that time Honda was also building a road-going sports car—a 2-seat micro roadster called the S500 (“S” for Sport and “500” for its 531cc engine)—which can fairly be called Honda’s first production performance car. Bumps in displacement over the next few years led to the S600 and S800 evolutions before the model was retired in 1970—and with it Honda performance went on hiatus for nearly 15 years as the company built its reputation on supremely reliable, fuelefficient—but slow—economy cars. The “S” badge would return in 1983, tacked onto a version of the model the company had become known for: the Civic. That 85-horsepower Civic S is not exactly what we think of today as a hot hatch, but the benchmark VW GTI only had 90hp that year and it weighed 200 pounds more. Still, it would take another two years—and the addition of a lowercase “i”–before Honda’s performance mojo would truly return.

Contrary to popular belief, the genesis of Honda’s Si trim was not a Civic. Well, not quite. The Si (the “i” denoted the presence of fuel injection) debuted on two models for 1985: the Prelude Si 2-door coupe and the stubby little 2-seat CRX Si (which, to be fair, is basically a Civic hatchback with the back seat cut out of it). The CR-X Si weighed less than 1800 pounds so it was reasonably quick for the day, and because it was nearly as wide as it was long it was about as nimble as a frontdriver gets. A Civic Si followed in ’86 for those missing the back seat, but the CR-X Si was the model that put Honda back on the performance map. But it was the arrival of Honda’s signature variable valve timing system—known the world over as “VTEC”—in 1989 that took things to a new level.

Do you remember where you were when the VTEC kicked in for the first time? The first production cars to receive Honda’s innovative “variable valve timing & lift electronic control” were introduced to the Japanese Domestic Market (JDM) in 1989: the Honda Integra XSi (which we got in the USA—without VTEC—as the second-generation Acura Integra GS), followed by the Civic SiR. Both were powered by the same B16A inline-4 which, thanks to VTEC, made an impressive 170 horsepower from just 1.6L. Honda had pioneered its variable timing technology on its sport motorcycles some years earlier but these two models brought it to the mainstream. 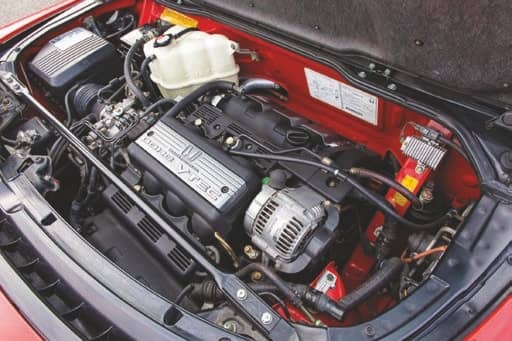 VTEC arrived stateside in the revolutionary practical exotic car—the Acura NSX—in 1991, followed by a GS-R version of the Integra in 1992. Variable valve timing was not exclusive to Honda even back in 1989, but by varying the cam lift as well as the timing Honda’s version was both more efficient and, perhaps more importantly, more noticeable from behind the wheel. Enthusiasts could hear and feel the VTEC “kicking in,” lending a visceral element to their car’s performance. Plus, Honda’s system had the coolest name. Those two factors propelled “VTEC” from a just another technical acronym to a buzz word in the cultural lexicon of import performance enthusiasts. Honda would ultimately decide that having two different naming conventions for essentially the same trim level was too confusing, so it dropped the XSi and the SiR would prevail as the top performance trim level, eventually appearing on Civics, Integras, Accords, and Preludes. That “X” was reassigned to another Honda project—one that would shake up the automotive world in 1990: the NSX.