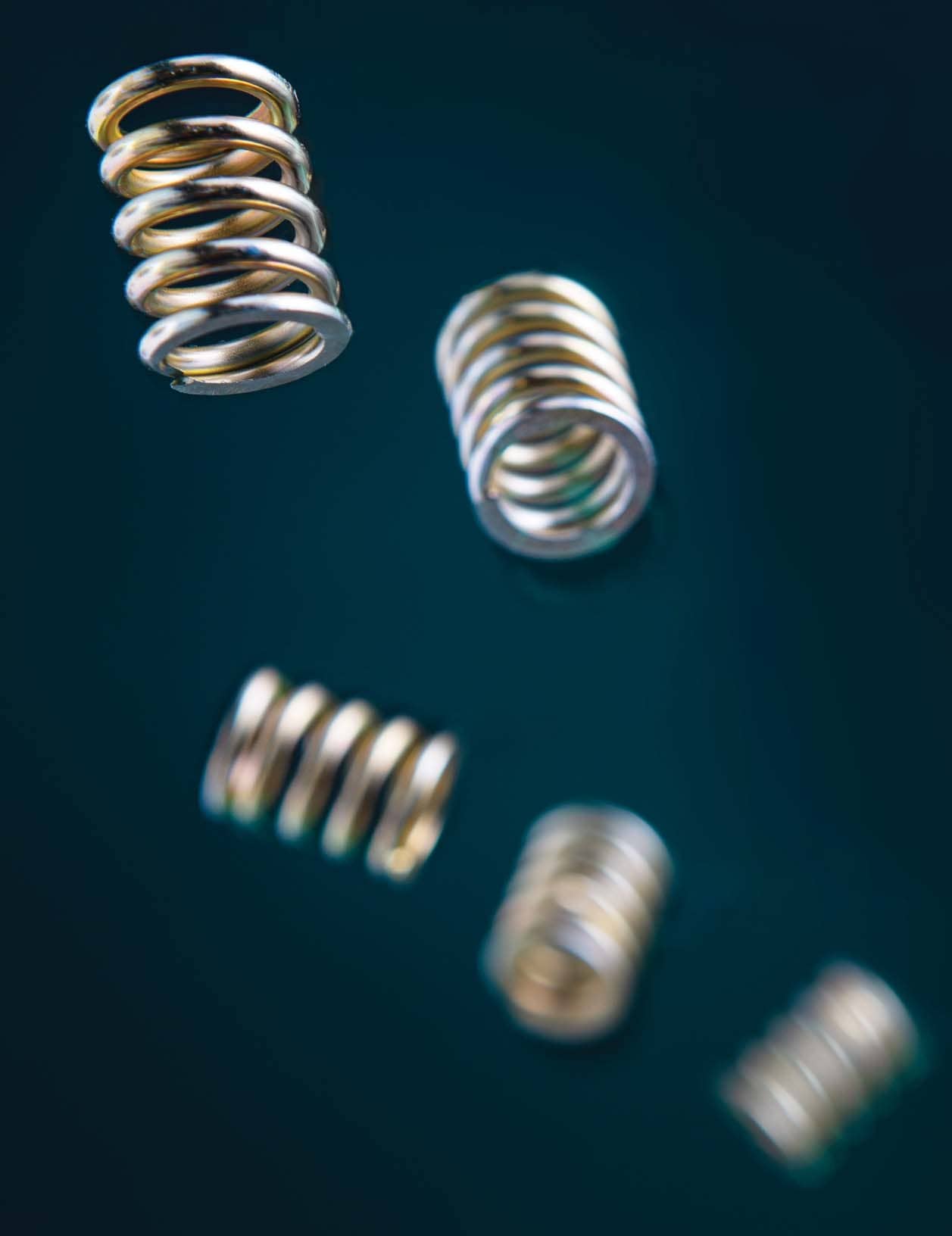 It’s not just coils in suspension or on valves

The word “spring” usually applies to an intentionally created elastic element, such as the helical coil springs used in vehicle suspension or engine valve trains. It can also apply to the compressibility of gases, as in the pneumatic valve springs used in MotoGP, or in the MX “air suspensions” that flower every few years. Rubber in torsion was a common form of spring in 1960s British motocross bikes. Spring can also describe structures never intended to be flexible, as when former Ducati engineer Corrado Cecchinelli explained to me that certain riders mistakenly feel flex in footpeg brackets as loss of tire grip.

Structures acting as springs became a big subject during the decades when chatter set the upper limit of chassis performance. I was shown a Yamaha 750 Superbike on a two-post hydraulic shaker rig as the operator Rob Tuluie (Makers, Issue 3, 2019, CW) made a frequency sweep. At around 22 Hz the front wheel essentially disappeared, so large and rapid was the fore-and-aft whipping motion excited in the springy fork tubes and steering head. When in 1993 Yamaha again stiffened the chassis of its two-stroke YZR500 GP bike, rider Wayne Rainey characterized the result as “chatter, hop, and skating.” Since that time, intensive work has gone into making chassis and swingarms into functional suspension springs, their deliberately created lateral flexibility improving the ability of the tires to follow irregular pavement at high lean angle, rather than skip rigidly from crest to crest, losing grip each time.