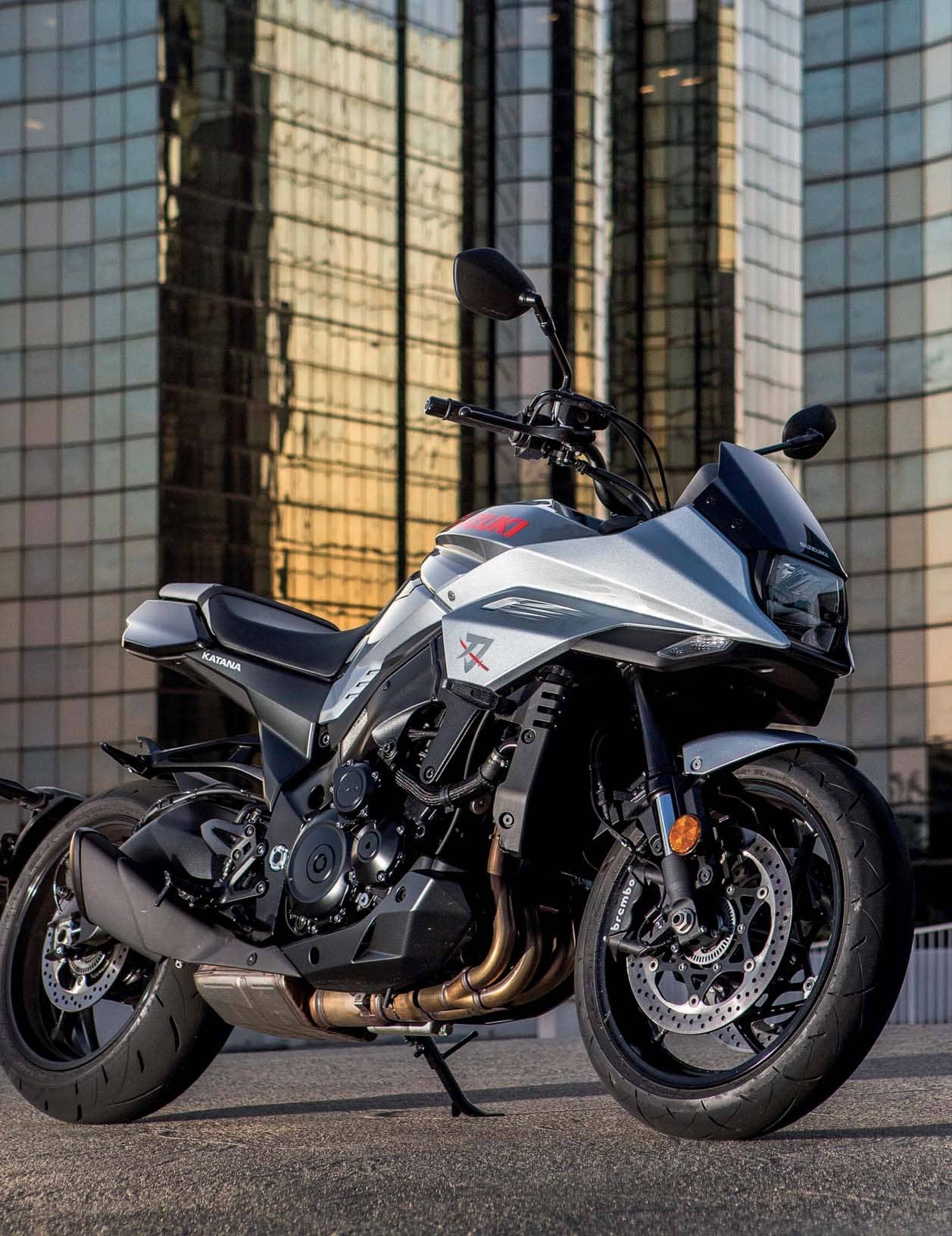 Going under the sword with the 2020 Suzuki Katana

In 1980, Cycle World dubbed the four-valve Suzuki GS1100 “the best all-around superbike in history.” It turned the quarter-mile in 11.39 seconds at 118.42 mph. It was arguably the finest-handling Japanese production motorcycle of the time. It was practical; it got 47.4 mpg on the CW test loop, and it was as comfortable as anything without a Windjammer fairing. It was a formidable large-capacity motorcycle with real presence. It may have been exceptional, but the GS1100 was nothing new.

Like other iconic superbikes of the era—the Kawasaki Z1 and Honda CB750, for instance—the big GS exemplified the Japanese motorcycle industry’s conservative approach toward design. Wide bars, circular headlights, and bread-loaf seat were the status quo. To the unacquainted in 2020, there aren’t a lot of visual cues that distinguish the era’s sit-up superbikes from the more plebeian UJMs that sprouted in their midst. 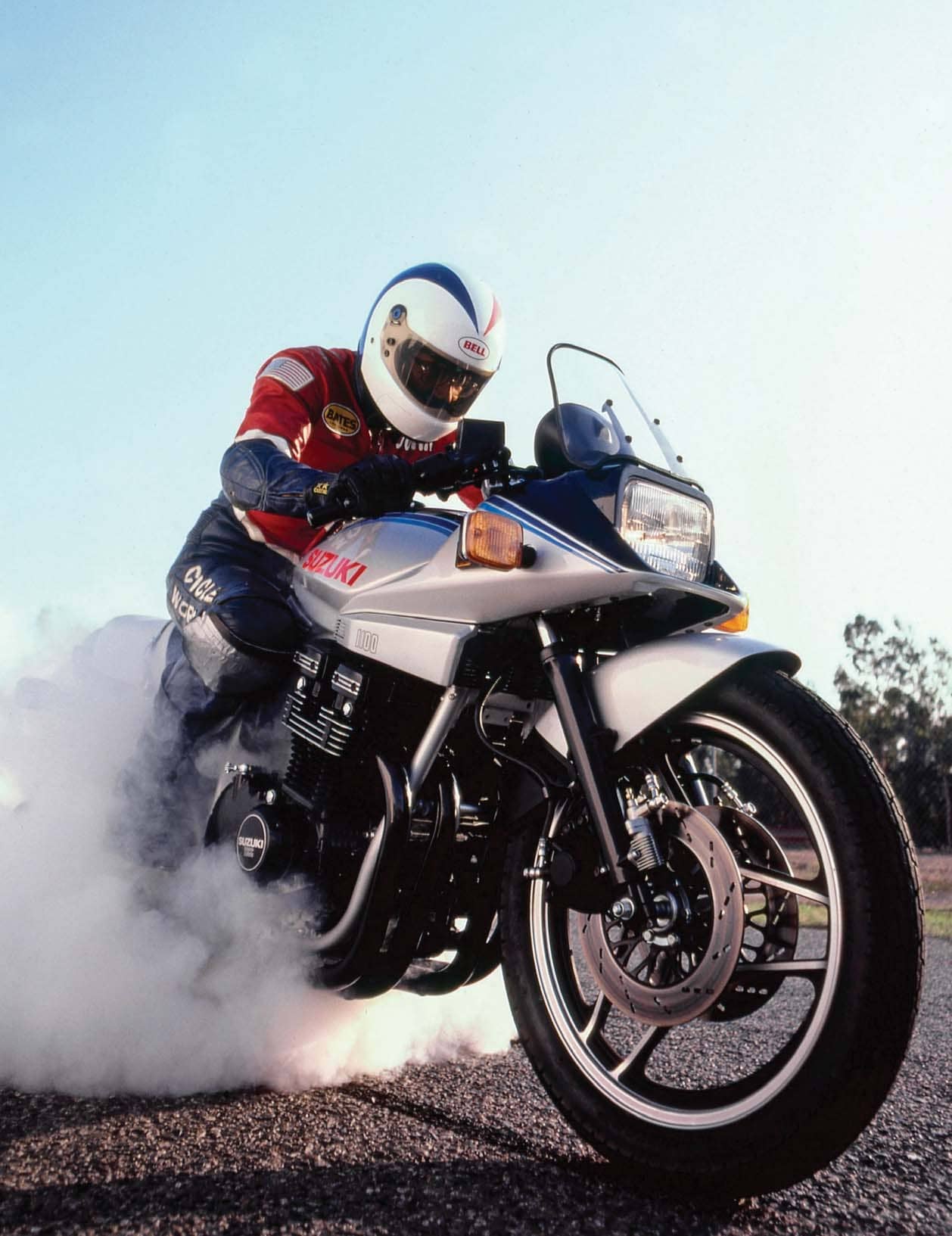 It’s as if Suzuki product planner Etsuo Yokouchi divined the GS’s inevitable decay—chrome oxidized from years of neglect, vinyl ignominiously patched with duct tape fraying at the edges, steel tank pasted with wet leaves. The 2020 version of the best all-around superbike of 1980 is a forgotten also-ran marooned beside a rotting front porch in the damp corner of rural-town USA.

It takes little stretch of the imagination to envision Yokouchi, in search of something future-proof, kicking around the Hamamatsu factory like some bored kid in the backwaters, hankering to change the world. 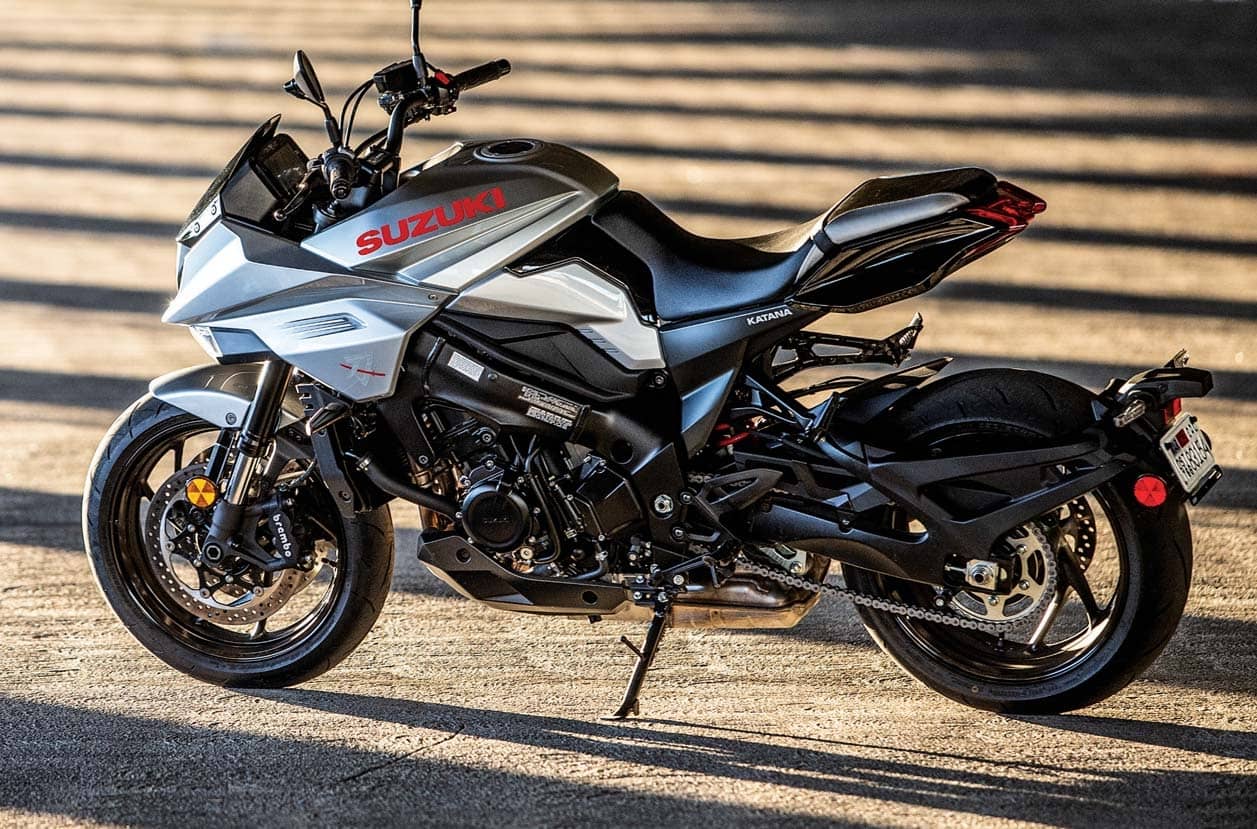 What he came up with was the 1982 GS1000S Katana, a futuristic expression of the Japanese design philosophy of wabi-sabi. Though very much based on the GS1100 platform, Suzuki hoped the Katana’s daring departure from established norms would be the answer to stagnant sales. With its rectangular headlight, triangular fairing, and long two-tone seat, there’s a note of asymmetrical discordance—almost an appearance of being unfinished —that articulates an ephemeral beauty, which is a very wabi-sabi virtue. Intentionally or not, the Katana’s radical thinking comes across as deeply rooted in ancient Japanese philosophy. It’s ironic that it was sketched by the German design firm headed by Hans Muth. 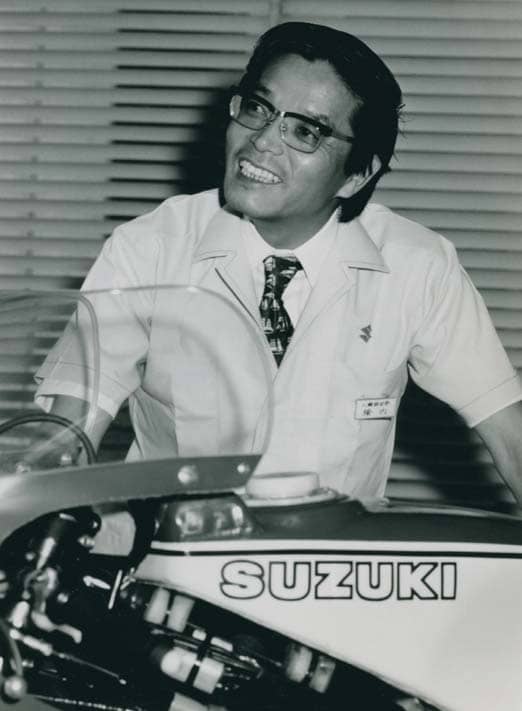 Yokouchi himself previously designed the X-6 Hustler, the GT750, and the GT250, but his stint as manager of the racing department in 1974 and 1975 crystallized his desire to build a full-on sportbike. The Katana’s clip-on handlebars and rear sets (firsts for a production bike from Japan) and notoriously taut suspension left a physical impression on its rider as uncompromising as its visual one. The Katana was a motorcycle that demanded sacrifice from its rider.

The Katana became the first movement in Yokouchi’s symphony of speed. But by the time enthusiasts first laid eyes on it, he’d already begun envisioning his masterpiece. Yokouchi wasn’t content with radical. What he wanted was a revolution. 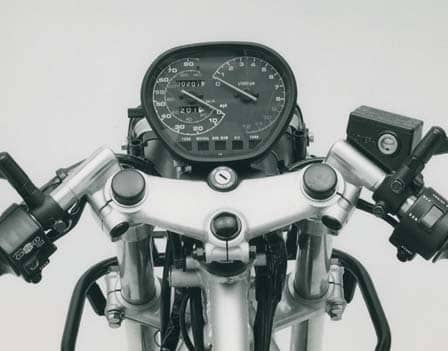 And here we are in 2020 with the legendary Katana badge reborn for a new generation.

Like the original, the new Katana is largely based on an existing GS, the GSX-S1000. History repeats itself, with Suzuki entrusting the concept design to an outside firm, this go-around headed by Italian designer Rodolfo Frascoli. “[The challenge was to] make it a redefined modern motorcycle with real novelty,” says Kazutaka Ogawa, Suzuki director of design development, “not a revival or a run-of-the-mill déjà vu [motorcycle].” 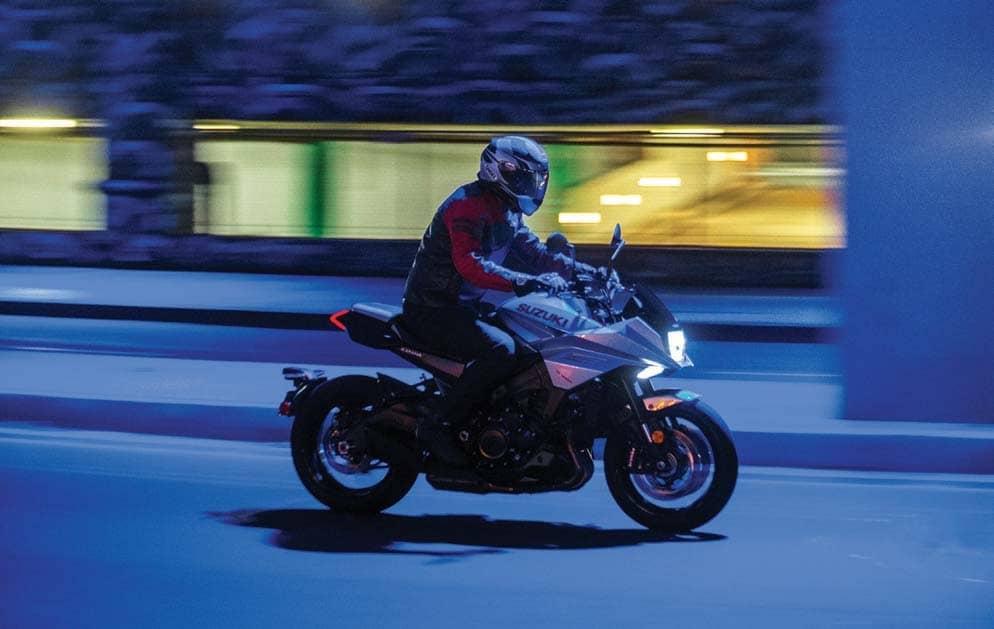