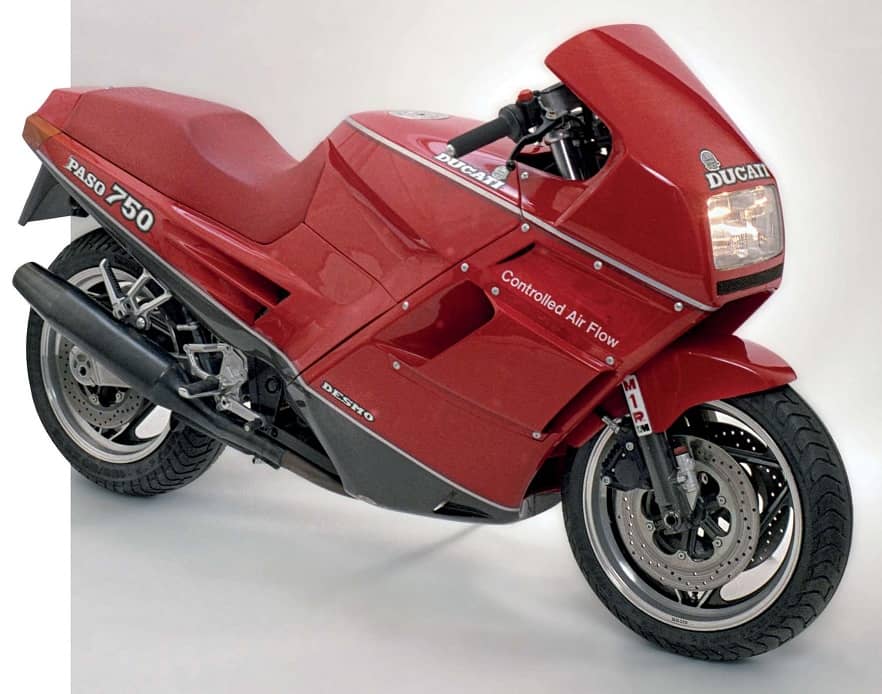 In the mid-1980s, the Castiglioni brothers, Gianfranco and Claudio, owned the Cagiva Group and had established excellent ties with the leaders of the major Italian political parties. They liberally used their connections to financially strengthen the group after proving rather successful both in the motorcycle market and on racetracks. These same friends granted the Cagiva Group full control of Ducati at no cost. Not a bad gift.

At the time, Ducati was controlled by a government-owned financial group, and the top managers were so inept that heavy financial losses piled up year after year. Giving it to the Cagiva Group at least cut the hemorrhagic flow. Almost in perfect coincidence with the acquisition of Ducati, Claudio had made a generous offer to Massimo Tamburini, rescuing him from the backstabbing that Massimo had received from his former Bimota partner, Giuseppe Morri. Claudio and Massimo teamed up perfectly, and Claudio entrusted Maestro Massimo Tamburini with the design and development of the new Cagiva and Ducati models.

Ducati was limping badly with its line of models, and Claudio first discussed with Massimo the creation of a model that would radically refresh the company’s image—starting with a breathtaking design, the Massimo Tamburini way. It would be called Paso, for the Aermacchi/Harley-Davidson champion Renzo Pasolini, who died in a terrible crash that also killed Jarno Saarinen on the first lap of the 1973 Italian 350 Grand Prix at Monza.

Tamburini’s mission was a big challenge because the new model had to retain the essence of a real Ducati, with levels of dynamic qualities, styling finesse, comfort, and practicality never achieved before at Borgo Panigale. Tamburini wanted the new model fully wrapped in a sleek fairing that should also grant high-speed comfort.