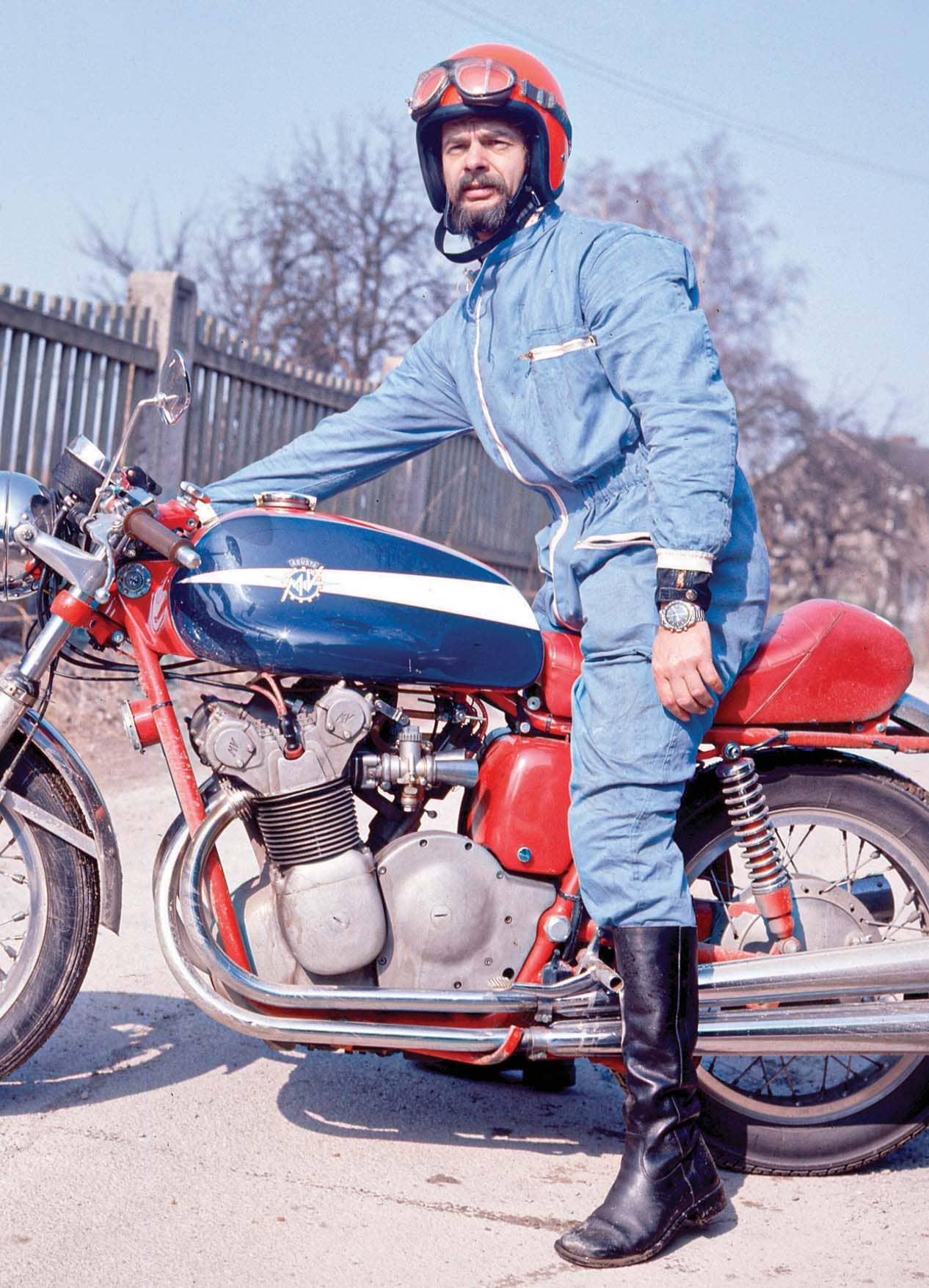 How a German designer came to forge Suzuki’s sharpest sword

Gather round, meine Damen und Herren, because we’re about to explore one of the most fascinating motorcycle backstories of the 1980s: how a Japanese company hired a German wunderkind to design a motorcycling icon of the Blade Runner era—Suzuki’s original 1982 GS1000SZ Katana.

The Katana was a shocker when it first appeared, a machine that stood out everywhere it showed up. And that was exactly what Suzuki wanted when it hired Hans Muth to create a look.

Muth was and still is an interesting character. Born in 1935 in Rathenow, just west of Berlin, he witnessed his mother being shot dead by the advancing Red Army 10 years later. He characterizes his upbringing as strict Prussian, taught to be respectful, polite, well-behaved, disciplined, honest, and obedient. Above all, he developed a refined value for orderliness—something that characterizes all of his designs. Rather than pursue a career in his family’s optics company, Muth applied to art school, where he largely ignored the rote assignments and spent his time drawing cars. 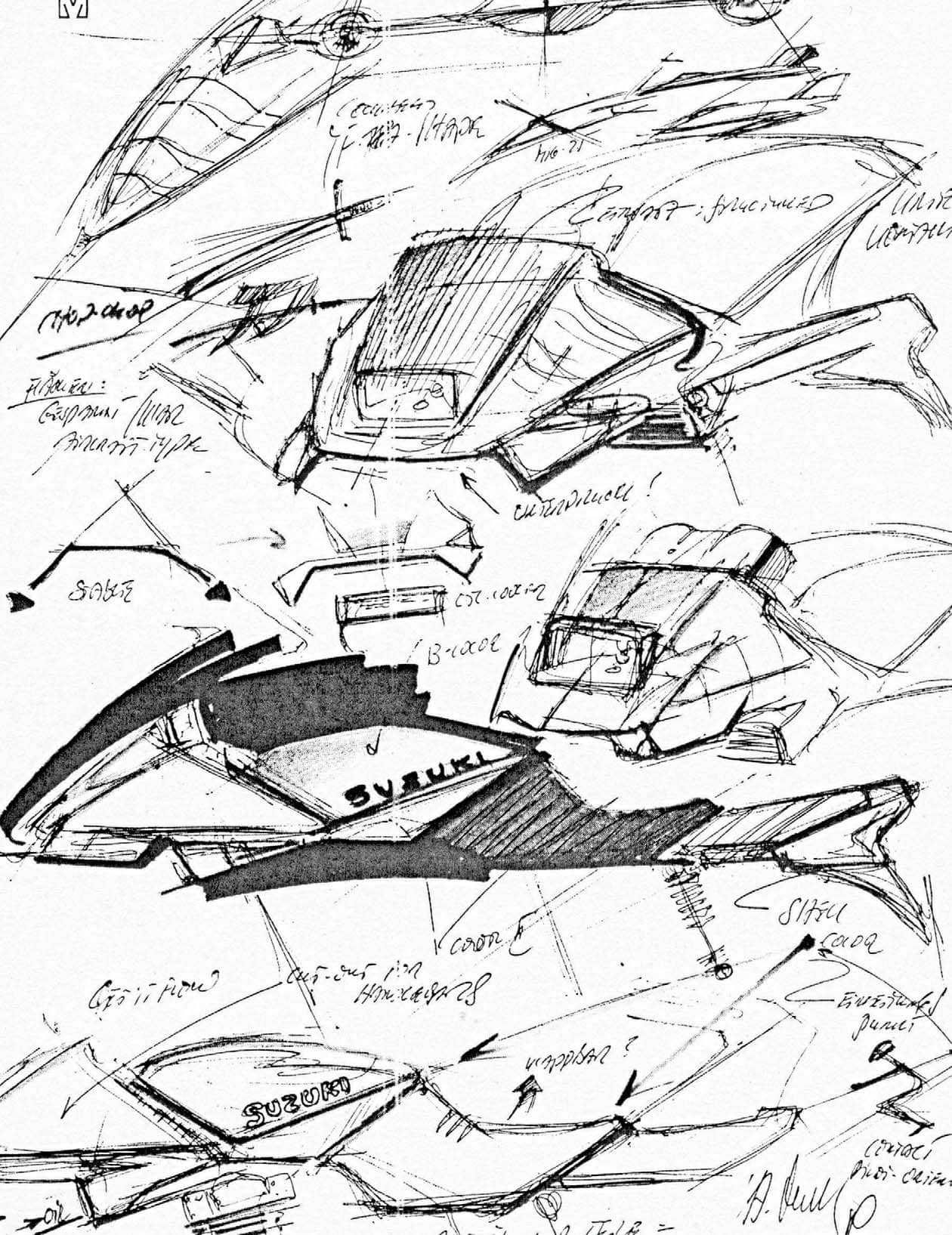 Eventually, this led to a position at BMW. Muth started on the automotive side, but by 1975, he was working for the motorcycle division. Remember, in the early 1970s, BMWs were typically reserved Teutonic twins, staid black bikes valued by eccentric college professors and long-distance riders. From Muth’s brush flowed some radical new touchpoints of style: the juicy, smoke-faded Daytona Orange R90S, the R100RS with its spectacular sculpted fairing, and the original R80GS dual sport. Suddenly, BMWs were on everyone’s radar.

In 1980, Suzuki struggled under the same burden BMW had just overcome. In the company’s own words, its bikes were technically accomplished but offered “ warehouse styling.” Suzuki asked Muth to generate a product identity, to get away from what it called “follow the leader,” which, ironically, was Honda’s advertising tag line in America.