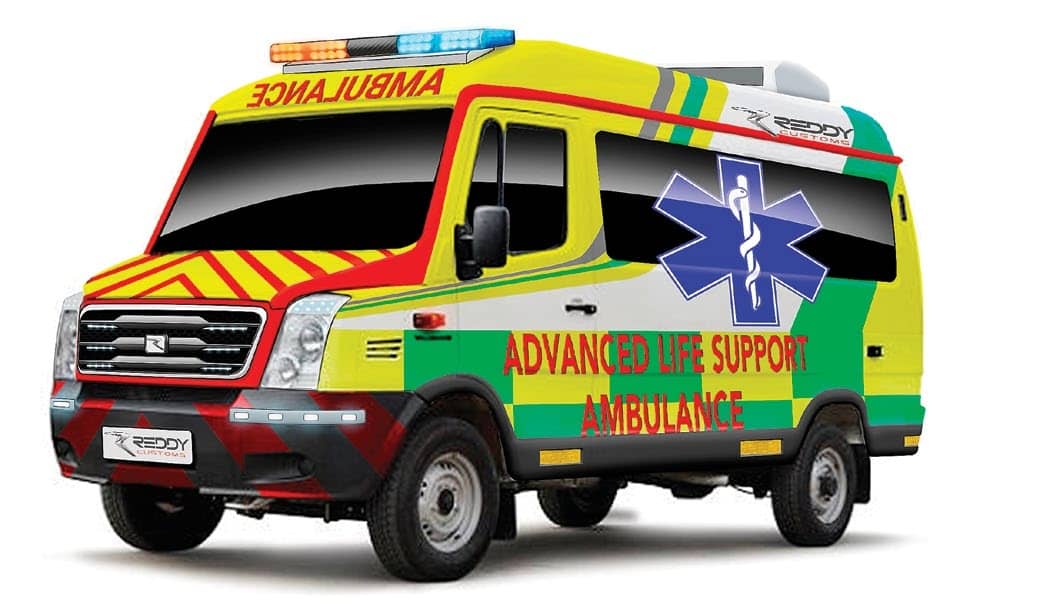 Pune-based Reddy Customs has been in the commercial vehicle bodybuilding industry for the last 20 years. It has built vanity vans, office on-wheels and motorhome type of bodies on trucks, buses and vans. Gauging the rising potential of the medical vehicle sector, it has taken to building ambulances. It has built 20 ambulances on the Force Traveller chassis and is building another 280 ambulances. These conform to the National Ambulance Code (AIS-125) and would be supplied to various hospitals in the current financial year. To provide 300 Force tempo traveller 3350 high-tech ambulances in total in the current financial year according to Srinivas Reddy, CEO, Reddy Customs, the ambulances will help to address the emergency infrastructure gap. The ambulances are expected to address the gaps exposed by the Covid-19 pandemic as it spreads across India and ravaged mega cities as well as smaller cities and towns alike.

Taking the decision to enter the ambulance building space after witnessing the rise in mortality rate due to the unavailability of ambulances to take the patient to the medical centre in time, Reddy averred that he was also moved by the undue advantage taken by private ambulance service providers by charging heavily during the pandemic. Known to overcharge the needy even at other times, private ambulance operators have been taking advantage of the shortfall in ambulances despite many efforts being undertaken to address this problem. Of the opinion that the medical vehicle sector was ignored by OEs and various other stakeholders in the commercial vehicle industry for some reason or the other, Reddy is clear about the type of ambulances his enterprise would build and supply to. In this regard, Reddy Customs is approaching hospitals and investors.