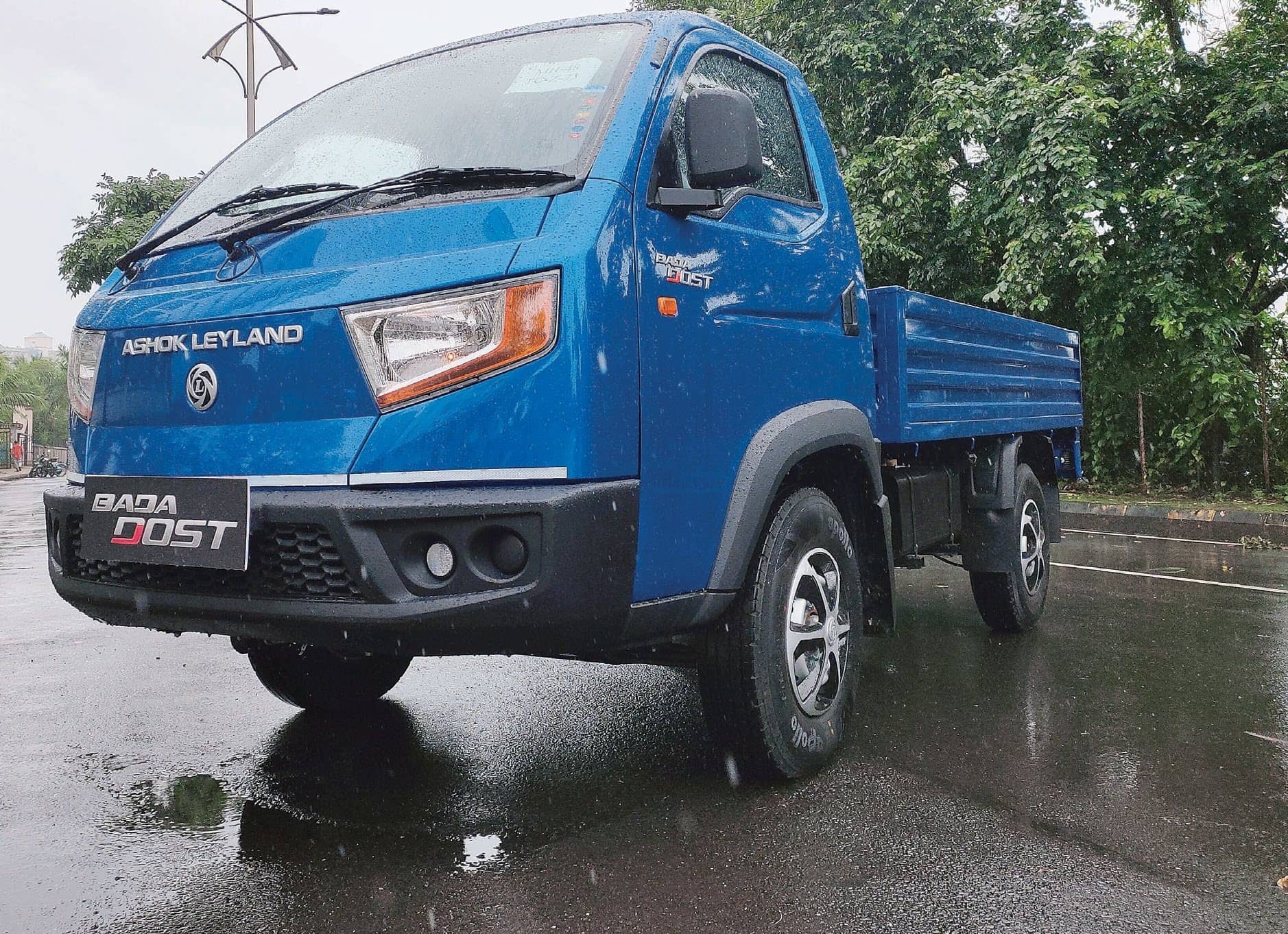 ‘Bada Dost’ Marks a Significant Shift at Ashok Leyland with Global Aspirations to Boast Of.

Nearly a decade after the Dost LCV was launched in association with Nissan, Ashok Leyland has introduced an all-new LCV called the ‘Bada Dost’. As the name would suggest, the new vehicle builds on the legacy of the ‘Dost’, but is keen to chart its own route. With the pictures failing to do justice to its appearance and dimensions, the ‘Bada Dost’ is indeed quite ‘Bada’ or bigger than the ‘Dost’. It is in flesh that the visual expanse of the ‘Bada Dost’ is apparent. Wider (1750 to 1842 mm), taller (2061 to 2037 mm) and longer (5025 mm) than the Dost, the rounded ‘grilleless front profile of the ‘Bada Dost’ with those ‘Dost’-like (albeit bigger) headlamps makes a solid impression. An Ashok Leyland’s IPR product compared to ‘Dost’s’ IPR, which has certain limitations since it includes Nissan association, the ‘Bada Dost’ picks up from where the ‘Dost’ and ‘Dost+’ leave. There is a slight overlap when one considers the ‘Dost+’ and the 2.9-tonne GVW variant (with a 1460 kg payload) of the ‘Bada Dost’. However, beyond that there is little that is there to consider. The ‘Bada Dost’, as Nitin Seth, the chief operating officer of Ashok Leyland would like to put it, is all-new.

Blurring the gap between the segment that the Tata Intra, and the Mahindra Bolero is in, the ‘Bada Dost’ may point at a similar strategy that Ashok Leyland deployed when it introduced the ‘Dost’ in 2011. Seth however is of the opinion that the market placement of the ‘Bada Dost’ is based entirely on the market requirement.

With nary a component except the engine and gearbox having been borrowed from the ‘Dost’ or the ‘Dost+’, the ‘Bada Dost’ makes a positive first impression. The bigger version of the vehicle – the one with a GVW of 3.49-tonnes and a payload of 1860 kg, is the more interesting of two. It reflects the word ‘ambition’ rather effectively, and gives the impression of being way ahead of products that exist in its category or are comparable. Getting uncomfortably close to vehicles that have a long legacy in a way, the ‘Bada Dost’ has been positioned such that it will leverage the reputation earned by the ‘Dost’, ‘Dost+’ and the Partner. First product to emerge out of the Phoenix LCV architecture, the LCV aims at plugging the gap between the ‘Dost’ and the Partner, which has a GVW of 6.25-tonnes and a 3760 kg payload. 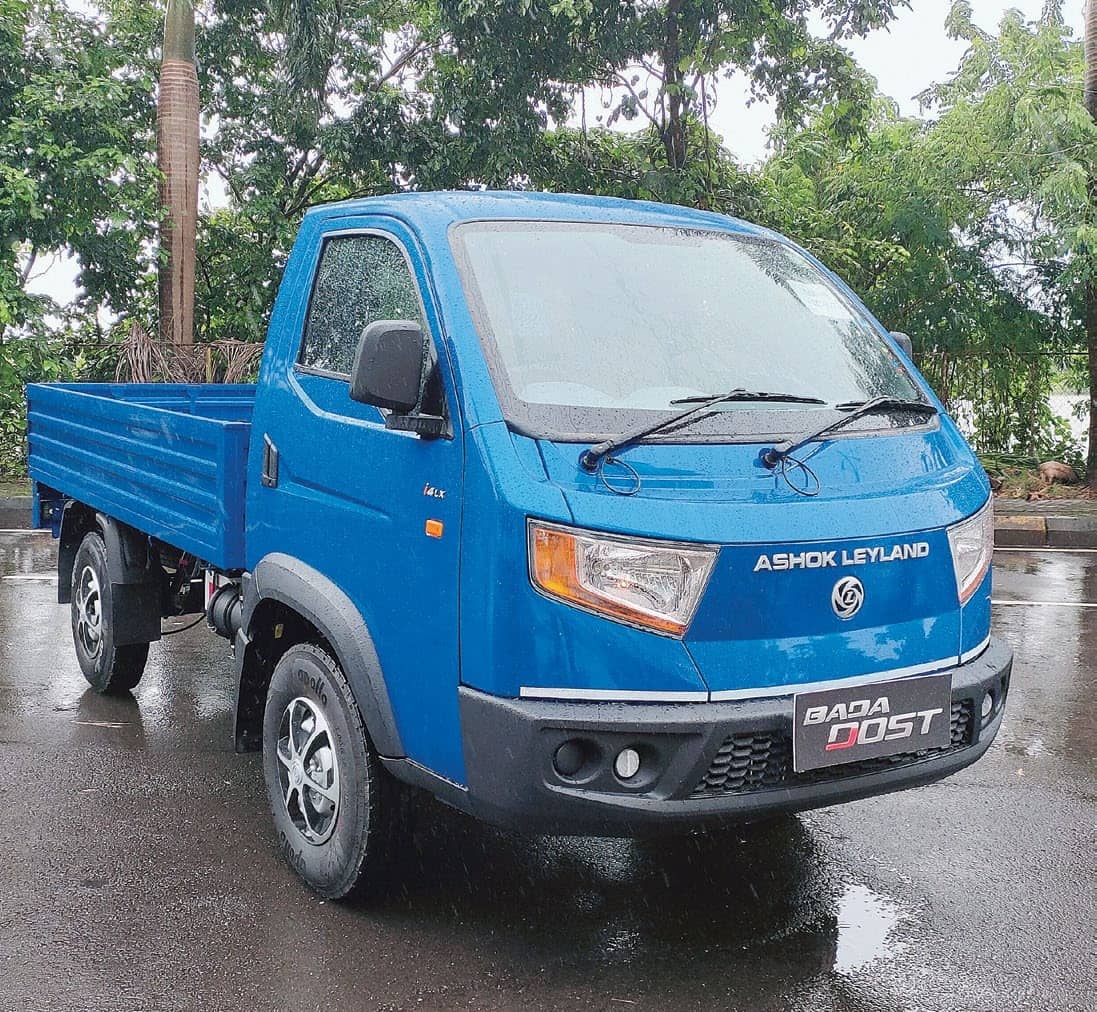 If the head lamps and the tail lamps the only visual connection with the ‘Dost’ and ‘Dost+’, the ‘Bada Dost’ looks modern. Attributes like the flush fitted door handles and the plastic cladding enveloping the wheel arches add to the styling effort. With no ‘bonnet-like’ styling element of the ‘Dost’ to take care of, the new LCV displays a ‘proper’ forward control stance. The cab sits over engine in a way. Access to the engine is by removing the seats as the cab is not tiltable. Begging for a new name given its property of being all-new, and against the aging perception of the ‘Dost’, the ‘Bada Dost’ marks an important step in the journey of Ashok Leyland in its efforts to insulate itself from the increasingly cyclical turn of the Indian CV market. With M&HCVs the most affected, Ashok Leyland is logically keen to gather a higher share of the LCV market, which, according to Seth, is already on a rebound. The young team at Ashok Leyland developed the new vehicle on a new platform in a span of 24 months. If the name ‘Bada Dost’ was a strategic decision, the development of the new platform (codenamed Phoenix) was with demanding briefs like loyalty and customer satisfaction. 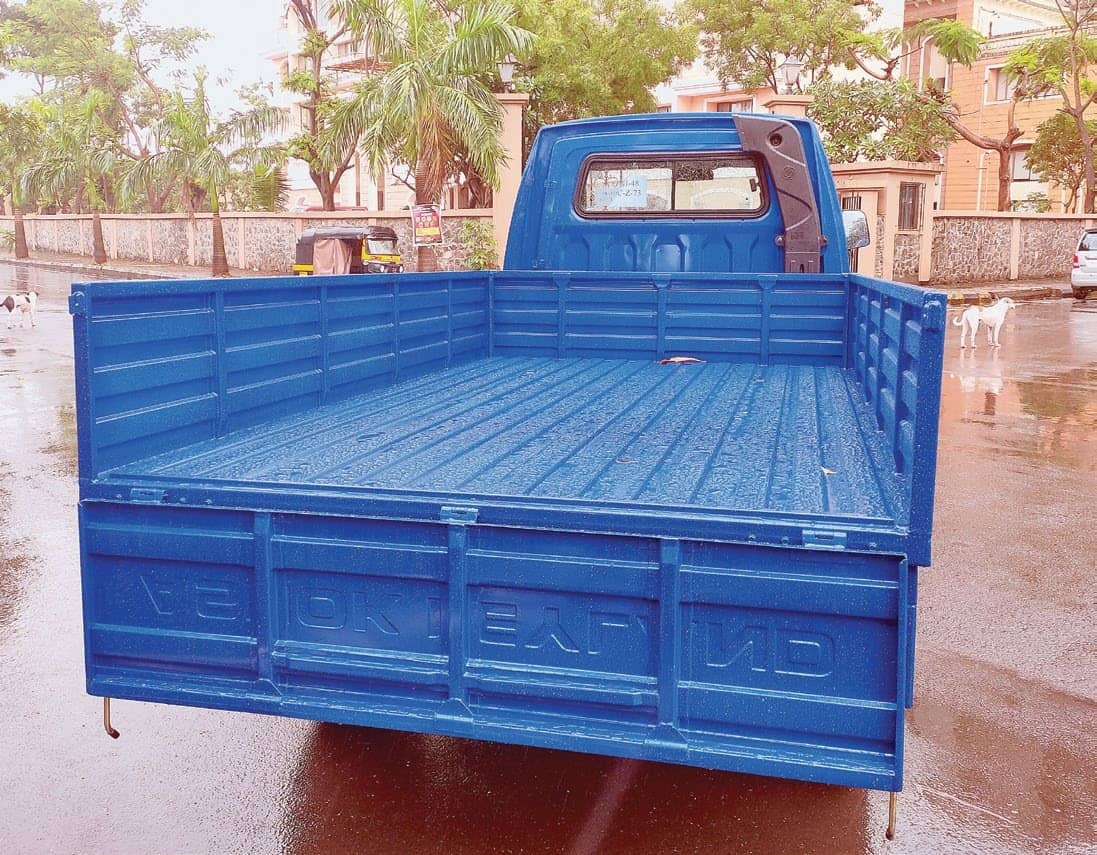