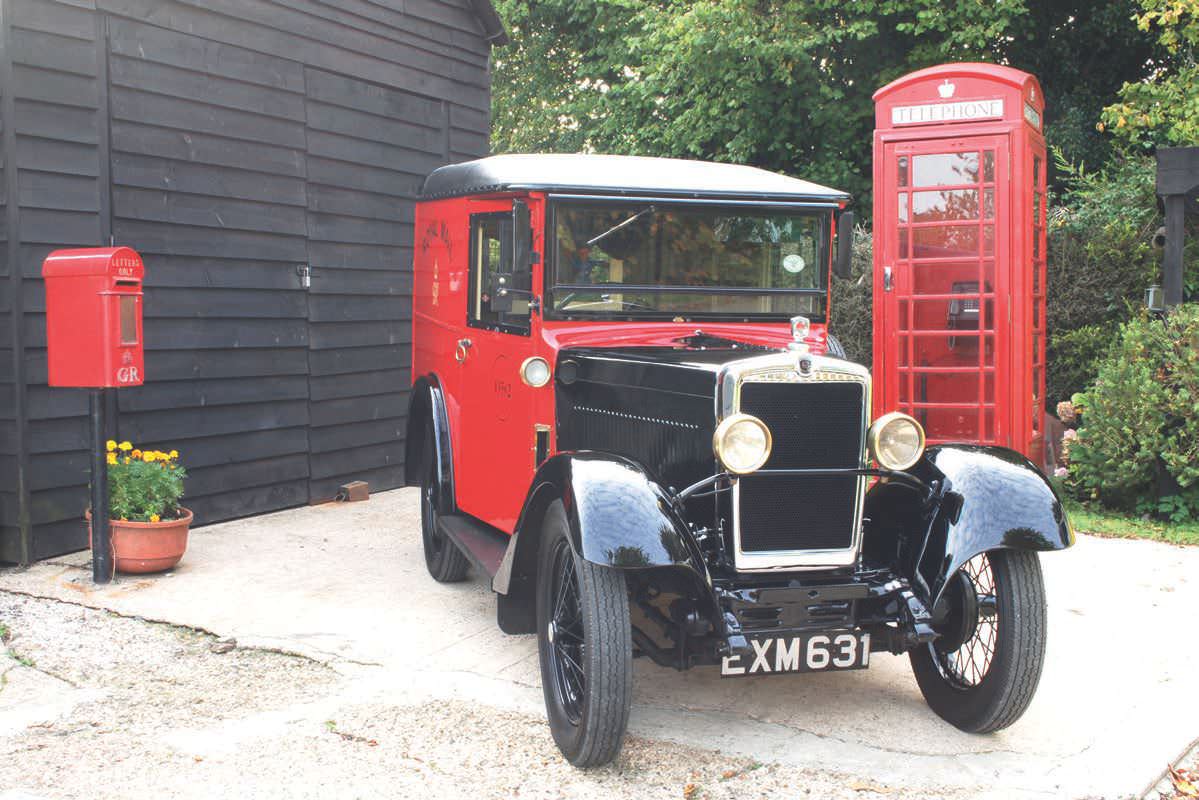 THE post-war Morris Minor van in red Royal Mail livery was a familiar site on Britain’s roads from the 1950s to the 1970s but, of course, these were not the first postal vans to bear that name. The Minor name first appeared in June, 1928 when Morris Motors launched an 8hp car with an 847cc overhead-cam engine as a rival to the popular Austin Seven. The first Minor vans were built in 1929 with a 5cwt payload and initially used the same overhead-cam engine. This engine was, however, relatively expensive to manufacture and its design left the dynamo susceptible to being drenched in oil, so a cheaper and simpler sidevalve engine was launched in 1931 and fitted to all vans (although both engines were available concurrently for a while in the saloon car), which it retained until production of the van ended in 1934, to be replaced by the Morris Eight light commercial.

Early Minor vans were quite boxy in appearance, with a rectangular, flat radiator and thin-profile mudguards, though for the last year of production in 1934, some of the square corners were rounded off.

The General Post Office were big Morris Motors customers, buying considerable numbers right up to the Morris brand’s eventual demise in the early-1980s. The Morris Minor 35cu ft mailvan featured, EXM 631 (GPO serial number 13562), owned by Kevin Savill, of Berkshire, is one of a batch of 500 similar vans bought by the GPO in 1938 and registered in the EXM series (serial numbers 13129-13628). It was allocated to the Head Postmaster in Sutton, Surrey.

But hold on, I hear you say, wasn’t the Minor van discontinued in 1934? Well yes and no. Just the Morris Eight van was then offered to Mr Joe Public. The GPO, however, was such a major purchaser that it could dictate the specification required. Morris Motors tried to sell the Eight van to the GPO, producing a mailvan demonstrator with factory panel van bodywork in 1934/5, but they preferred the Minor van.

Morris then suggested that a number of the original chassis should be purchased by the GPO and stockpiled for later bodying but, unsurprisingly, this did not go down well. When the GPO bought a Fordson Model Y van for trial in 1936 and followed that with an order for 50 more in 1937, Morris Motors finally got the message.

Thus, Royal Mail and Post Office Telephones hybrid vans continued with the old Morris Minor chassis, wings and grille, with coach-built bodies to the GPO’s own design, but with the 918cc sidevalve engine, as used in the Morris Eight. In fact, the GPO never bought any Morris Eight vans, going from the Minor straight to the Morris Z van (based on the Morris Eight Series E car) in 1939/40.