HIGH Hoopes for the Gipsy 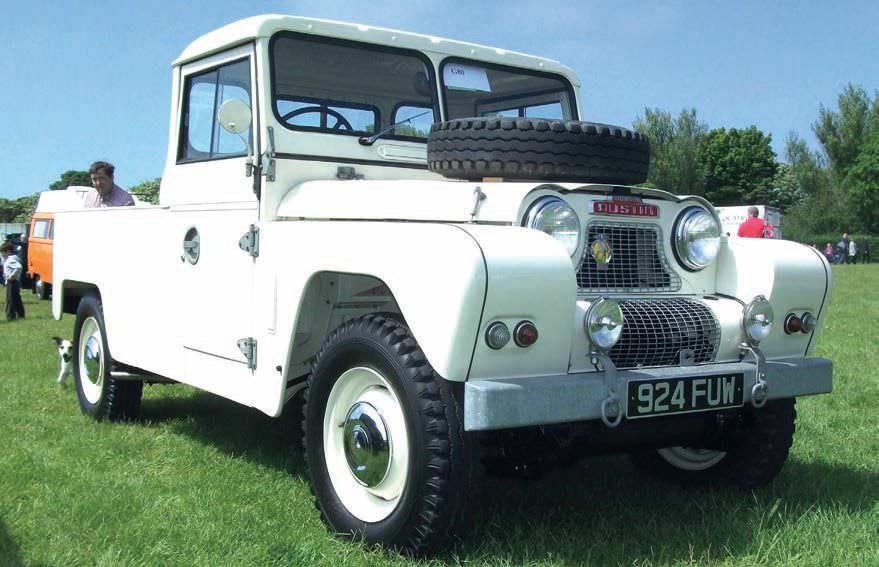 Austin believed they could take on the Land Rover with their new off-roader, but it never worked out that way. However, the Gipsy is now much-revered in classic circles.

THE name Land Rover conjures up images of a robust vehicle muscling its way across ploughed fields, whereas Gipsy would signify a more sedate meander down bridleways or country lanes and so the Austin Gipsy was a kind of best-ofboth-worlds vehicle. The Gipsy’s designers wanted to share part of the successful market the Land Rover had dominated for so long and at the same time, replace the military Austin Champ.

They gambled on the provision of innovative, all-round independent suspension, using rubber to give a more comfortable ride. Also, the world shortage of steel in the immediate aftermath of the war had been overcome, so the use by Land Rover of aluminium for body panels was not now essential. Austin would use the cheaper steel pressings that had the advantage of being spot-welded, a faster method more suitable for mass production.

Austin had produced the Champ under a military contract. It had torsion bars and independent suspension all round; with a rigid frame (independent suspension was considered the best for high-speed travel over rough ground). It was against this background that the Experimental Department looked at a completely new design that would compete with the Land Rover by using experience gained with the Champ and the new vehicle would be called the Gipsy.

The Champ was a disappointment to the Army, sending it into the open arms of Land Rover. BMC wanted to overcome that tarnished image and one of the first decisions they took was to adopt a new type of suspension called Flexitor. This system had been tested, fitted to a military trailer, by the Army at Bagshot Heath Fighting Vehicles Research Department. 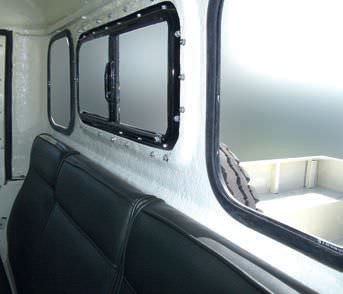 The suspension units did not need lubrication and coped well with repeated impact over bumps, but would they be suitable for a fourwheel-drive vehicle? There was only one sure way to find out – build a prototype. This was carried out and the team were happy with the results. One advantage with this system was that the units gave a natural damping to the suspension and with the addition of hydraulic shock absorbers, provided a controlled ride. The Flexitor units had been developed by Alex Moulton, who would go on to produce the rubber cone suspension on the Mini and later the Hydrolastic units on the 1100. They were manufactured by Moulton & Co Ltd, part of the Avon Group, in Bradford on Avon. So, this system gave independent suspension all round by using trailing arms on which to mount the wheel hubs.