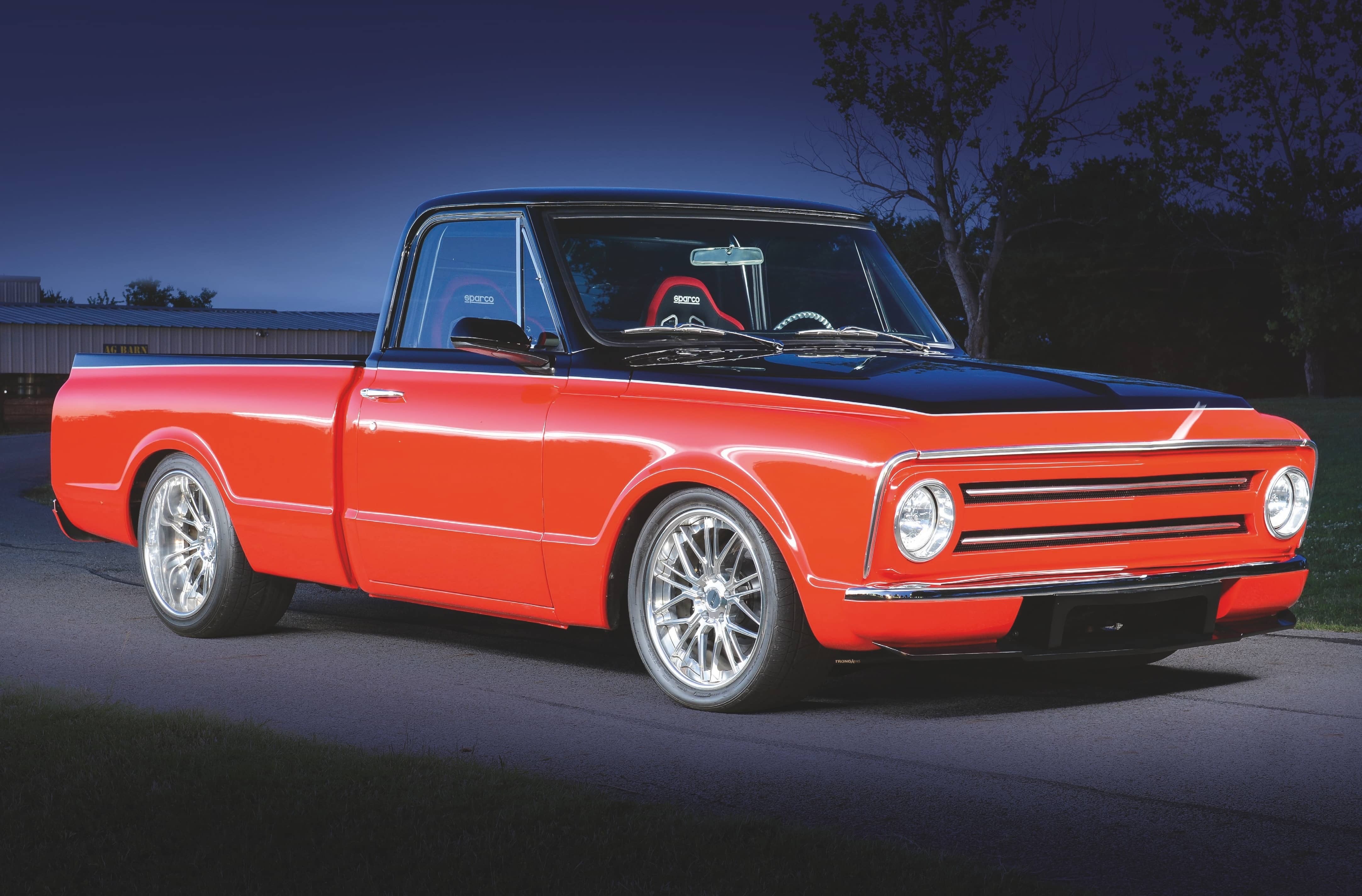 One look at this ’68 Chevy C10—in person, online, or on the pages of a magazine— and you can tell that it was built to be an athlete. Mike Viehe from Paris, Texas, the owner and builder of the Torch Red and patent-leather black pickup, isn’t a classic truck enthusiast as much as he is a performance enthusiast. His latest street machine just happens to have a cab and a bed. Some of the other specialty vehicles Mike’s owned are a Pro Street ’68 Camaro and an LS3-powered Pro-Touring ’69 Camaro that has been competing in Goodguys autocross events and local races.

Mike bought the C10 from a friend back in 2013 with the intention of flipping it, “trying to make a little profit and move on down the road,” as he told us. He soon changed his mind, deciding to keep the truck and build it up as an autocross competitor like his ’69 Camaro. Once the body was off, and the existing chassis was disassembled. Mike removed 42 factory rivets from the frame, soda blasted it and C-notched the ‘rails to lower the truck. He rebuilt the chassis with performance handling–oriented parts from RideTech, choosing front and rear coilovers and heavy-duty antisway bars. A four-link system and antiroll bar were added in the rear. Wilwood disc brakes provide stopping power. 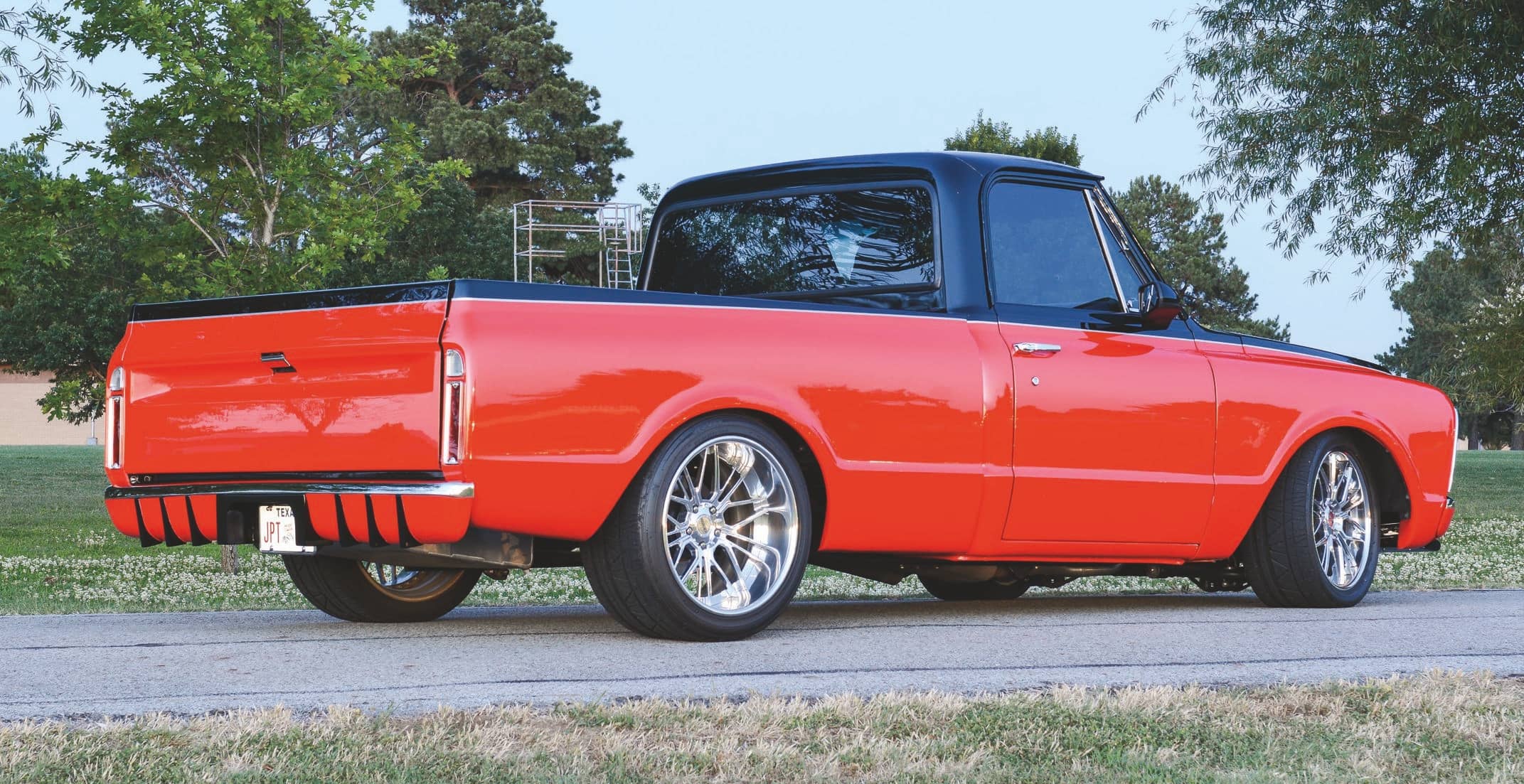