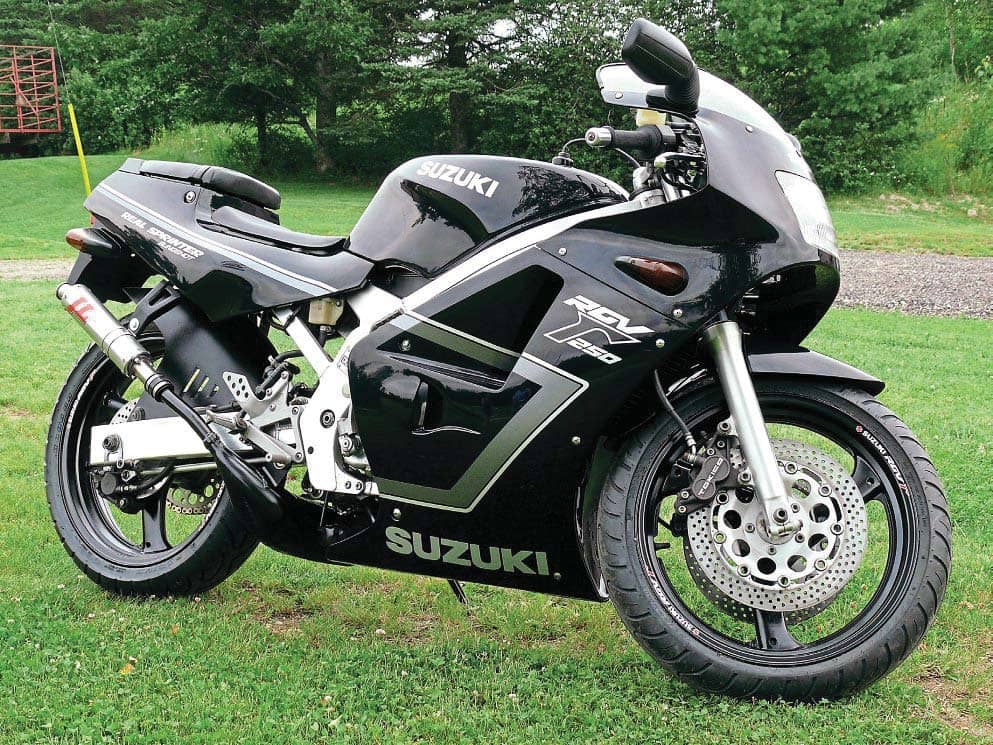 CMM racer David Trueman on how he stumbled across two beautiful Suzuki race-replicas and the issues he encountered.

I’m a part-time farmer, well into my 50s and live in what we call ‘Near North’ Ontario, Canada, so that gives you an idea of the geography!

I've not been restoring bikes for that long (not yet 10 years), but before that, I was restoring vintage snowmobiles, and now I have 10 classic bikes in the collection including a Honda NS400R, Yamaha RZ500R, a Suzuki RG250, and others. I'd say I'm a bit of a perfectionist when it comes to my cars, bikes, etc., (pretty much everything!)... I like my stuff to be pristine.

So, let’s talk about my bike. It’s a 1988 Suzuki RGV250 VJ21 Model ‘J’. The J-model bikes were Japanese Domestic Market only and are getting pretty rare, with parts hard to find. Pistons only come in the standard OEM size from Suzuki (no oversize available), and several parts to these J-bikes are unique, as I was to find out!

I bought the bike in the summer of 2016 from my good friend and fellow bike restorer John B. He’d bought it from the person who had imported it from Japan. John and I are six hours apart and meet up halfway when I buy his bikes (this is the fourth bike I've bought off him). He's got first dibs on buying them back if and when I sell. I think it is all part of his evil plan to have me restore his bikes! That said, John's a talented restoration perfectionist and has an incredible collection. The bike was complete, and from general appearances solid, running, and hadn’t been obviously abused or wrecked, with 9800km on the odometer. 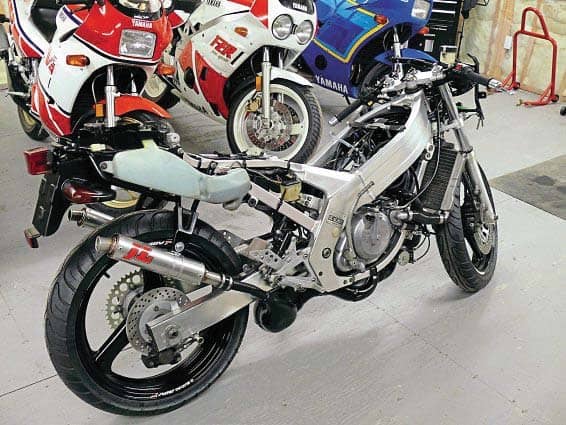 The idea was to do a leak-down test and compression test on the engine, clean up the bodywork, give it a good cleaning and I'd be done. However, I go into these things with my eyes wide open. I know how picky I am and I know there are always things that are uncovered once you start a project like this. Sure enough, the engine failed the leak-down test; I couldn't even build 1lb of pressure due to a flywheel side-crank seal leak, and the bodywork (while in good shape for an almost 30-year-old bike) had a some scratches, two small dings in the tank and a lower fairing repair (from the distant past), and a paint job that didn't sit well with me. Yes, my OCD won out and the decision was made to do a full restoration.