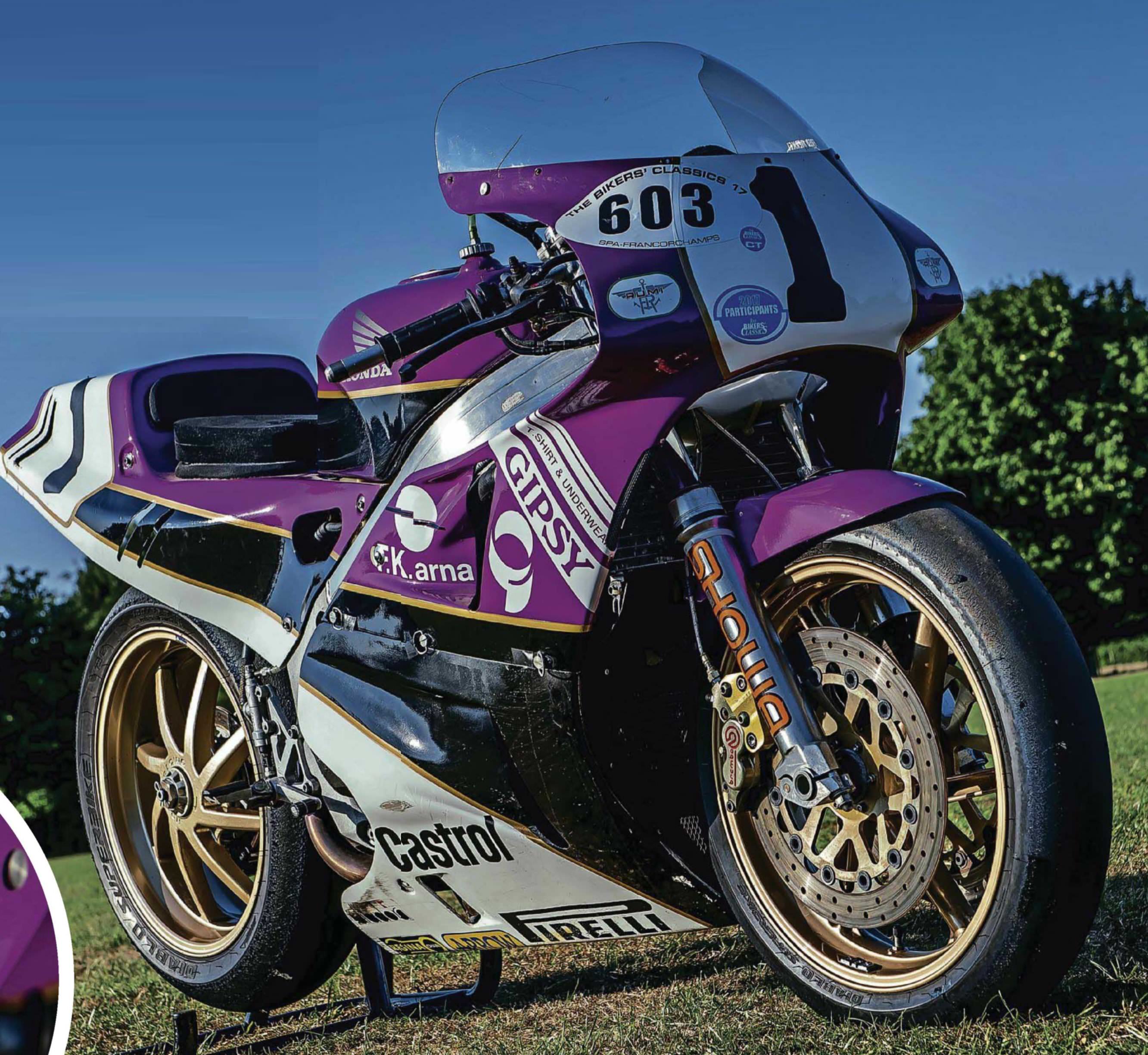 The text read: “nip round to my brother’s garage; he’s just about to fettle Fred Merkel’s Honda RC30 for Good wood”. SMS messages like that tend to grab your attention.

Fellow villager, bike-mad enthusiast and occasional wind-up merchant Andy Kirk wood does like the odd bit of leg pulling now and again but this time he assured me he wasn’t setting me up.

Queue the raising of the roller shutter door by way of a roll on the drums and there it was, the real deal. If there’s one thing our classic world has yet to be able to replicate it is good, old fashioned, genuine patina. It’s those marks, snags, cracks and the like that delineate the real deal from the regimented replica. And the Honda RC30 in camera has patina by the shovelful; everywhere you look there’s evidence that this is a bike that’s been used in anger in the heat of competition. You can even spot the scars on the lower fairing either side of the radiator where the front wheel has rubbed against it under fierce braking. And this bike is genuinely not just any old competition machine either but arguably one of the most significant in recent times. The frankly strange and curious colour scheme of the machine defines it as the very bike that won the inaugural World Super bike Series piloted by Fred Merkel (more on whom see page 34-on). Oscar Rumi sponsored the bike and ran the team and RC30 together, made history by winning the first two titles in 1988 and 1989.