Putting A Damper On... 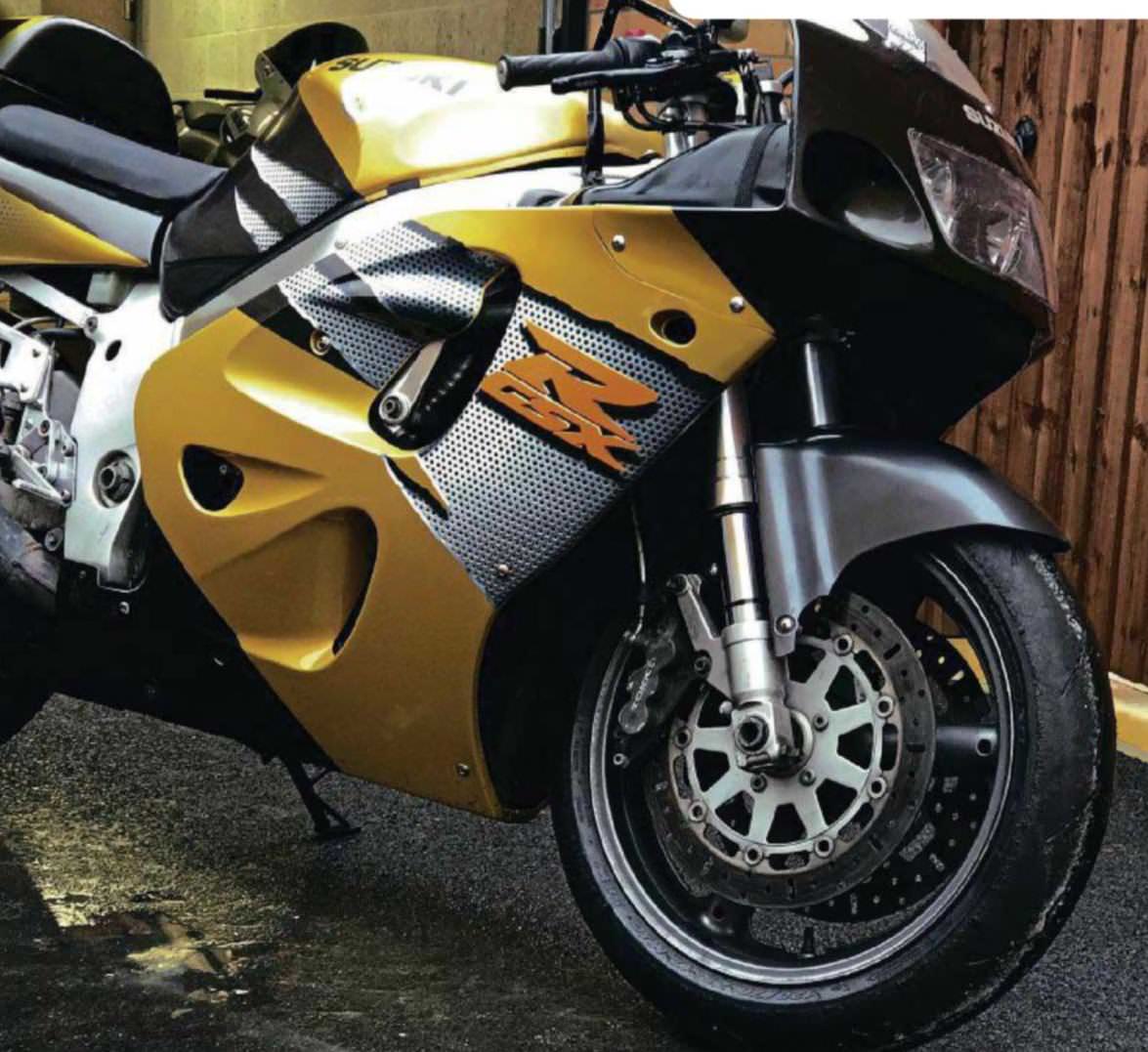 Scottie’s got an issue with his frame: and it’s all thanks to a safety device!

It’s often the case in life that solving one problem will in time lead to the creation of another. Let’s hold this notion and see how I’ve been getting on with my GSX-R750WT SRAD.

The previous owner cured the problem of a flighty front end by fitting a steering damper. Makes you wonder why Suzuki didn’t bless the carb-fed SRAD with one from new? However, they did slip an afterthought of a damper to the fuel injected WX-WW SRAD models. If you’ve ever owned a GSX-R750/1100 slingshot you’ll be fully aware that the original equipment dampers were pretty poor, and often leaked within no time.

There’s no end of aftermarket parts out there for the SRAD; steering dampers are one of those rare bolt-ons that can offer something to your riding pleasure and not just look trick. There are two types of damper options – one is what’s commonly referred to as the 916 type, which sit above the top yoke, horizontally, just like they did on the 1990s Bologna beauty. It’s an elegant solution to how a steering damper should be fitted.