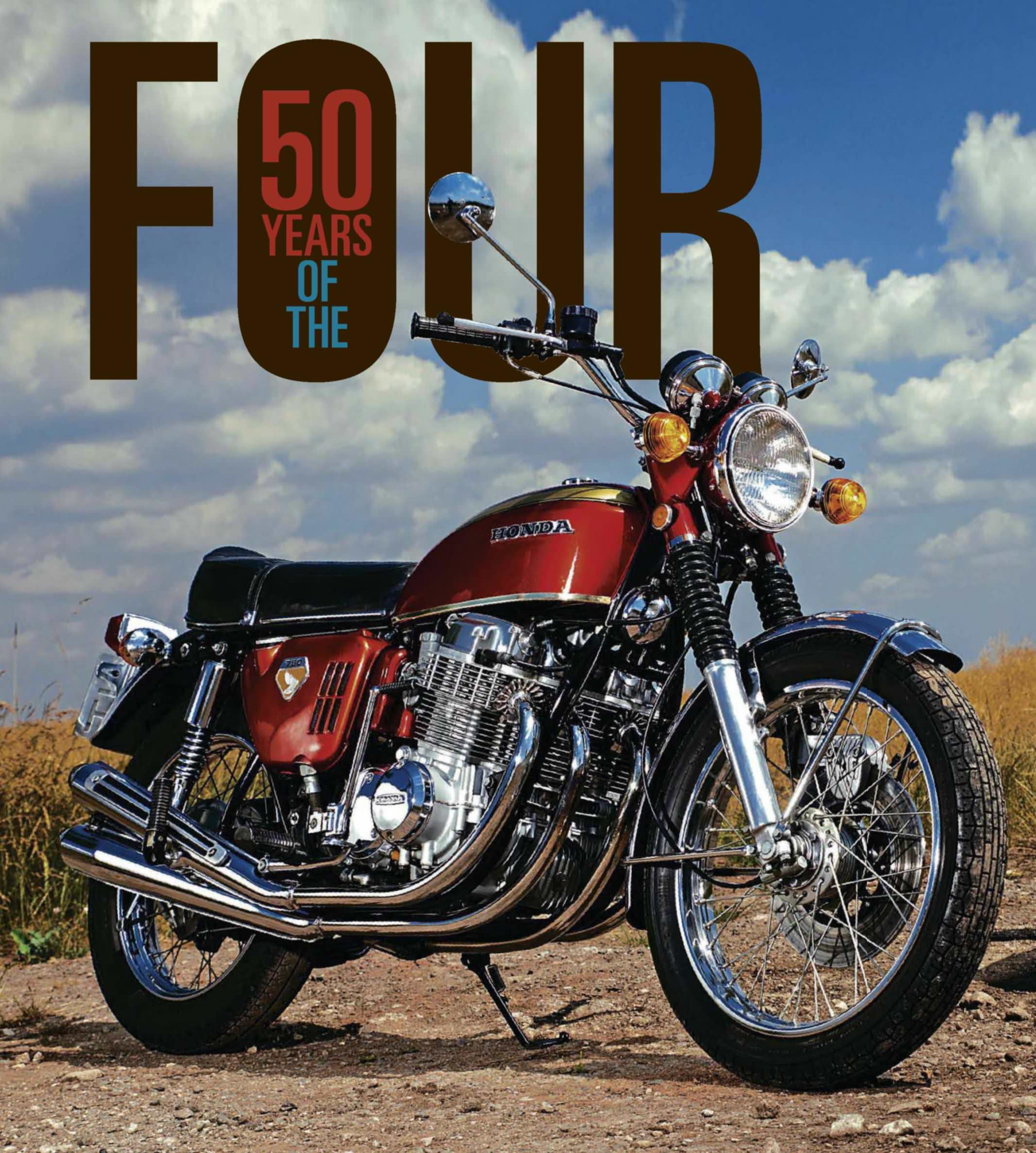 Honda’s 750 Four set the world alight when it appeared in 1968 to establish the Superbike age. John Nutting rides one of the earliest examples to sample the sound and the glory.

It’s hard to imagine now just how huge was the impact created by the launch of Honda’s CB750 at the Tokyo Automobile Show in October 1968.

Fifty years on we’re accustomed to four-cylinder motorcycles, but back then they were extreme rarities, and no more than novelties that few, usually well-off, riders had experience of. But the CB750 was much more than that, because it would offer the everyday rider access to a new era of exotic motorcycles with phenomenal performance at a price that was not much more than the new crop of high-performance machine. We’d been primed with the 750cc triples from BSA-Triumph, and Norton’s refined Commando 750, both appearing in 1968, but the CB750 took motorcycle technology to a new level.

A year or so earlier, Honda had been winning world road-racing championships with works-entered fours and sixes, yet here was a bike with four exhaust pipes that captured the sound and the glory. It breathed performance, yet offered sophistication with overhead camshafts, a five-speed gearbox, press-button starting, huge instruments, a hydraulically operated disc brake and the promise of the same Honda reliability as its smaller twins such as the CB72 and CB450.

The CB750 was a game changer, and within a decade the British machines were history, the other three Japanese factories had upped the ante with their own even quicker machines and fours were the norm. 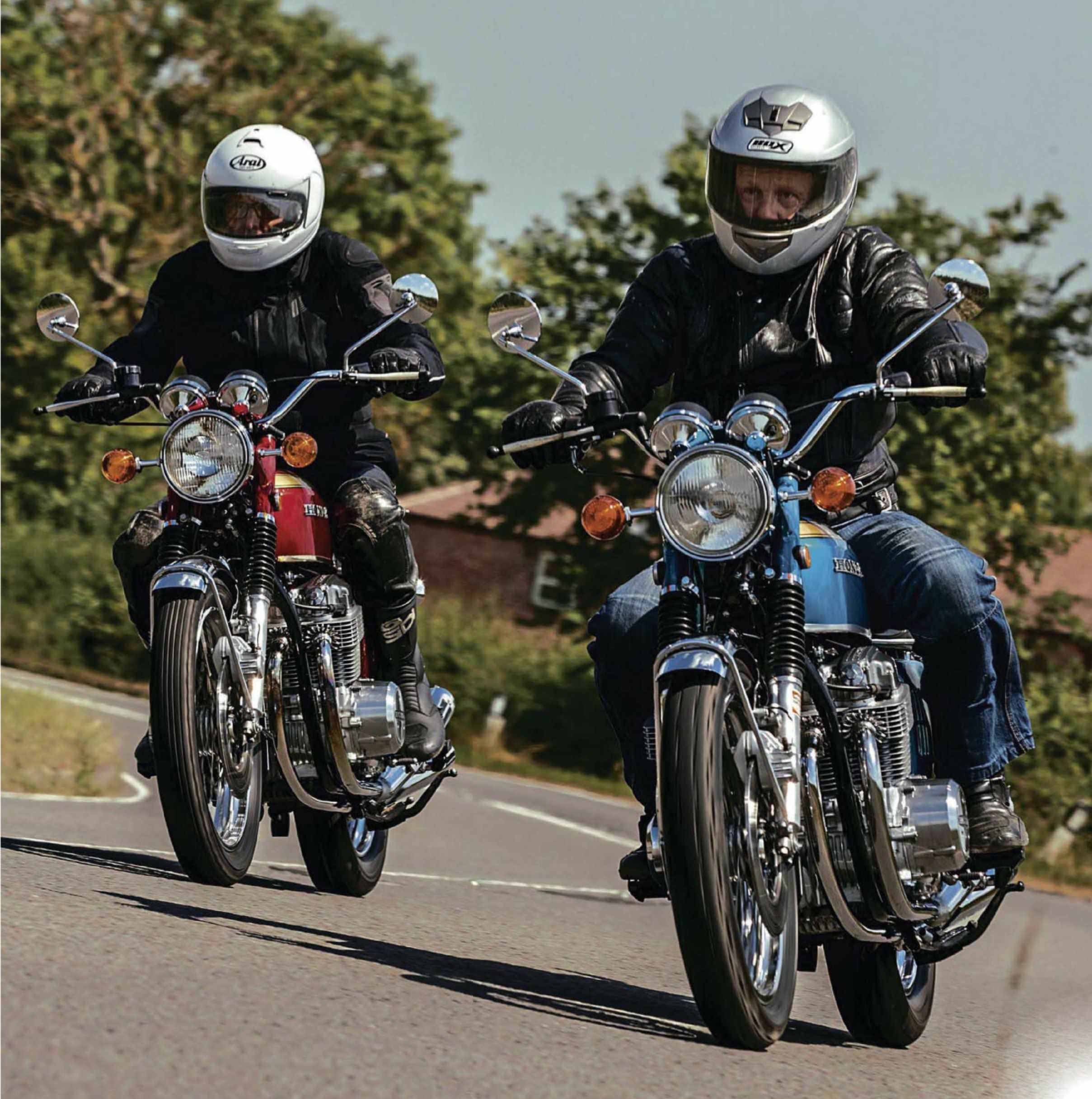 I was reminded just how advanced the CB750 was for its time with a ride on an early example that emerged from the factory in September 1969, less than a year after the model’s launch. Owned by Chris Rushton, this CB750 with just over 16,000 miles on the clock and untouched Candy Ruby Red paintwork is in original condition apart from its Continental tyres. With a frame number 1008054, it has a die-cast engine and was made six months after production started in Japan.

Chris imported it from America in 2009 and is determined to maintain its patina, even carefully repairing the cracked airbox rather than replacing it. He is meticulous with the servicing of his bikes and it shows. I’ve ridden some modern retro-styled machines of late, and despite its 49 years this CB750 didn’t feel a lot different in its preparation with taut suspension, responsive engine and smooth controls.

It looked gorgeous, with bright chrome, a shine on the seat cover and just a few tiny nicks in the paint to show this hadn’t been restored, as many have been. Up front there were the two huge five-inch dials reading to 150mph and 11,000rpm with the red line starting at 8500rpm: lovely.

In fact, it’s so authentic that it even behaved just as magazine testers reported back when the bikes first arrived in the UK. It fired up promptly on the button after the choke lever on the carbs was closed, but being cold-blooded the engine need a bit of coaxing by juggling the lever. Once up to temperature it idled smoothly and after a clonk into bottom gear pulled away cleanly without any need to rev the engine.

At about 500lb (227kg) tanked up, the CB750 can be awkward to manhandle but once on the move the steering lightened and bend swinging became second nature. I particularly liked the riding position: the high handlebar provides a natural feel and the footrests are positioned just behind the nose of the comfortable seat, so you feel like you’re grasping the machine with your whole body. And you could sit astride the bike with both boots on the ground, which is always a good test. Until the CB750, British bikes suffered from footrests that were positioned adjacent to the gear lever, which was too far forward, and the pegs weren’t even symmetrical.

The Honda just felt right. Winding the four up from 2000rpm it felt smooth, but not as vibrationless as some said when it was launched. This CB750 delivered an engaging rhythm that at between 60 and 70mph offered a pleasant balance between throttle response, comfort and sound. 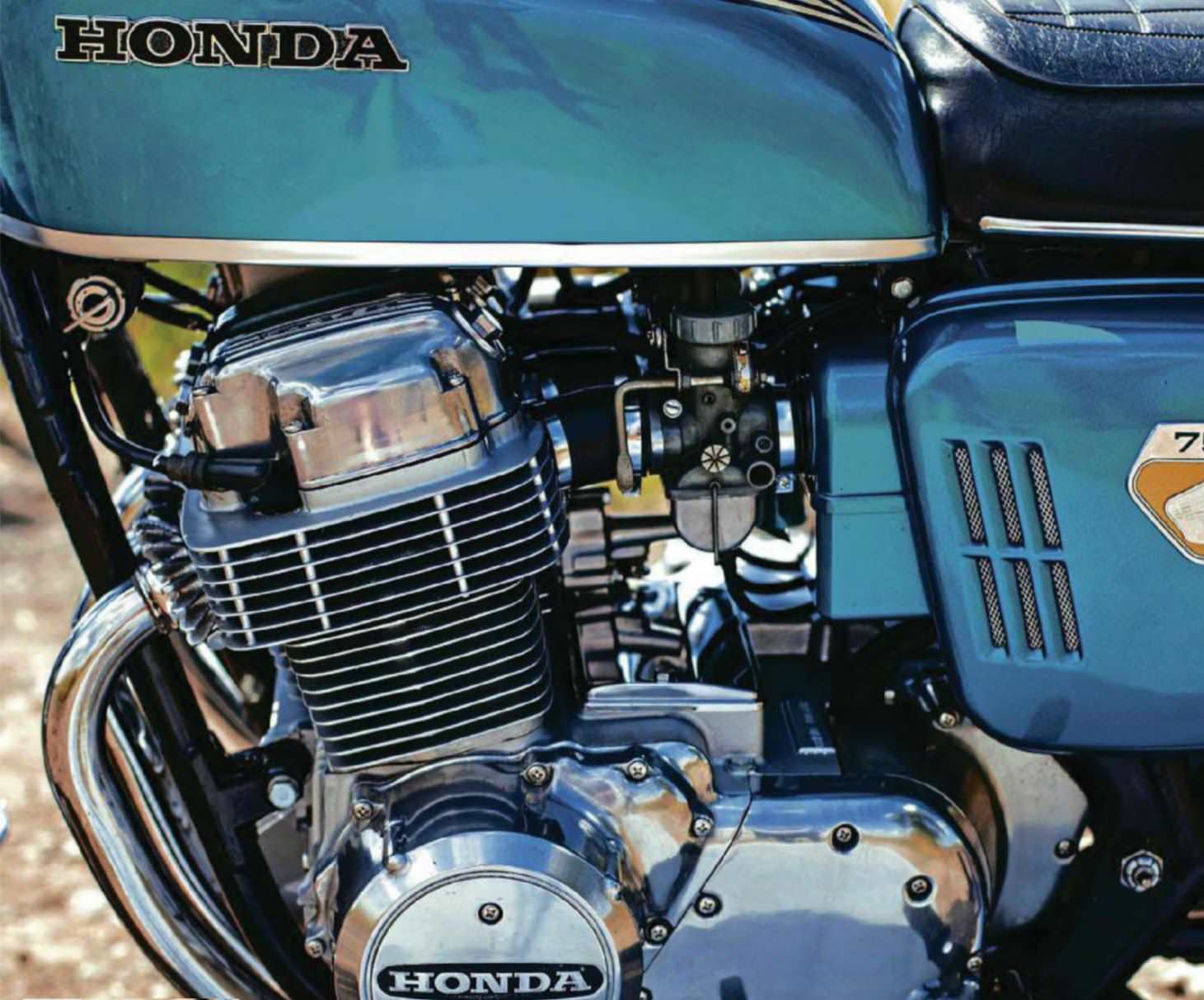