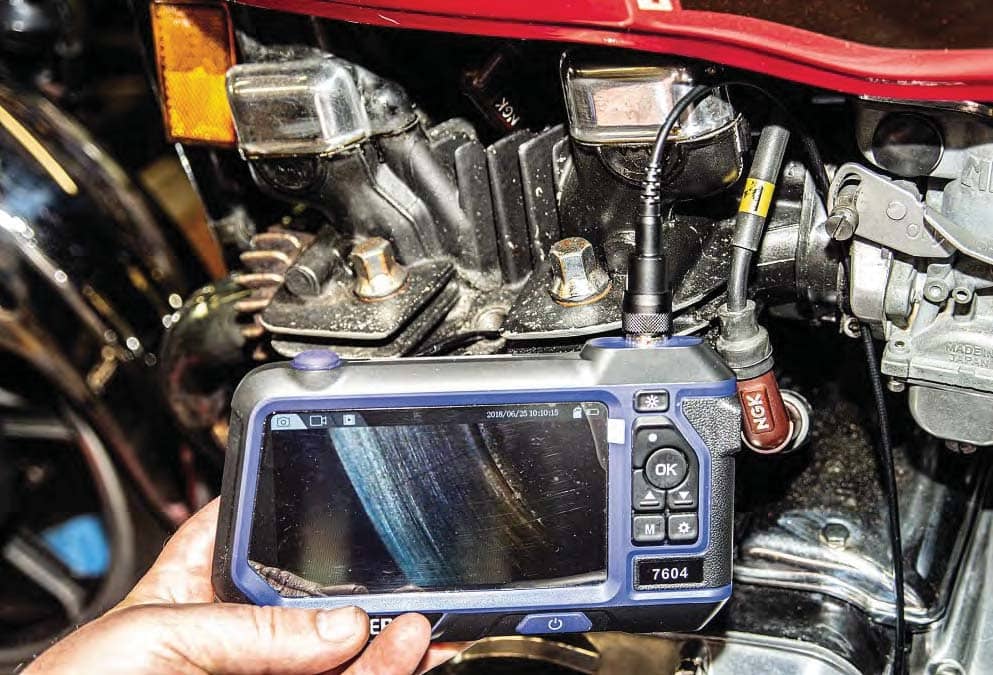 A tool that few people I know own is a borescope. The medical boys have used them for years and yes, I’ve suffered ‘that’ indignity before you ask!

I have been aware of borescopes in the automotive industry for over 30 years, but the early ones were from the Snap-on man with a price tag more akin to a Rolex… The resolution was poor and the image only in black and white with quite a large probe so I wasn’t really tempted.

My first borescope was a Snap-on unit with a colour screen, but still relatively poor resolution. I picked it up second-hand from e-Bay for big wedge. It served me well and helped me diagnose a number of problems. Again, it was a bit limited due to the large probe.

Some years later I was invited to Laser Tools to see their full range of new tools. They showed me what at the time was their very latest borescope and I was absolutely blown away by it. The probe was a mere 3.9mm in diameter and very flexible. The screen was so much better than my own kit and the camera was far higher resolution.