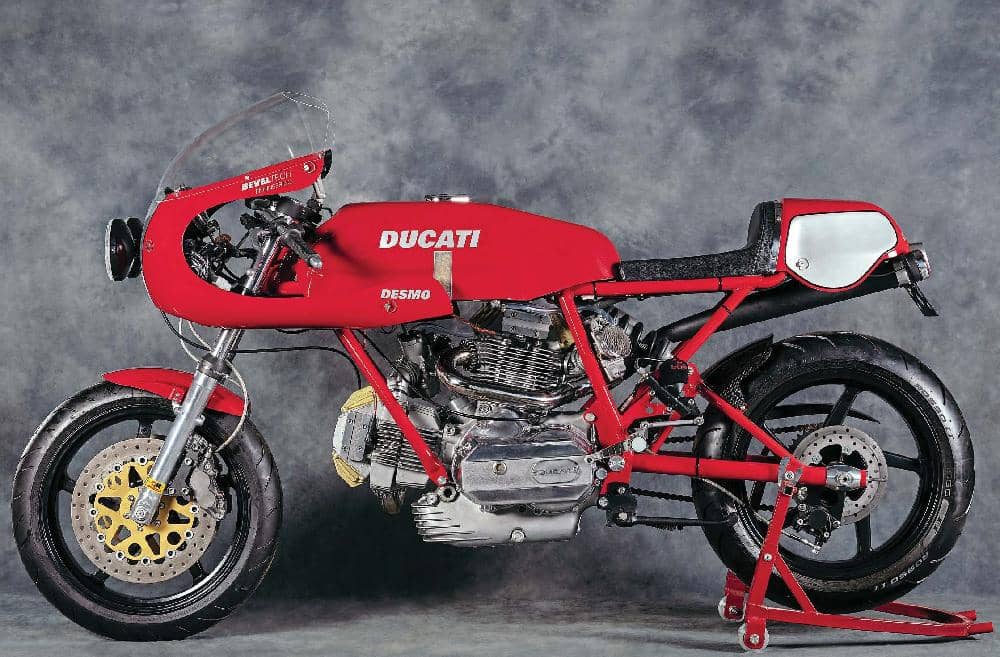 Two bevel-head chefs from Australia cook up one Michelin-starred motorcycle.What a Ducati dish…

What you see here is one very special bevel. You see, the builder, Tony Hannagan, is a legend down under in the secretive world of those that worship at the altar of the bevel-driven Dukes.

Tony owns BevelTech, Australia’s go-to bevel place, where over the decades, many amazing race engines have been built, original bikes restored, customs created and dreams made into reality. Great things can’t go on forever, though, and a few years back at the young age of 60, Tony decided to build his last customer creation and concentrate on engines while enjoying his own many bikes… 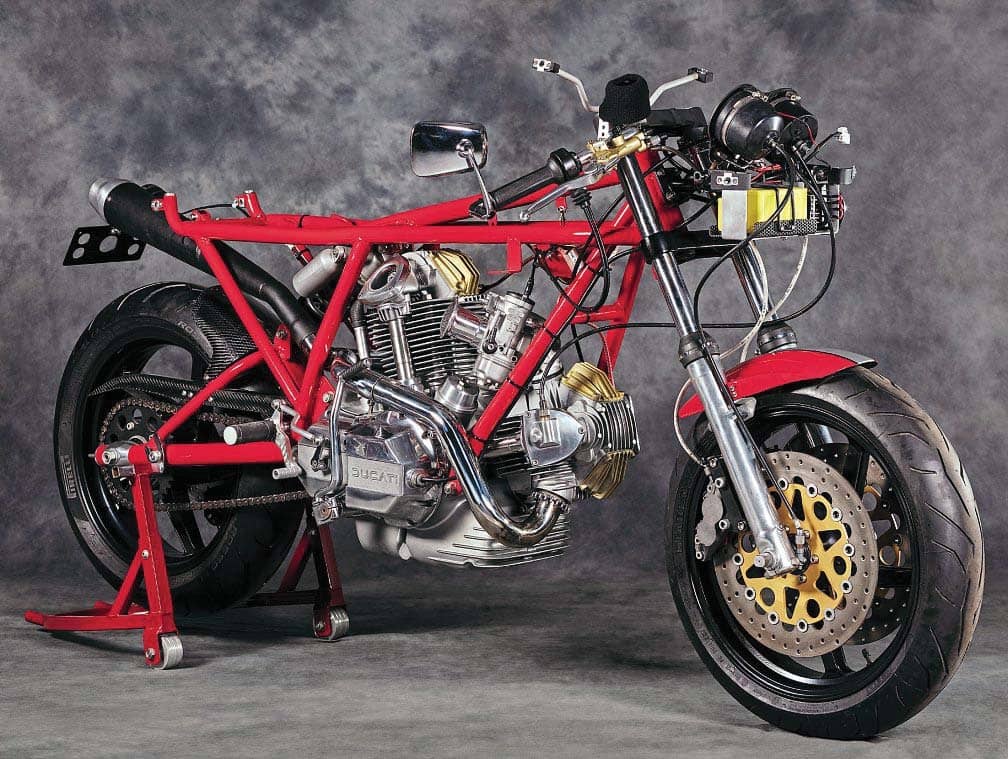 It just happened that at around this time, the owner of this incredible machine, Daniel Poole, was edging closer to biting the bullet and buying his dream bike, a bevel-drive Ducati.

Daniel says: “For years I dreamed of owning a bevel and in particular, I had fallen in love with a custom bevel that was well-known in that community as ‘Vern’. This was built by Tony, so I went about contacting him to find out which particular models are the best donor bikes for such a project, to which he replied: ‘Well I am building something at the moment similar to Vern but better!’ 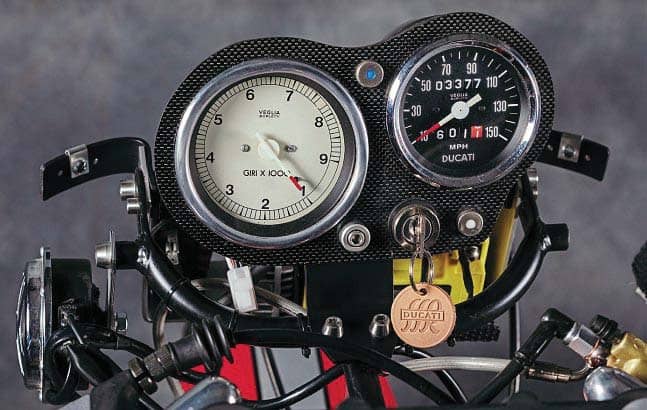 “That got my attention. We discussed the plan, the bike, and the build and then Tony offered me the opportunity to buy in before the bike was done so I could have some input into the build and ultimately at the end, purchase the bike.

“Another reason I was very keen was that Tony announced it would be his last customer custom build, so that made it extra special. Tony would continue on engines and pre-ordered work but this one would be his last build to sell.”