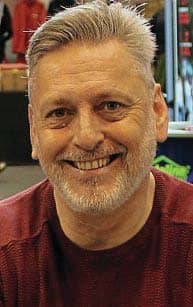 What did Alan Clough, John Griffiths and John Done all have in common?

Let’s just say a lot: firstly, they were all Cheshire lads, who started scrambling in the 1950s; secondly, they all had successful careers on Dots, manufactured locally in Ellesmere Street, Manchester, which, thirdly, caught the eye of Derry Preston Cobb, (Greeves’s ‘talent scout’), leading to factory rides with the Essex manufacturer. Oh, and they were all big admirers of Dave Bickers.

I met and talked to them all between October 2011 and March 2012 and here are some of their reminiscences.

John Done, who died in December 2011, saw Bickers race for the first time at a Bredbury and Romiley scramble (Stockport) in the early Sixties. “I was so impressed with him and the bike flying around like they were on rails. He had a style that I adored and was my first hero from outside the Cheshire Centre.”

John was also on the receiving end of some Bickers banter around that time. “He used to make fun of my Commer van as the track of the front wheels was narrower than the back and you’d get cross-threaded in the ruts when driving down a track!”