Class At The Castle 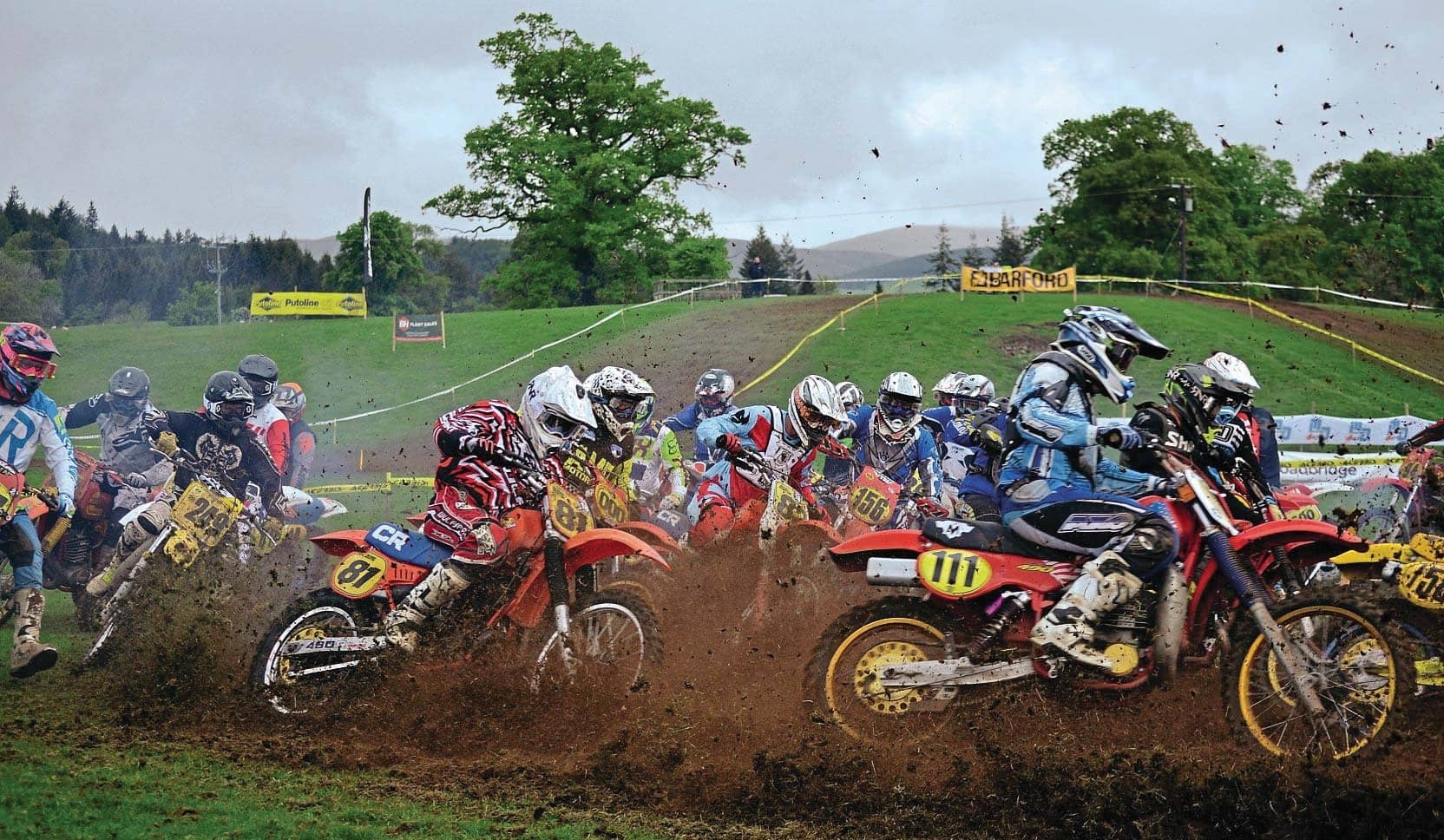 With the magnificent Drumlanrig Castle as a backdrop, how could the MX action be anything but classic?

There is little doubt that Galloway MCC’s ClassicGrand National Scramble of Scotland, held onMay 16-19 this year, is a popular addition to the racing calendar. With all sorts of classes for all sorts of racers, the track is laid out in view of the magnificent Drumlanrig Castle.

Using the combined knowledge of the club members’ scrambles experience, a track of a decent length was laid out with enough variation to test the mettle of the assembled riders.

Classes ranged from twin shocks to classics with pre-78s, over 50s, under 50s, pre-75s and even team races which kept the spectators’ interest up at all times.

The weather was interesting at times but did it dampen the enthusiasm from all at the track? No it didn’t. Nor did it affect the track, which seemed well drained without creating dust.

The start area was separate from the track and riders raced 100 yards or so to join the track for the first corner – for those of us with cameras this was a prime position.

Once through the first corner the entry in each race tended to spread out a bit. There are always races within races where the fast lads are away duelling it out up the sharp end, while further back the mates who arrived together, camped next to each other and are… well… mates… tussle for 20th and it’s no less exciting than the battle for first or second.

This event, from tentative beginnings, has grown to be an experience rather than just a classic scramble, as there is now a road run for those not participating in the racing but still wanting to be involved.

For the competitive element there is also a short circuit grass track on the Friday evening which often proves interesting thanks to the virgin grass being like ice, which sharpens the reflexes and gets everyone ready for the racing on Saturday and Sunday.

The racing was slickly organised at this year’s event, with the riders for the next race lined up on the start line as the current race was finishing, this meant there was little break in the action – except for lunch of course – providing spectators with a full day of action.

If you’ve not ventured into the Dumfries and Galloway area, we at CDB suggest this event is one to mark on your calendar for next year.

As we go to press we don’t have the actual dates as the club is still discussing things with Drumlanrig but it is expected to be around the same time in 2020.