The Other Big Cat 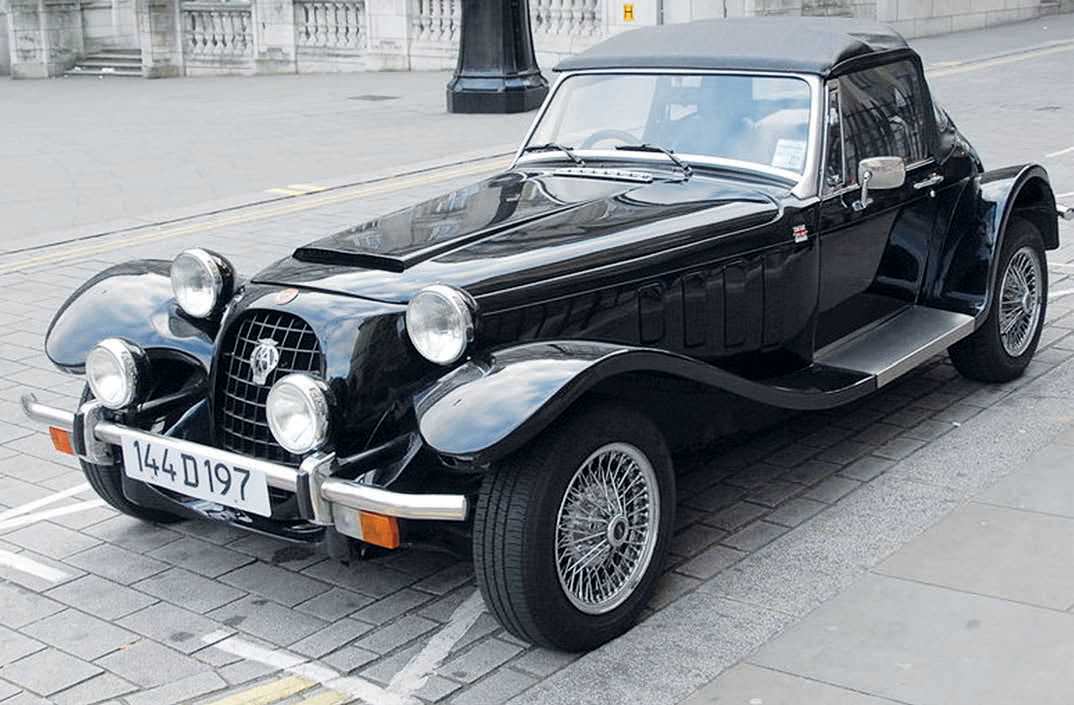 From extravagant replicas and six-wheeled fantasies to the Kallista and a restyled Dolomite, we chart the ups and downs of Panther.

To most petrol heads, there’s a world of difference between designing the latest high street fashions and running a company producing a range of retrostyled sports cars, but this unusual move didn’t seem to faze Robert Jankel when he left the family fashion business in 1972 to found Panther Westwinds in a factory overlooking the famous Brooklands motor racing circuit. Born in London in 1938, Robert Jankel studied engineering at Chelsea College and went on to build his first car, a customised Austin Seven special, in 1954 before reluctantly joining the family fashion business following an unsuccessful stint as a car salesman.

Even while working as a fashion designer, Jankel was still involved with cars and completely rebuilt a vintage 1930 Rolls-Royce, which he promptly sold in 1970 while on a trip to Spain to a bullfighter for £10,000. With the blessing of his wife Jennifer, the daughter of the famous bandleader Joe Loss, Jankel invested the cash he’d received from the sale of the restored Rolls-Royce and founded Panther Westwinds to build a range of specialised sports cars. The name Panther was chosen for the new concern as Jankel hoped it would lead to his cars conjuring up a similar image to those produced by Jaguar, while the Westwinds part was taken from the name of his family home.

The Panther brand became a mainstay of British motor shows throughout the ’70s and ’80s, with the Lima and then later the Kallista making an intriguing alternative to the likes of Morgan. As so often with the low-volume British makers, financial difficulties forced the firm into the ownership of a larger partner in the shape of Korean entrepreneur Young C Kim in the ’80s before becoming part of the giant Ssangyong (later Daewoo) combine. In a superb twist though, the irrepressible Jankel promptly bought back the name and continued making his mark on the UK car industry until his passing in 2005. In the meantime, his Jankel Group remains a major force in the military and armoured vehicle market.

Here then is the story of a remarkable rollercoaster ride which took Panther from Ferrari replicas to restyled Dolomites and the short-lived Solo via the six-wheeled, Corvette-powered folly that was the Panther Six.

The first model Jankel’s newly formed business produced was the Jaguar SS100 influenced Panther J72. Power for the aluminium bodied J72 came from either a 3.8 or 4.2-litre Jaguar XJ straight six and from 1974 a more powerful version was available with a 5.3-litre V12 engine nestling under its traditional centrally hinged bonnet. Back in 1972 the basic cost of a Panther J72 was a whopping £4655, a price that made the hand-built car much more expensive at the time than a Series 3 E-Type. Although the J72 had what many regarded as only a passing resemblance to the SS100, the Panther was popular with many celebrities of the day and the car went on to pick up a prestigious award at the 1973 London Motor Show for the quality of its coachwork and interior fittings.

A total of 376 J72’s were built until production came to an end in 1986 and one of the reasons this expensive replica sold reasonably well was because it incorporated proven and easy to service Jaguar underpinnings mounted on a sturdy ladder frame chassis.