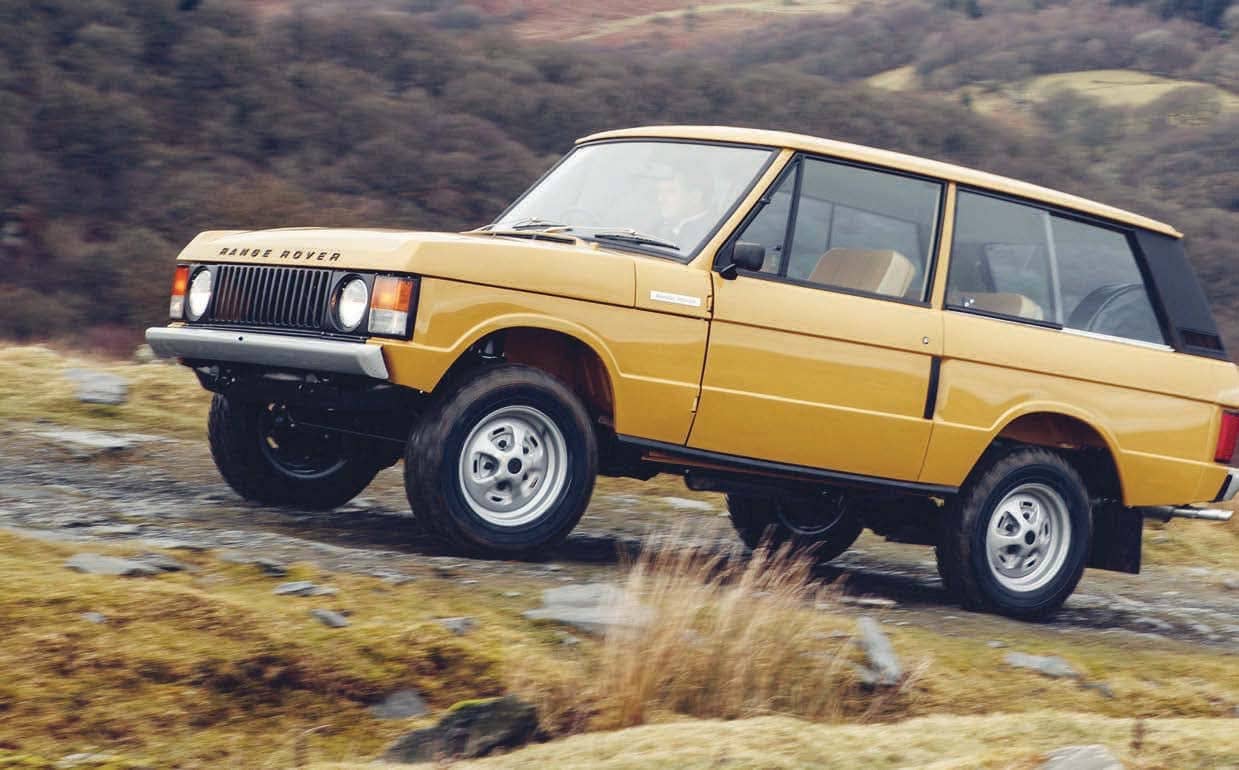 A crossover model before the term had even been invented, the original Range Rover could well be the perfect multi-purpose classic.

If you’ve kept even half an eye on early Range Rover values of late, you’ll know that the three-door models in particular have shot up significantly, their value no doubt being enhanced by the sheer useability of the vehicles.

A collectible classic isn’t quite how the Range Rover’s original designers saw it ending up though, since the original brief was aimed at creating a more user-friendly Land Rover rather than the prestige executive conveyance the Range Rover later became.

The Range Rover’s genesis was in the growing realisation at Solihull that the original Land Rover was severely limited as a road car, even in Tickford-developed station wagon form. A Rover P4-based prototype had even been worked up in 1951 under the Road Rover name which was more of a high-riding estate car than a serious off-roader but with Land Rover sales still buoyant, it was never pursued.

The idea was revisited in the early ’60s when Rover management was keen to enter the US market and after fact-finding junkets to America decided that the growth area was the leisure orientated 4x4 vehicle, as illustrated by the Jeep Wagoneer and the Ford Bronco. The Road Rover concept was dusted off again, but to compete in this market would need all-wheel drive, while engineering chief Spen King also suggested coil spring suspension. At the time, leaf springs were accepted as the way to go off-road, but during trials of a Bronco it had been discovered that the Ford’s front coils allowed greater wheel travel and thus superior traction.

Prototypes were built up using a simple but sturdy box-section chassis with a wheelbase of 99.9 inches which explains why the car was referred to internally as the ‘100-inch Station Wagon’. The coil springs gave the vehicle twice the axle articulation of the Land Rover and when it came to motive power, the ex-Buick V8 engine had come along at exactly the right moment. Some 90kg lighter than the old Rover straight-six engine, it also offered significantly more power and torque as well as the V8 marketing appeal which would be crucial to success in the US market. Ironically, the Range Rover wouldn’t be sold there until 1987, something which Spen King would later put down to the expense of engineering the car to meet the country’s strict emissions and safety regulations.

With the V8 not yet in full production over here, these early prototypes used specially imported Buick engines, with the original Rochester carbs swapped for Zenith-Strombergs since the American carbs couldn’t cope with the steep angles the new vehicle was capable of.

The prototypes also used simple, utilitarian bodywork which was well liked by Rover management to the point that stylist David Bache was called upon merely to tidy it up, retaining the signature features of castellated bonnet and split tailgate.

Like the Land Rover, a steel central structure supported aluminium outer panels, although the bonnet and tailgate remained steel.

The design was signed off in 1968 and the Range Rover was launched in 1970 with just the one three-door body style and the 3.5-litre carb-fed V8 driving through a four-speed box. Incredibly, development of the automatic option and air conditioning were considered more important than the four-door body but neither would be produced first by Land Rover itself: Schuler developed an automatic and a five-speed in 1979, while Swiss coachbuilder Monteverdi offered its own four-door from 1980, with input from Land Rover engineers. 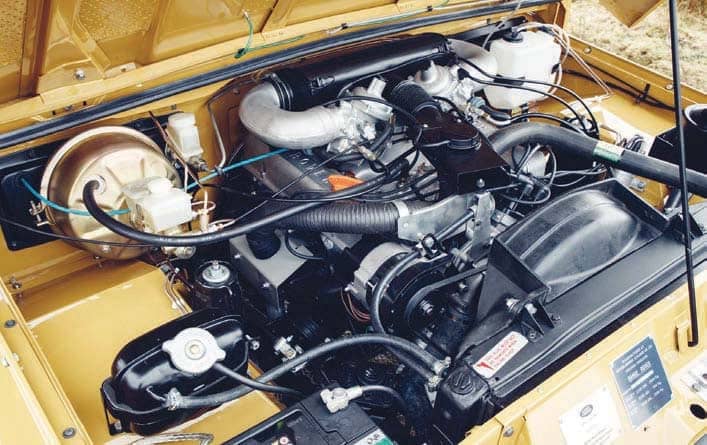 The lack of investment in the product was addressed after newly installed BL chief Michael Edwardes in 1979 gave Land Rover more autonomy: in 1980 a facelift introduced the stick-on badging and revised rear lamps, while the factory four-door (based heavily on the Monteverdi conversion) and five-speed box arrived in 1981, with the automatic option following in 1982.

By this time, the Range Rover was already starting to move further upmarket and had gained plush carpeting and velour trim in place of the vinyl and rubber mats of the early cars. This was mirrored by the use of a specially prepared, more plushly trimmed Range Rover for a photoshoot in Vogue magazine, followed up by an ‘In Vogue’ special edition created by Wood & Pickett which then became a 1000-off production model before Vogue later became a regular trim level.